WARC from Home is a new series to help subscribers brush up on the essentials of marketing during the COVID-19 lockdown. Find all WARC from Home content here.

Every week we’ll guide you round the latest thinking on a key topic, pointing you in the direction of must-read articles, seminal research papers and essential webinars, to ensure you are top of the class when we all finally return to office life.

This week we’re taking a close look at neuroscience, a set of techniques to measure advertising effectiveness that has been growing in popularity among marketers, particularly over the last decade or so.

What is neuroscience? And what are its implications for marketing?

As humans, we’d like to think that we are driven by conscious decisions, whether it’s figuring out how to approach a work project or what brand of yogurt to buy at the grocery store. But the truth is far more complicated; much of our behavior isn’t conscious at all.

Neuroscience measures the subconscious drivers of behavior; as it applies to advertising, it specifically studies how we respond to advertising stimuli, revealing details concerning engagement, emotional response and memory encoding that we may not be aware of, but are nonetheless having an impact on our actions and decisions. Brain imaging methods – which, yes, sometimes include electrodes being attached to a subject’s head! – are one method. Biometrics, which track things like eye movement and skin conductance (a changing measure of how well the skin conducts electricity) are also ways to explore these subconscious reactions.

WARC Best Practice: What we know about neuromarketing (November 2019) 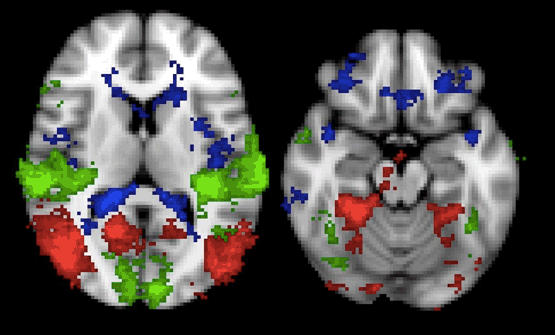 Sounds creepy – but tell me more! Why does this interest marketers?

While neuroscience has been around for decades, it has grown in popularity among marketers more recently as brands have sought not only to understand how advertising works, but also to figure out how and what consumers pay attention to in an increasingly crowded environment. As Robert Heath wrote in an article for Admap some twenty years ago: “Consumers do not regard learning about brands as being very important. As a result, most advertising is processed at very low attention levels, using low-involvement processing.”

To that extent, in addition to helping marketers get at the effectiveness of individual ad units, neuroscience is also important for measuring advertising effectiveness in context, and some studies have shown that advertising performs better when it appears in a fitting context.

The industry’s interest in neuroscience was likely jumpstarted in 2004, when  a seminal piece of research re-created “The Pepsi Challenge” with a neuroscientific spin. Neuroscientists at the Baylor College of Medicine in Houston used fMRI (functional magnetic resonance imaging, which focuses on brain activity) to study both taste and brand preference for Pepsi vs. Coke. In a blind taste test, the brands performed equally, but their parity fell away when the subjects saw the two brands’ different cans. To put it simply, the Coke can made parts of the subjects’ brains light up, but their response to the Pepsi can was the neuroscientific equivalent of “meh.”

The hippocampus was one of those areas of the brain that was particularly activated by the familiar red Coke can, and for those in neuroscience that makes perfect sense. The hippocampus is associated with memory, indicating that the positive feelings many of us have about Coke have to do with our historic associations with it. As Heather Andrew, CEO of Neuro-Insights UK, told WARC in May 2019: “In brand communication, memory response is crucial – if something doesn’t get into memory it can’t possibly affect our future behavior – and one of the crucial characteristics of memory is that it works by association. If we consistently encounter two things together, they become irrevocably linked in our brains, so that seeing one of them will inevitably evoke the other.”

By about a decade after the Baylor study, neuroscience was considered a core part of the market researcher’s toolkit. The Advertising Research Foundation said neuroscience was an important addition to traditional ad research, to be used in conjunction with it, but not as an alternative to it.

Admap: Neuroscience can add insight when used in tandem with conventional research by David Penn (January 2010)

Admap: Low-involvement processing (part one): A neuroscientific explanation of how brands work by Robert Heath (March 2000)

Does this have something to do with concepts like System 1 thinking, fluent devices, and distinctive brand assets?

You’re onto something. All of the above concepts have to do with mental shortcuts. Think of it this way: System 1 thinking is about how our brains operate on autopilot (as opposed to System 2 thinking, which is deliberative). Fluent devices and distinctive brand assets are very effective at putting System 1’s fast, automatic and effortless decision-making in motion. One thing neuroscience can do is examine how those things work together. That said, it’s not necessarily a direct correlation.

I get it – sort of. Can you give me more examples?

Yes! There are plenty.

To get a look at how biometrics works in real-life, it’s worth looking at this case study from Clorox, which measured people’s reactions to entering a clean room as opposed to a dirty one.

Coca-Cola in Western Europe has used neuroscience to tease out the of advantages of telling a story vs. using vignettes, and showing the taking of that first sip vs. product shots.

Beer company Heineken has used EEG techniques – which record the electrical activity of the brain – and traditional testing to tap into existing brand associations.

A study by Nielsen underscored neuroscience’s ability to get beyond traditional self-reported surveys. Its EEG results for the 2016 Super Bowl ad, “Puppy Monkey Baby” for Mountain Dew Kickstart showed subjects had emotional motivation while watching it, but in a self-reported survey the spot got a mixed reception. The neuroscientific results not only predicted its volume of tweets, but also its impact on sales; the brand experienced a 34% increase in sales during that year’s first quarter.

Australian personal budgeting service MyBudget launched a new campaign that featured emotional storytelling and was performing poorly. Using neuroscience, the company discovered that its former campaign, which featured client testimonials, had stronger memory encoding with consumers. When it switched back to the earlier campaign, its fortunes improved.

Does this mean marketers should shy away from new campaigns?

No! But it does mean you should study up on distinctive brand assets, which can help trigger the memory response that is so crucial for advertising effectiveness.

WARC from Home: Distinctive brand assets – what they are and why they matter (March 2020)

For a deeper dive:

WARC Webinar: How to be rational about the emotional with Nick Southgate, Mark Earls, David Penn and Phil Barden (September 2013)

We hope you enjoyed this lesson and found it useful. Please do share any feedback, and get in touch with the WARC team if you would like to find out more.

From WARC from Home

View all of WARC from Home's Opinion posts 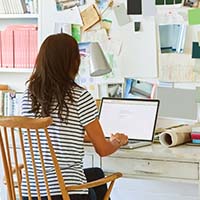