David Stevens, Senior Strategy Director at Wolff Olins, highlights the opportunity for entertainment brands to create value by representing more people with new voices, new stories and new ideas about what excites us and unites us.

This article is part of a series of articles from the WARC Guide to communicating value.

Pre-pandemic, there was already widespread concern about bubbles. The fear was that ‘filter bubbles’ were driving web users to see only content that conformed to and reinforced their beliefs. And ‘social bubbles’ were a reflection of an increasingly divided society where people kept to samey social circles full of ‘PLU’ (People Like Us).

These days bubbles have become a good thing. Support and isolation bubbles reduce feelings of loneliness and keep us safe from infection. And the entertainment industry has been crucial in keeping us safely cocooned.

Entertainment versus the virus

When it comes to the question of value, people overwhelmingly see that entertainment has played a vital role in keeping people safe since the start of the pandemic.

Indeed, according to a study of 7,000 global consumers conducted by Vivendi Brand Marketing in the summer of 2020, 9 out of 10 respondents globally agreed with the statement that entertainment “helped people to stay home and therefore slow the spread of a virus”. Some 77% even believed that entertainment was a “priority” for being able to “get through” the pandemic – a figure rising to 86% in China. Over two-thirds (68%) said entertainment offered them a way to “stay connected” with family and friends.

It’s clear that entertainment brands have helped us stick to the rules of confinement and gave us something to connect over with family and friends.

But during this period did we really learn anything new about ourselves and the world, or did we further distance ourselves from reality and our fellow citizens?

Back to the future

In April 2020, Spotify reported a 54% increase in nostalgia-themed playlists being created. As Bill Withers, Cyndi Lauper and Elvis Presley (Jailhouse Rock, anyone?) featured amongst listeners’ most-added tracks, Spotify commented that “Perhaps Spotify listeners are trying to recreate moments from their past to find comfort, calm, and a break from the day-to-day.”

While it has been fashionable to suggest that the pandemic has merely ‘accelerated’ many existing and positive trends, this sudden spike in nostalgia suggests that some attitudes might be going backwards.

Indeed, to mark Equal Pay Day in September 2020, The Fawcett Society published research stating that societies are at a "coronavirus crossroads" that could impact the progress of workplace equality for years. A third of working mothers reported having lost work or hours due to a lack of childcare during the pandemic. And this rose to 44% when it came to Black, Asian and minority ethnic (BAME) mothers.

An opportunity to look forwards and outwards

In 2021, as people tire of nostalgia-fests and start to wonder which of a plethora of entertainment subscriptions they should take up or renew, we ask whether there is now a new opportunity: an opportunity for entertainment brands to create value by representing more people with new voices, new stories and new ideas about what excites us and unites us.

Netflix is one brand that has already declared itself to be on a more expansive and forward-looking mission when it comes to unearthing new talent and stories.

After recently saying it would double its UK programme budget to £1bn, Netflix has also announced collaborations with Stormzy’s cultural strategist Akua Agyemfra, the film-maker Rapman, and the Sex Education and Ms Marvel writer Bisha K Ali. On the topic of diversity and inclusion, Anne Mensah, Netflix’s vice-president of original series, commented that: “We’ve got to get to a place where if somebody is doing something that doesn’t take an inclusive approach that should be surprising to you. It should be like washing your hands; it should be just what you do.”

An economic case for originality and representation, not just a moral one

Netflix are thankfully not alone in making the case for new voices as drivers of value. Back in 2017, actor Riz Ahmed delivered Channel 4's annual diversity lecture in Parliament. He warned of the dangerous consequences that a lack of diverse stories could lead to believing people from minority backgrounds have been led to “switch off and retreat to fringe narratives, to bubbles online and sometimes even off to Syria.”

But he also provided hope, citing a study released by the Creative Artists Agency which showed that, from 2014 to 2016, films with more diverse casts outperformed others at the box office. Bolstering that data are the box-office numbers of films like Get Out, which grossed $230m and made Jordan Peele the first African American director to cross the $100m threshold in his debut picture. Since then, stars like John Boyega (and Riz Ahmed himself) have helped the Star Wars franchise become far more inclusive – and crucially, relevant again. And the hit animation Soul, which premiered on Disney+ in December 2020, made history with Pixar’s first Black lead and first Black feature director in the studio’s 34 years.

As time moves on, so has the diversity argument. It’s now a poor business decision to stick to the same on-screen voices and faces, not just a poor moral one. Because as Ahmed put it: “Culture is a place where you can put yourself in someone else’s shoes, and a one size shoe shop just doesn’t make any sense.

Ensuring representation on-screen and off

One way to ensure entertainment brands are more representative and thus delivering value is to sign up to measurable standards on diversity.

In the UK, Diamond (Diversity Analysis Monitoring Data) is an end-to-end process for collecting and reporting diversity data. Diamond creates, for the first time, a common standard for monitoring diversity across all the main broadcasters (including the BBC, ITV, Channel 4 and Sky). From now on, production companies will be asked to collect diversity data from everyone working on a production, both on- and off-screen.

These kinds of standards could help other entertainment sectors drive up their relevance.

One sector with room for improvement is the predominantly white, male world of video gaming. Whilst the popularity of video gaming has benefited massively from international lockdowns, the industry has a long way to go; women make up less than 30% of UK gaming industry roles and around 1 in 10 people are from ethnically diverse backgrounds – slightly higher than the national working average – but representation is notably less in senior roles.

This suggests that the industry is missing out on big business opportunities. According to TechCrunch, there are 2.5 billion gamers in the world, a group that includes consumers across every ethnicity and age (especially in mobile gaming, the largest market segment). Plus, 57% of video game players in the US between the ages of 6 and 29 will be people of colour in less than 10 years. For hundreds of millions of gamers globally therefore – particularly in demographics driving the industry’s rapid growth – there are very few games whose stories are made by or centre on characters like them.

There’s a certain irony behind the idea that to help keep people safe as well as loyal and ‘in their bubble’, entertainment brands need to think about how to continually burst it.

It’s a challenge that is both morally and economically exciting, as it means constantly looking for new ways to unearth and employ new voices, as well as developing their highly original and relevant ideas.

Only by looking forward and outward, beyond the confines of nostalgia, all-white period drama and remakes of Hollywood classics that entertainment brands can offer lasting relevance and value – and stop audiences simply turning off or worse, retreating to the past.

Read more articles from the WARC Guide to communicating value.

The WARC Guide to communicating value

The value shift: The consumer drivers and recession-proof strategies for a post-pandemic world
WGSN

What value do you create? Marketing’s three types of value
David J Carr 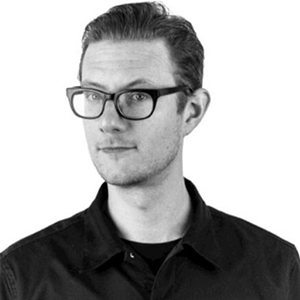