In the Emmy-nominated Procter & Gamble commercial “The Look” and in a newer Procter & Gamble commercial created just after the death of George Floyd – “The Choice” – the creative director Keith Cartwright and his partners have brought the power of imagery to create empathy, giving viewers of all colors and ethnicities a window into the struggle of being Black in America.

This article is part of a series of articles from the WARC Guide to brand activism in the Black Lives Matter era.

These commercials serve as a reminder that much of how people perceive the movement is visual. One reason that George Floyd’s death resounded so deeply was that it was caught on video. Consequently, the thousands of photos and videos of protests provided a window into how much of the world reacted, a window that proved even harder to turn away from when the pandemic stripped all of us of our usual distractions. In this interview for the WARC Guide to Brand activism in the Black Lives Matter era, Cartwright – who founded his eponymous agency in January (under the WPP umbrella in partnership with Grey Group) talks with guest editor Kai D. Wright about the connection between imagery, empathy and authenticity. 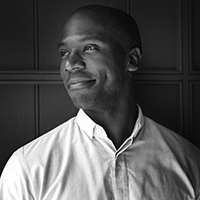 What images (or videos) associated with BLM do you find most impactful?

There are some images that will last forever. Early during the BLM movement, just after the police shootings of Alton Sterling and Philando Castile a photo was taken of a black woman, Iesha Evans, in Baton Rouge. She was standing in front of police officers who were in riot gear. Her arms are open, as the police appear to be charging towards her. The shot was perfectly taken in time to capture the officers a few feet away from her. It's a powerful photograph because of the contrast between these charging officers in military fatigues and this peaceful woman with her arms open.

Then of course there’s the image of George Floyd, moments from death. That incredible image will be stained on my memory forever. It truly stands out as the image that defines 2020 in so many ways.

We also have the photo of President Trump standing in front of St. John’s Church in Washington, DC holding a Bible. Regardless of what side you are on, this photo speaks volumes to the state of our country at this pivotal moment. We see a President trying to create an image of godliness and trust; meanwhile, off-camera protesters are being gassed and pepper sprayed to move them away from his photo op. You can’t see this image without imagining what’s happening on the other side of the camera.

In targeting different ethnic groups, there’s long been a tendency to be inclusive, rather than being culturally relevant in targeting. How much has the industry moved forward with this, instead of – for instance – merely folding the Black audience into white culture, depicting Blacks in “white” situations?

There is a clear omission by marketers in how they market to Black audiences. Their approach has been, for years, to build brands for white people first, and then figure out how to adapt and talk to other markets later. This means taking a brief and trying to figure out how to “talk” to Black audiences; that process turns the Black market into an afterthought. What we then get are ideas appropriating Black culture to make sense of a brief that wasn’t built for modern society.

The next misstep, or evolution if you will, is to use casting as a way to say, “we see you,”  when in fact all it does is remind people of color that we are a ‘fish out of water’ in so-called “white society”. Force-fitting us into this world is both inauthentic and blind to the reality around us.

What works best, and in my opinion the only way it should work, is to have the right people in the room from the beginning. If your starting point has a diverse group of thinkers and creators, you will get work that is innately inclusive. Creatives always put themselves into what they create. When Leonardo da Vinci painted the Mona Lisa, the painting to some looked like him, because what you create always contains a portion of yourself in it. The same goes for what we make in marketing. This is why we have to be more than just inclusive. We have to be relevant.

Everything starts with the strategy – what’s the business problem? Who’s our audience? If you go into strategy blind by not understanding your audience or the cultural context, based on the world we live in, your output will be blind, and potentially damaging.

What brands have made major missteps in their bid to be more reflective of Black culture, and what can other brands learn from their mistakes?

The biggest missteps are brands that jump into the middle of conversations that they have never been a part of and don’t understand. It demonstrates an ignorance, a lack of empathy and of depth concerning the subject matter. We have seen brands come in and misappropriate the moment because they think they know what is going on. But they don’t. Pepsi, of course, found itself in the middle of an outcry for inserting itself in the wrong way into the early BLM movement with Kendall Jenner offering up a Pepsi to the police.

Brands should take a step back and really listen. To start, they have to figure out who they are as a brand. Then they can make a plan based on what feels natural and authentic to them. Consider Ben & Jerry’s – the brand can jump right into a cultural conversation because it has been having conversations like this for a long time. Even before they were popular.

Even a well-intentioned brand can misstep – and face cancel culture. Dove’s Real Beauty campaign has been a beacon to women for years for celebrating them as their true selves. But a Dove advertisement in Asia showed a black woman turning white by removing her brown skin. How does this happen? Were the right people in the room? Did they speak up if they were? Did they feel they had permission to speak up? And if not, why? 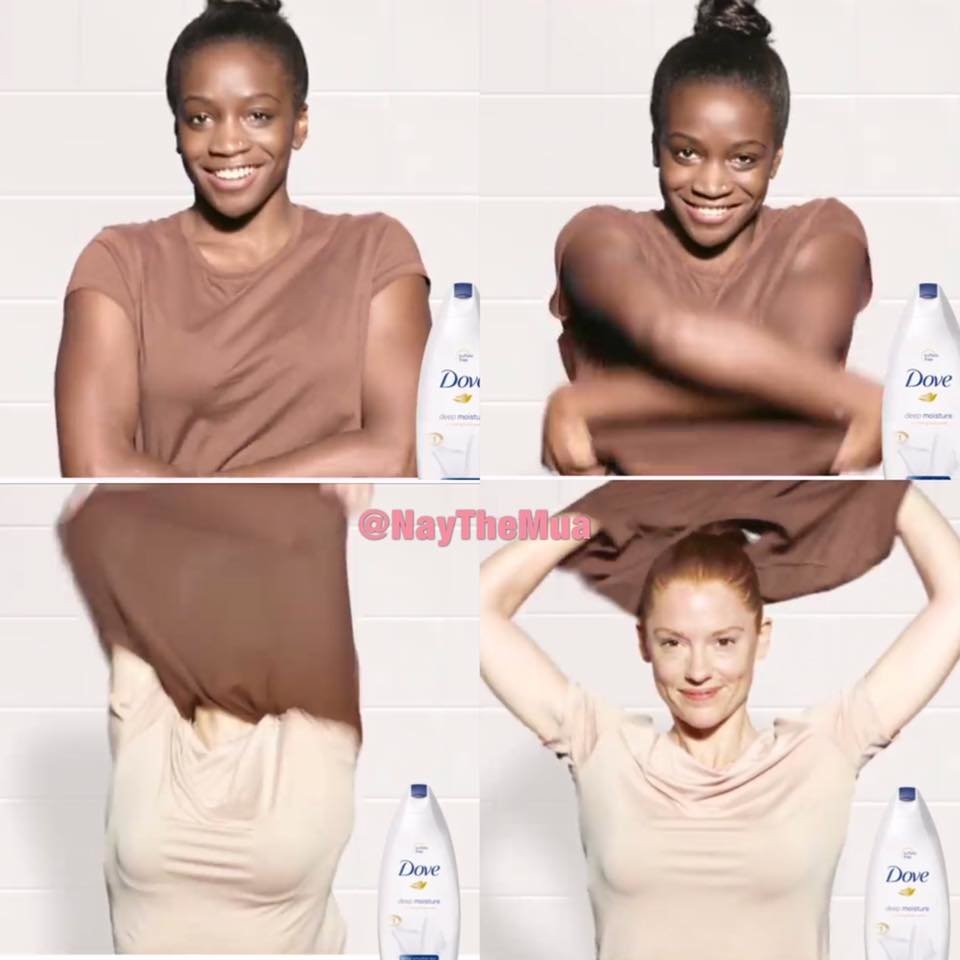 From an art direction standpoint, if you were giving direction to clients and/or creative directors, what are the main considerations in terms of imagery that creators should have in mind when touching on themes related to Black Lives Matter? Is black and white imagery more compelling? Should there be “tension” in the imagery?Are words/language necessary or just visuals alone?

The images we use or the way we frame a story is about how to create an emotional connection. In the attention economy, we want work that stops the audience and then invites action that drives them to post on their social channels. To do this, we need to focus on the emotional drivers and the kind of emotion we are trying to get to with the viewer. Excitement? Happiness? Joy or anger? Frustration? Anticipation? Or in many cases empathy. The emotional response we are going for describes the visuals but is also tied to the mood that we create with music and scene and other cues.

You were part of the team that created two of the most iconic commercials of the Black Lives Matter era: “The Look” when you were at SATURDAY MORNING, and more recently “The Choice,” in partnership with Grey. Let’s talk about the key considerations for imagery in those two spots.

“The Look” focuses on the distrustful looks that Black men experience each and every day and also makes people face their prejudices when they discover that the protagonist is a judge, enforcing the law. Why did you make a decision to feature a Black man only in “The Look”? What was the primary message sought in that imagery?

With “The Look,” our creative strategy was to show what bias looks like from two points of view. We see the look as the Black protagonist experiences them in the different scenes – the elevator, the car door window rising, at the diner – and then we see how the look resonates with him.

The look is something that people of color deal with every day. We wanted to establish the historical context of what bias looks like from the point of view of an African-American man. Scenes at a lunch counter and a swimming pool are familiar moments from racial clashes experienced during the Civil Rights Movement. Our story tells about the microaggressions that a Black man can experience on a daily basis. It was important to show this through two perspectives – from those who are looking at him through their own biases and then how he registers the looks he receives.

The copy in “The Choice” is simple and powerful, set against visuals of black or white skin:

"Where are we to go?
How are we to respond when we are shown.
Over and over and over.
That our lives do not matter.

Words  and feelings are not enough.
Now is the time to take action.
Read. Listen. Donate.
Plan. March. Vote.
Speak out. Step in. Step up.

How you use your power is a choice.

To accompany those words, what choices did you make concerning imagery in “The Choice”? For instance, why show people’s backs? Was it due to the historical context of whippings, finding commonality around skin, or other reasons)?

“The Choice” is both a statement and a question. Its goal is to inspire action. (And at the end, we tell people they can begin by going to pg.com/takeonrace.) In creating this ad we focus on skin – specifically skin color because that is the only thing that really differentiates one from the other. The differences are only skin deep. That’s it. The images shift from eyes, to ears and other body parts and from black and to white.

The intent is to drive individuals that not being racist is not enough. That the silent majority needs to stand up and be anti-racist. 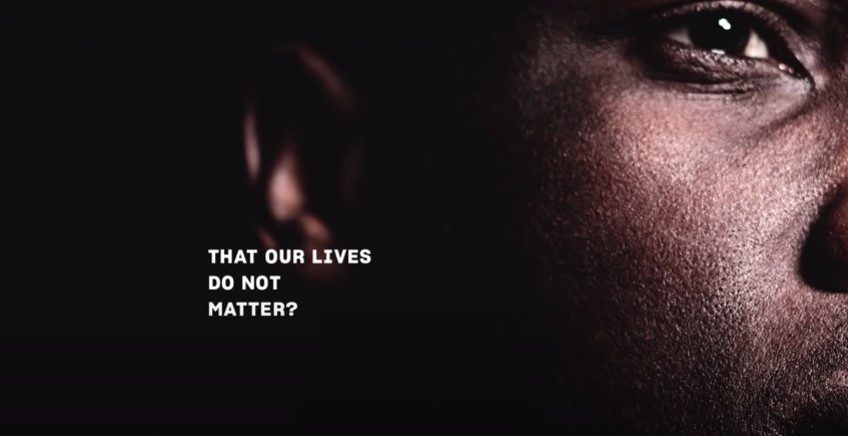 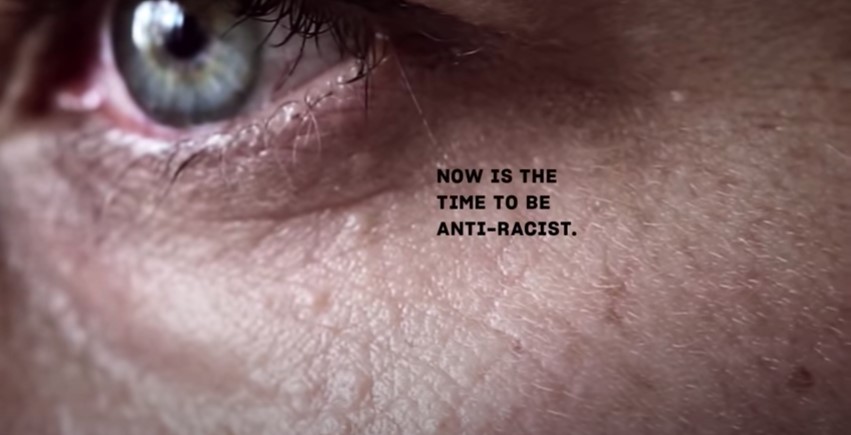 What is the best advice you can give brands as they try to navigate how their brands should respond to the current climate?

Read more articles from the WARC Guide to brand activism in the Black Lives Matter era.

Lessons from failure: The ethical, and economic, opportunities in pursuing diversity
Lydia Amoah

Will Corporate America ever change to reflect the New America?
Jeffrey L. Bowman

At long last, responding to a call for change
Amiyra Perkins

What companies can do to root out omnipresent, but often invisible, bias
Felicia Scott 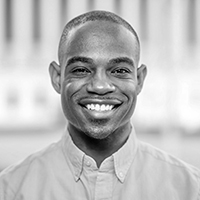