Singapore Airlines registered the biggest increase in Advertising Awareness for November 2021, thanks to its latest campaign.

According to data from YouGov BrandIndex, which tracks perceptions toward brands on a daily basis, the airline company saw an uplift of +8.9 percentage points throughout the month.

The airline rolled out its new ad campaign ‘We Look Forward to Seeing You in the Air Again’, which follows different travellers at various stages of their trips. The campaign is aimed at reassuring customers that their well-being is the airline’s top priority. 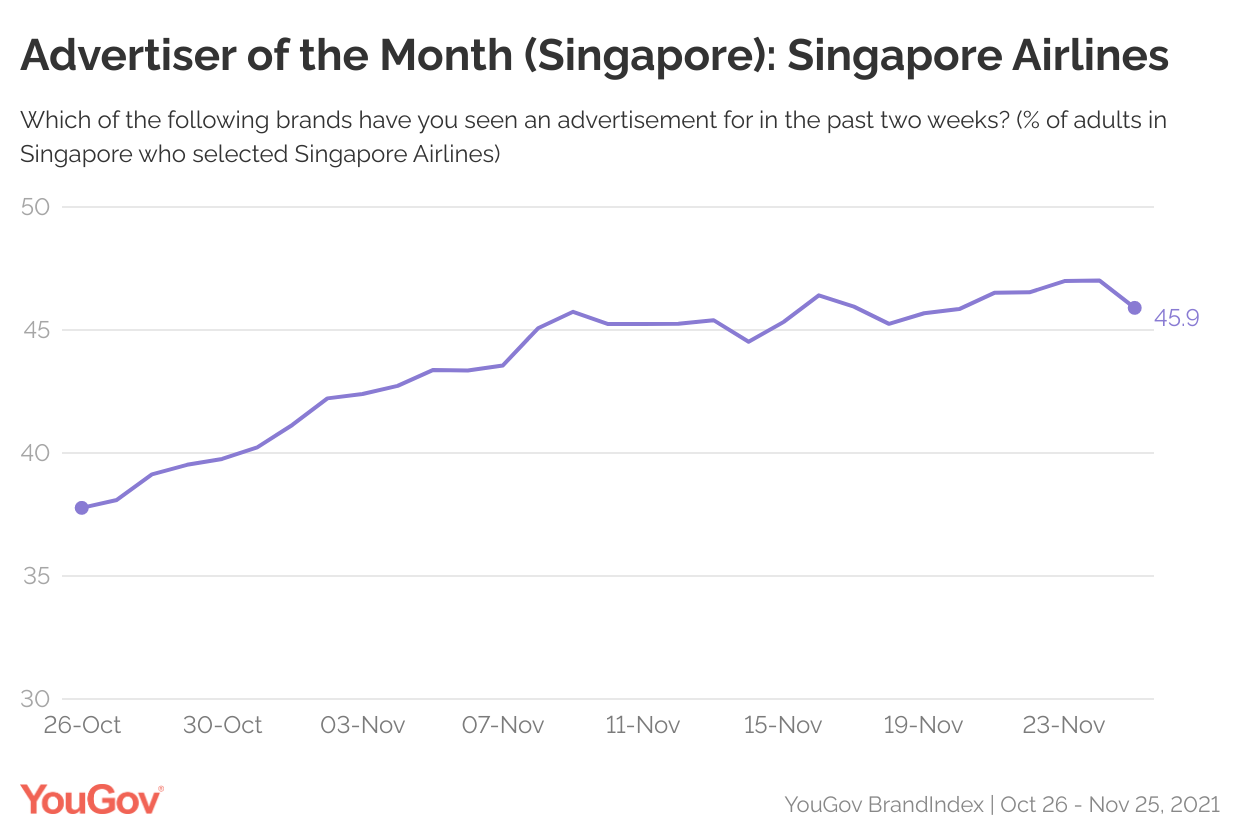 YouGov’s BrandIndex data also reveals that Singapore Airlines saw its Buzz score, which tracks if consumers have heard something positive or negative about a brand, grow during the same period. Its score rose from 38% on October 26 to 42.7% on November 25 (+4.7 percentage points), indicating that the share of positive discussions around the airline increased during this period.

This rise in Buzz coincides with Singapore Airline’s launch of its new service Flight Pass, which will allow customers to purchase discounted ticket bundles without providing travel dates or the names of travellers. The pass can be used against future bookings.

Methodology: BrandIndex collects data on thousands of brands every day. A brand’s Ad Awareness score is based on the question: “Which of the following consumer brands have you seen an advertisement for in the past two weeks?” and delivered as a percentage. The data is based on the interviews of Singaporean adults aged 18+ between October 26 and November 25, 2021. Learn more about BrandIndex.