Fever-Tree wins the UK’s Ad of the Month accolade for June.

According to data from YouGov BrandIndex, the company’s Ad Awareness metric – a score that tracks how many people have seen a brand’s advertisement in a particular region over a specific period – has seen the highest rise of any brand in the country. This score rose to 11% on June 24 from 8% on May 25. 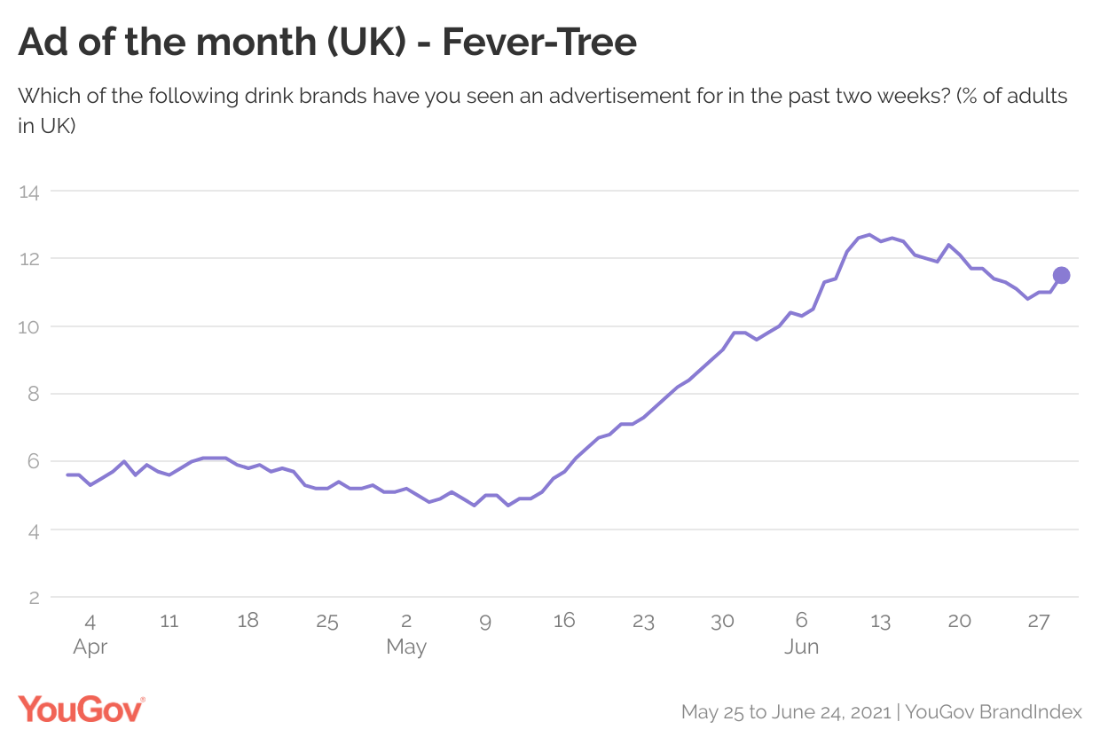 From taking up residency at events to organising workshops, Fever-Tree has managed to get the attention of consumers throughout the months of May and June. The brand is running a £2m multi-channel campaign alongside Smirnoff No.21 this summer to persuade UK consumers to “Spritz Up” their drinks. 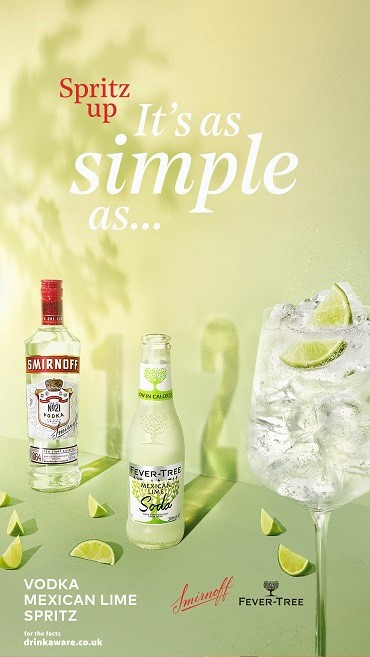 Fever-Tree also announced its comeback to bars at the Kia Oval cricket ground where it will serve drinks from June to September at the One-Day Internationals, Test matches, T20s and The Hundreds.

The return of the brand’s three-year old partnership with The Gin To My Tonic, a roadshow organised for gin enthusiasts, was also announced early in June. The show is known for its cocktail-making masterclasses, blind taste challenges, presentations from distilleries, tonic and garnish tutorials and theatrical bartender performances. On June 3, Fever-Tree also announced a virtual masterclass to celebrate World Gin Day.

The brand promoted events and workshops on its social media pages and the campaigns seem to have paid off. Ad Awareness for Fever-Tree was around 8% on May 25 and saw a steady rise to reach 13% by June 12. After this, the score slid slightly to settle at 11% by June 24.

The brand’s Buzz metric – a net score derived from whether consumers have heard something positive or negative about a brand over the past two weeks – also climbed to 7.9 points on June 20 from 6.5 points on June 1.

Consideration, which indicates how likely consumers are to consider purchasing a brand, also bounced back to 22 points on June 24 after seeing a slump of 20 points around mid-June. Data also shows that Fever-Tree’s Satisfaction score rose from 21 points to 23 points between June 1 to June 24.

Methodology: YouGov BrandIndex collects data on thousands of brands every day. Fever-Tree's Ad Awareness score is based on the question: Which of the following drink brands have you seen an advertisement for in the past two weeks? Scores are based on an average daily sample size of 1,224 adults in the UK adults between May 25 to June 24, 2021. Figures are based on a 4-week moving average. Learn more about BrandIndex.