Brands need to get serious about the games industry and the growing female presence within it, says Julia Rast of Xaxis.

The video games industry is expected to be worth $200 billion in 2023 and much of the investment is being driven by an increasingly diverse audience. Almost half (45%) of European gamers are female, but outdated views and stereotypes are still being upheld by the industry and gaming community alike.

As a result, there is a remarkable gap in the market when it comes to in-game advertising. A Newzoo study on gaming shows half of UK players (47%) believe diversity is important and 41% avoid games that aren’t inclusive for them. By including video games in the media mix, brands can seize an untapped opportunity to reach an enormous, highly engaged, and currently uncatered-to female audience. Critically, they can also play a major part in reshaping the gaming landscape for the better.

Targeting the spenders and the decision makers

Despite often being overlooked in advertising, women hold increasing buying power and account for the majority of purchases. When buying consumer goods, women are the primary decision-makers in 85% of households and they influence at least 80% of all household spend.

Coupled with gaming no longer being a niche pursuit for women, brands have massive potential to reach a valuable audience in an undervalued environment. It is now more important – and productive – than ever to leverage gaming as a channel not only to deploy advertising for success, but for good too. Research has revealed just 12% of next-generation video games exclusively feature a female protagonist, which means there’s more that can be done to appeal authentically to women through this form of entertainment.

What advertising can contribute to the gaming landscape

To date, there have been some attempts by brands to reach women in gaming, for example with Louis Vuitton’s in-game skins and content in partnership with League of Legends. Additionally, Gillette Venus appealed to Animal Crossing’s female audience by working with digital designer Nicole Cuddihy, so gamers could customise their in-game avatars with features such as freckles, body hair, and stretch marks.

Catering to the nuances of audience segments is as much a priority in video games as other media, for instance in understanding primary motivations. For women, research uncovered that completion (gaining all collectibles and accomplishing all missions) and fantasy (being someone else or somewhere else) are the most common motivators behind gaming habits. Advertisers have a responsibility to ensure advertising adds value to the user experience, which can be achieved by responding to gamers’ top reasons for playing and catering to their specific interests. Although the female focus for in-game advertising remains a rarity, a few major brands are launching campaigns that consider these motivators and are much more in touch with audience needs.

By using ad campaigns to address these needs and champion female characters, brands can reposition how women engage with and are perceived in the gaming industry. What’s more, no entity has laid claim to being the brand for women in gaming. Brands have the potential to be an agent of change in this space and to reap the rewards this entails – heightened reputation, consumer loyalty, and trust.

Female gaming influencers are also on the rise: LDShadowLady and IHasCupquakes have built engaged, millions-strong communities with shared interests beyond gaming. From pets to DIY projects and cosplay, brands can connect with audiences authentically through multiple avenues. By actively participating in conversations around diversity and inclusion as well, they can establish a leading presence among female gamers.

There’s room, too, for brands to weigh in on how to gauge the impact of their efforts reaching female audiences. Especially now, capabilities are advancing quickly. Industry bodies such as the IAB have dedicated taskforces to exploring and expanding advertising measurement solutions in gaming. These collaborative efforts are not only making in-game advertising more scalable and sustainable but will support more brands with engaging other new audience segments as well.

The presence of a large female audience combined with new measurement capabilities means brands not involved in gaming are missing out. The gaming landscape is home to highly engaged audiences, remains untapped by competitors in a busy and crowded digital world, and presents the opportunity to be a force for good in the industry. In other media, advertising has proven its ability to raise awareness, contribute to important conversations, and inspire change in addition to delivering core business outcomes for brands. Done right, in-game advertising should be no different. 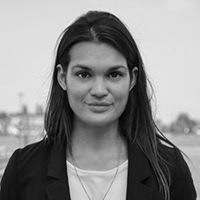 Julia is Global Solutions and Innovation Manager at Xaxis.
Get a demo
Topics
Send feedback