WARC’s Chiara Manco looks at work that stared gender bias in the face by actively challenging it.

“A challenged world is an alert world” is how International Women’s Day introduced its 2021 theme: choose to challenge. This powerful call to action is a reminder that only by actively challenging bias and celebrating women’s achievements can gender parity be achieved.

Here, we look back at brands that have used their influence to educate, inspire, empower, and ultimately lay the foundations for a more equal society.

2019 UK research surfaced that representations of female bodies in advertising caused nearly a quarter of women to feel ashamed about the way they looked. Meanwhile, in the US, personal care brand Dove found that 70% of women didn’t see themselves represented in the media. Stereotypical representations of women in advertising have been proven to limit them in all areas of life – from the professional to the personal. Through Mindshare, Dove partnered stock image website Getty Images and Girlgaze, a global community of female and non-binary creatives, to launch Project #ShowUs and effect systemic change.

Through Girlgaze, it recruited more than 300 photographers and produced over 5,000 images. Then, it made this collection of authentic, diverse female representations – inclusive of female-identifying and non-binary individuals – available to media and advertisers on Getty. Since the launch of Project #ShowUs, 1,300 companies across more than 40 countries have downloaded over 15,000 images from the library. As a result, Getty was inspired to increase women in its workforce by 35%, and Girlgaze was able to create a global jobs platform ensuring gender parity. 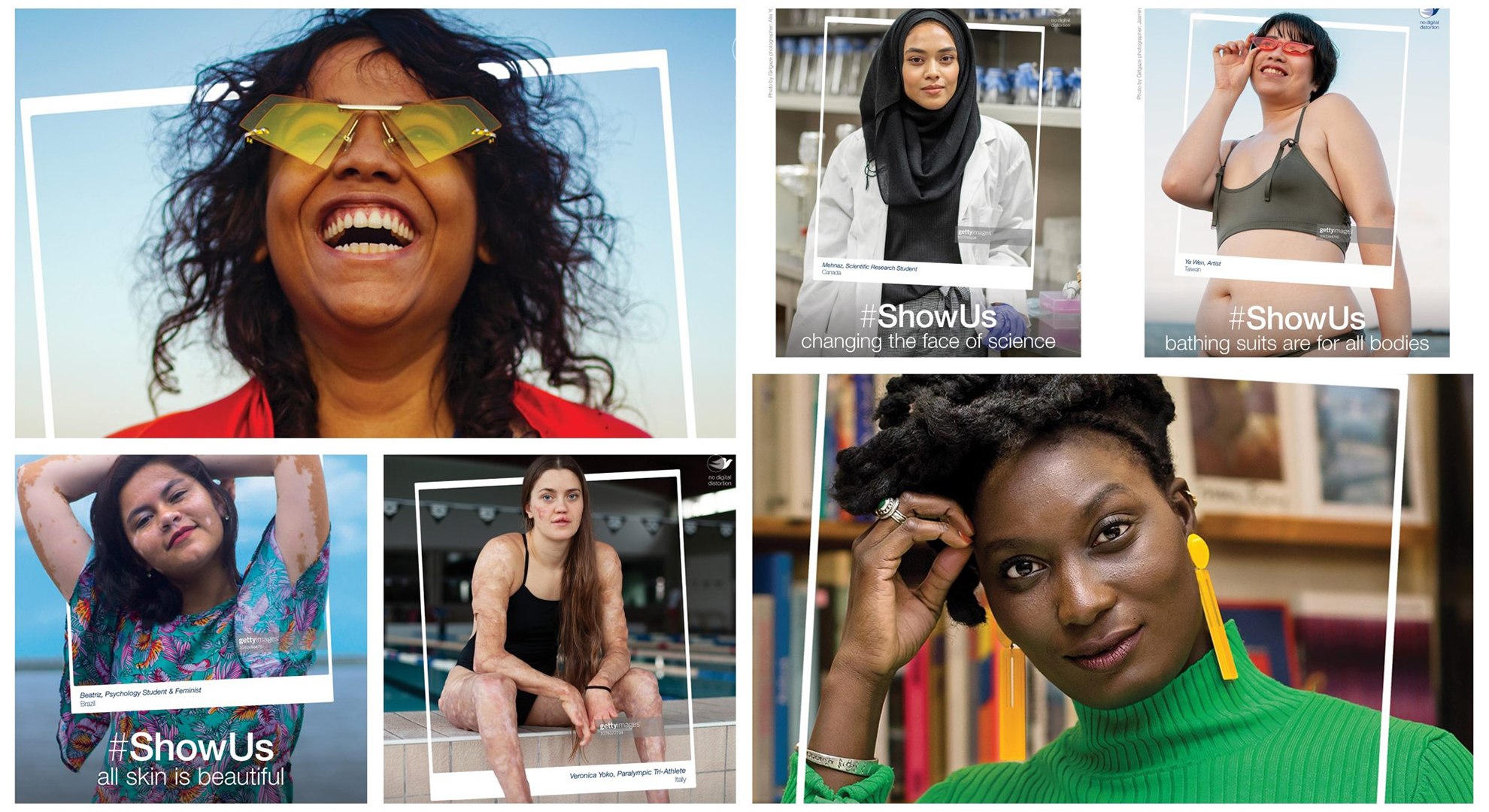 In 2018, toy brand Barbie started to make its doll range more diverse and representative of real women’s careers and ambitions. Global campaign Imagine the Possibilities marked the shift to a new commitment to empower young girls and saw the introduction of Petite, Curvy and Tall Barbies. Building on this purpose, in 2019 Barbie continued to challenge stereotypes with the Dream Gap Project Fund, which raised money for organisations invested in girl empowerment. It created two new lines of dolls – one representing women role models from all over the world, the other celebrating careers in areas that are still underrepresented by women – and donated $1 from each doll sold to its partner organisations. 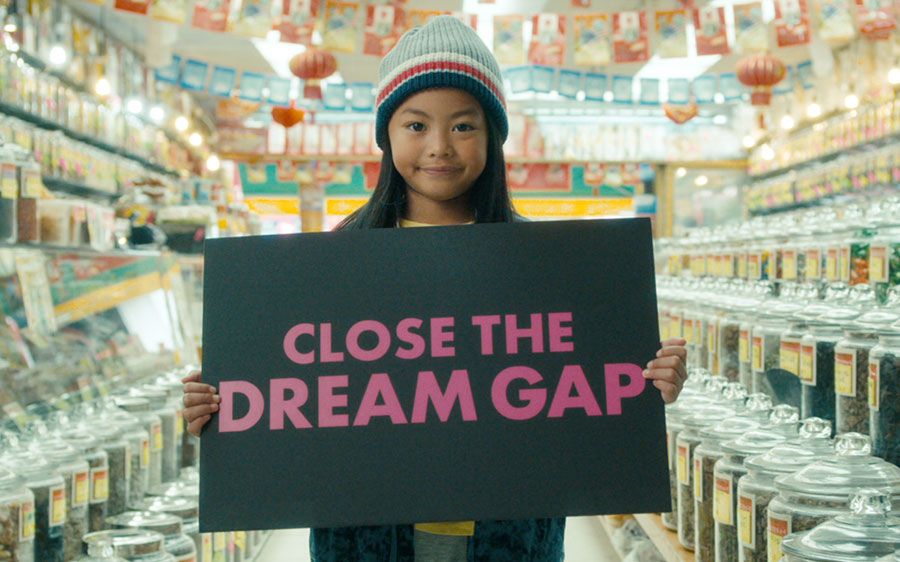 As Dove found, limited representation leads to limited opportunities. In the UAE, Standard Chartered Bank (SCB) took head-on one of the most crippling limitations faced by women: the pay gap. In particular, SCB focused on the art world, where women artists are paid 47.6% less than their male counterparts. The bank launched an exhibition which featured the work of 19 female artists, but with each canvas 47.6% incomplete to make the magnitude of the pay gap impossible to ignore.

The campaign, through TBWA\RAAD, generated $1.4m in media coverage. The exhibition attracted 100,000 visitors, of which 7,500 signed a pledge for the gender pay gap to end. 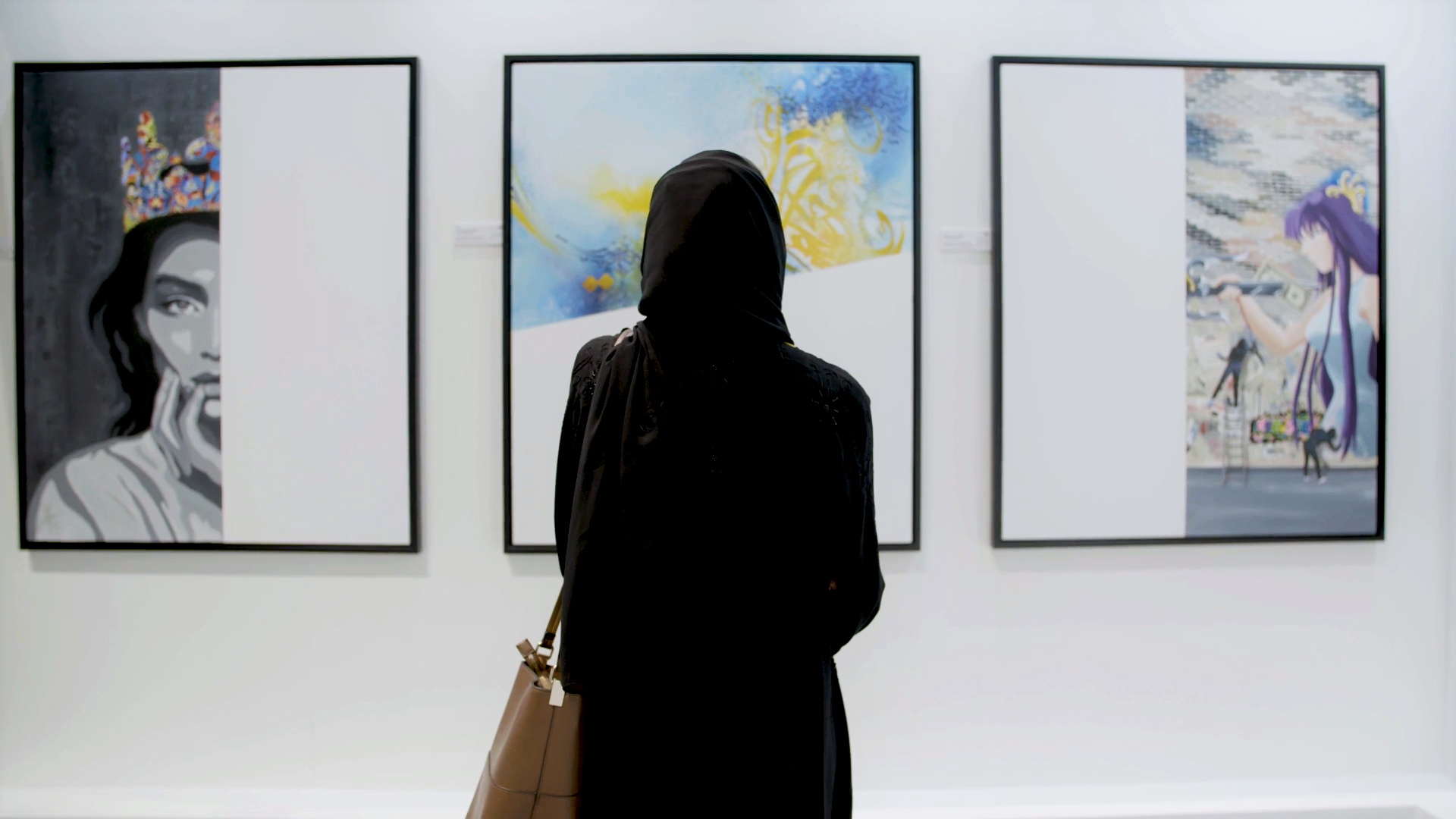 Back in 2018, ŠKODA UK had shown its commitment to gender equality through #ThisIsOurTime. Built on a partnership with female cycling team Donnons des Elles au Vélo J-1, the campaign aimed to provoke conversations about the absence of a female Tour the France. For the initiative’s second year, the auto brand partnered sports app Strava to launch a virtual challenge that encouraged the public to cycle the Tour de France course alongside the women’s team. The work of Ogilvy UK, the cycle for gender equality attracted 24,000 cyclists worldwide. 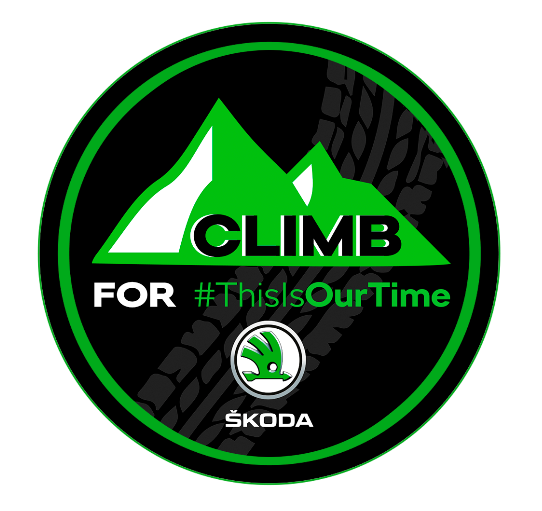 In 1912, UK department store Harvey Nichols found itself at the very centre of the suffragette movement as its London store’s windows were smashed by protesters. When, over a century later, Mayor of London Sadiq Khan urged department stores to create a window display to commemorate women’s rights history for the 2018 Fashion Week, Harvey Nichols jumped at the chance. In a bid to celebrate the suffragettes’ movement and its victories, it invited women to smash its flagship store’s windows on the eve of Fashion Week, in the presence of national TV crews, social media influencers and photographers. Influential women’s rights personalities took part, with none other than activist Emmeline Pankhurst’s great-granddaughter symbolically delivering the first blow.

Led by Fanclub PR and TBWA London, the initiative generated 75 pieces of media coverage and was reported on by the country’s most influential outlets. Building on its heritage, Harvey Nichols continues to support the cause of gender equality through a partnership with Smart Works, a charity helping women access clothing and training to enter the workplace. 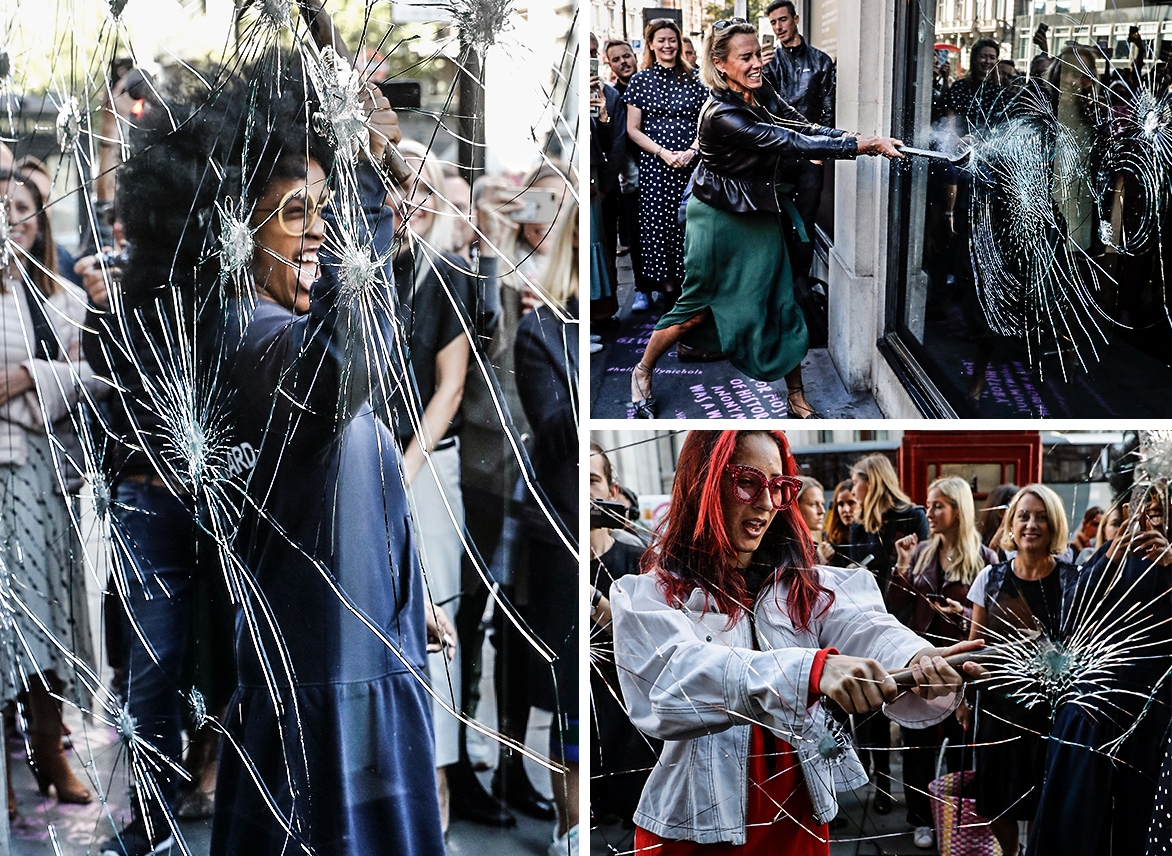 Beauty brand L'Oréal Paris focused on an often overlooked kind of bias: gender-based ageism. In keeping with its belief that every woman is ‘worth it’, the brand set out to celebrate women over 50, who suffer from lack of representation in the media. Partnering with fashion magazine Vogue, L'Oréal created The Non-Issue: a special edition made by and for women over 50. The magazine celebrated the talent and achievements of remarkable women, from L'Oréal brand ambassadors such as Jane Fonda and Helen Mirren, to war correspondent Christiane Amanpour and comedian Jennifer Saunders.

The campaign, through McCann London and Paris, organically reached 3.9 million people offline and 19 million online. Its impact on the fashion industry lived on, with Vogue continuing to feature over-50 women on its covers. 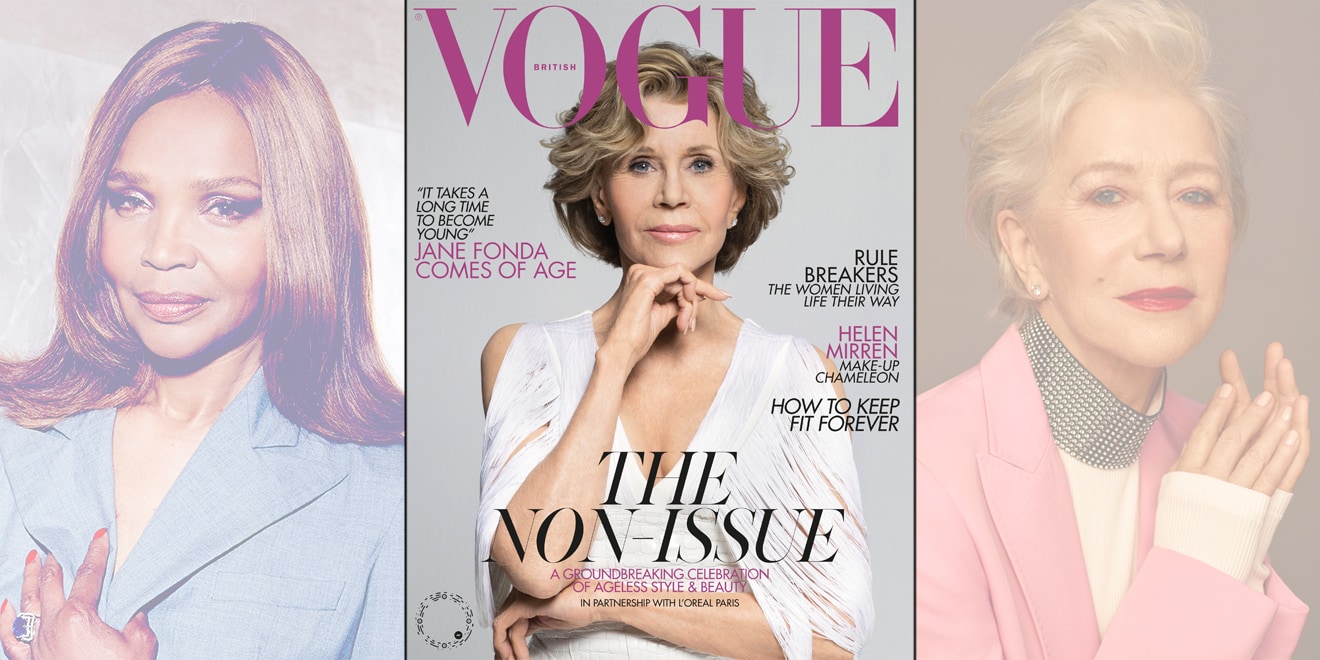 Representation is at the root of gender bias: if it’s lacking, it leads to a lack of opportunities, if it’s stereotypical, it limits all aspects of women’s life. By understanding this, these brands decided to turn the tide, using equal representation to challenge bias and turn the vicious cycle into a virtuous one.