The Warc Prize for Social Strategy shortlist features 32 entries which Warc subscribers can view here. And what a shortlist! There are some great case studies that demonstrate excellent use of social/digital that drove solid business results. These cases mark a notable maturity in digital marketing, linking earned media to commercial impact.

Chobani yoghurt targeted expansion in Australia by identifying new usage occasions beyond breakfast. It sought a health conscious, foodie audience who were experimental and adventurous with their foods. Chobani took a user generated/participation approach by inviting consumers to create, snap and share their Chobani infused food creations using the hashtag #PlainInspiring. Instagram was the lead channel with support from Facebook and Twitter. 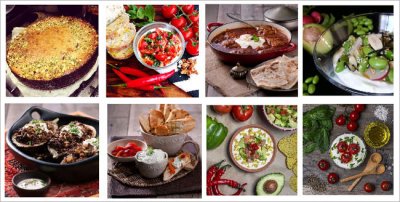 Innovative use of new/niche social platforms:

Maker's Mark, the bourbon brand, used Reddit, the entertainment, social networking and news website, as a lead media in its Derby takeover campaign in the US.

Meanwhile Domino's Pizza UK became the first brand to appear within Tinder, the mobile dating app, when it used the platform to push special offers during Valentine’s weekend.

Elsewhere the Immigrant Council of Ireland used Tinder as a storytelling platform where fake profiles were created in order to raise awareness of the causes of sex trafficking. Very smart.

AH Beard, an Australian mattress manufacturer, knew that mattresses were not interesting, but that great sleep is. So rather than just sell mattresses, it decided to sell sleep. This repositioning strategy involved creating a Six-Week Sleep challenge via social media. Becoming sleep experts meant AH Beard could add value to its audience on a daily basis and engage them on lifestyle topics that they already love to talk about. From a starting point of zero, AH Beard grew its customer database to 26,000 by delivering on a brand promise of 'Improving Lives Through Better Sleep'.

To get first time buyers to test-drive the new Polo, Volkswagen Hong Kong, used Facebook to announce the launch of its free training programme. This included in-depth online video tutorials, that showed how to master parking, navigating a roundabout and driving on a motorway. This helpful/utility positioning grew Volkswagen’s social media following, increased key metrics including consideration and conversion, and surpassed the initial sales target by more than 11%.

Nestlé Fitness, a cereal brand, wanted to defend its leadership position and appeal to women living in Arab countries. So it launched the Nestlé Fitness Show and partnered with an expert blogger and fitness instructor to the stars. The webisodes provided advice on nutrition and exercise routines. The videos were watched and shared by millions, and a resulting sales growth of 20% saw the brand surpass its targets.

Innovative use of outdoor and digital:

This case study explains how Coca-Cola adapted its globally successful 'Share a Coke' campaign for the US market. While packaging lay at its heart (the iconic brand name was replaced with 250 of the most common teen names in the US), social media amplified the idea. Teenagers were encouraged to share a Coke via social channels. But what stood out for me was the innovative use of outdoor. Coke created interactive human-sized Coke bottles on bus shelters. Here, teenagers could type in their names, see it on the bottle and share a picture of it. Further, Coke created iconic digital outdoor in Times Square solely from names of teens who opted in via text.

SPC, Australia’s largest fruit processor, was an iconic brand with heritage status but the company was in danger of imminent closure due to competition from cheaper exported competitors. So SPC had to convince people to stop shopping with their wallets and start shopping with their hearts. Based on one customer’s tweet, that urged fellow Australians to support the ailing company, SPC built a social media campaign that generated earned media by targeting key influencers, prominent retailers and Australian celebrities. The activist and emotive tone built advocacy among the Australian people which resulted in a reversed sales decline which ultimately saved the company.

Check One Two, a UK charity, triggered a grassroots movement to raise awareness of testicular cancer. This fantastic influencer campaign used humour, not fear, to encourage young men to grab their balls, take a photo and share it on social media with #FeelingNuts. Once significant scale was achieved in digital and social channels, the charity collaborated with Channel 4 who created a primetime TV show, The Feeling Nuts Comedy Night. There were 152,000 conversations on Twitter using the hashtag, building 786 million impressions in less than six months. 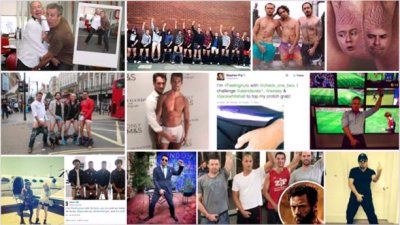 Virgin Mobile Australia was a smaller operator, and its sales and customer-satisfaction scores were disappointing. In an effort to reverse this trend Virgin leveraged consumers’ love of sharing images of food (#foodporn) by partnering with OzHarvest, Australia’s leading food-rescue charity. This collaborative alignment saw nearly 250,000 potentially wasted FoodSnaps turned into meals for people in need. This social good converted into positive social sentiment towards Virgin, and led to increases in sales - surpassing targets and driving down acquisition costs.

Adidas, the sports brand, planned ahead to create content that could be used in real-time responses to developments during the 2014 football World Cup. Adidas needed to build brand interest and conversations in a crowded World Cup social-media space, to own social conversation and stimulate product sales. It identified a range of possibilities six months in advance and produced a content bible with thousands of images to react and fit different powerful moments. This became the foundation of Adidas's seamless World Cup storytelling; reactive content was live on social within seconds, and in digital and out of home within minutes. Over the course of the event, Adidas gained six million new fans across its global social channels, outperforming other sponsors and our key competitors, and became the most talked about brand at the World Cup.

Oscar Meyer, the premium bacon brand, took a foray into multi-sensory marketing by creating the world’s first and only mobile alarm clock which lets bacon enthusiasts in the United States wake up to the sound and scent of sizzling bacon. It gained 520m earned media impressions and increased sales by 13.7%.