Matt Klein, cultural theorist and strategist, highlights that the real power of the creator economy is in reaching the ‘long tail’ of media interests.

The creator economy is discussed ad nauseam, yet continues to be mis-interpreted by forecasters and marketers alike.

We’re too lost in the semantics – is it actually the passion economy? – to recognize the significant opportunity and dilemma at our feet.

The creator economy stretches far beyond monetized YouTubers. After all, who is and isn’t a YouTuber? Would you call Jack Black a YouTuber or actor? “YouTuber” is an antiquated term. Polymaths are all the rage as we ditch the labels. See also: Musk, Kanye and The Rock.

Video producers and newsletter writers, sure, are creators, but so are teachers selling lesson plans, coffee table designers, indie game developers and freelance graphic designers. And don’t dare to omit OnlyFans models. These sex workers are the ones who helped usher in this movement. Anyone who contributes to culture is a part of the Creator Economy. Or rather, we all are. Fifty-million are self-proclaimed creators already.

That said, creators can’t be defined as a demography. It’s too large. Also, humans have always been “creators” – weavers and wine makers to butchers, bakers, and blacksmiths. Monetizing skills and interests is not new. It’s in fact one of our oldest documented practices.

Using cars was not a new desire… Cars were just a new tool to fulfill an existing desire.

In the same sense, making is not a new desire. What’s new here are the incredible tools readily available to help individuals scale their passions online, helping them build out their products and services, and locate their audiences to make money. What’s exciting are platforms finally simplifying this process, no matter how dated it may be. It’s the long-awaited democratization of financial freedom, the next evolution of the gig and influencer economy.

But this is not just about the dough though. Sure there are millionaire YouTube and OnlyFans creators, they often get the headlines representing the movement, but there are many more who don’t live off of sponsored posts… or generate any revenue at all… or even want to generate revenue.

These tropes muddy the idea, blurring the true scale of the creator economy.

Envisioning Charli D'Amelio as the TikTok poster-child of the creator economy irresponsibly undermines the length of the “Long Tail.”

Creators exist on a spectrum of effort, fame and income. None are more important than the other. If anything, “the least influential” would be argued to be the most influential here.

In The Long Tail, Chris Anderson's thesis goes: products in low demand can collectively make up market share that rivals or even exceeds the blockbusters, but only if distribution is large enough. In other words, the culmination of the Long Tail, made up of the niche and unpopular, can one day dethrone the 1% of pop culture, for as long as the tools for reach become available.

The tools are available.

Anderson explains, “For too long we’ve been suffering the tyranny of lowest-common-denominator fare, subjected to brain-dead summer blockbusters and manufactured pop. Why? Economics.” He continues, “Many of our assumptions about popular taste are actually artifacts of poor supply-and-demand matching—a market response to inefficient distribution.”

Our collective Long Tail is finally beginning to eclipse the mainstream. Small gaming live-streams on Twitch compete with the Oscars and SuperBowl. Crafters on Etsy are chipping away at Wayfair. Contract brand strategists on UpWork are cheaper than the agency. The small are mighty.

As Brendan Shaughnessy, Director of Cultural Strategy at Sparks & Honey points out, “The creator economy is only holding up a few creators that rise to the top, the ones that brands deem safest and most palatable for mass consumption vs. true unique creators and individuals. The creator economy giving stardom to Addison Rae isn't all that different from Starbucks burning their Pike's Place roast so that everyone doesn't notice the nuances or flavors of what's possible when true imperfection and individuality is elevated to a larger scale.”

What D'Amelio and Rae have become may be the dream for some, but they’re also the antithesis of what’s been driving participation in the creator economy: too much power at the top. A monoculture – or one hit blockbuster or A-lister for everybody – neglects the diversity of tastes which needs feeding.

Creators are creating because they want to see what doesn’t already exist. They’re servicing a global market demanding more “personalized” content. There is, or will soon be, something for each of our tastes. The needs of representation are beginning to be filled.

This is why “Fandom” as a marketing key-word is so hot right now. These are not divergent trends. It’s all intertwined. The creator economy can’t sustain without an impassioned community to support you. You don’t even need that many.

The bottom line is millions are signing up to leverage tools to lean into and often monetize their passions. They’re driven by money, our hustle culture, fame, novelty, or stronger: the desire for independence and artisanal ownership. And for brands and agencies, it’s a reckoning.

You can’t compete with creators. You can only stretch so far. An army of creators can service all, and more precisely than established consumer brands.

If you try to be something for everybody, you become nothing to all.

Every brand however has their speciality. It’s time to double down.

This poses a series of existential questions: 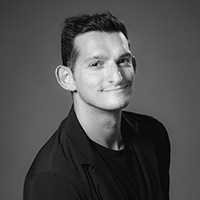