Behind the trend of creators marketing their own brands, there’s been some high profile mishaps says Sara McCorquodale CEO and founder of CORQ.

They have rapt audiences to whom they’ve successfully sold other businesses’ products via lucrative sponsored partnerships. The next step for many influencers? Creating their own brands and product lines. Although this is a logical route, it is also one mired with issues. Recent history has seen influencer collections launch to mass excitement and then quickly disappear due to lack of quality control, poor customer service and logistical oversights.

A recent influencer brand to draw criticism is YouTuber Grace Beverley’s much-lauded activewear brand, Tala. Customers claim their negative comments have been deleted on the brand’s Instagram account and it has also been accused of greenwashing. Tala critics have been particularly vocal on TikTok.

Alongside this, emerging controversies about the influencers themselves have led to their product lines being the subject of hundreds of negative reviews. In short, unless the influencer is squeaky clean and their products are the epitome of excellence, that rapt audience can quickly turn into an angry mob.

Although monetising influencer audiences via product lines seems like a home run on the surface, the truth is influencers’ followers do not love them unconditionally. If they decide their projects aren’t good enough, they can break them as quickly as they made them and time and time again influencer fandom’s have mobilised to launch digital attacks that have created a ripple effect of irrevocable damage.

Here are three influencers whose product lines have imploded despite being set up for enormous success.

Jaclyn Hill: the beauty YouTuber launched her eponymous cosmetic brand in 2019 only for her to quickly cease production and disappear from social media due to customers claiming they found hair and mould in the products. Although Hill initially reacted defensively to Twitter criticism, she later confessed in a YouTube video that her cosmetics “sucked” and the project had failed.

David Dobrik: the influencer attracted over $20million in venture capital funding with his app Dispo, an Instagram challenger which replicated a disposable camera and encouraged users to capture and share content of them living in the moment. The app launched in 2019 and was set to go stratospheric, but then in 2021 a woman accused a member of his YouTube collective Vlog Squad of sexual assault and said Dobrik was complicit. The YouTuber’s financial backers abandoned him as did 100K of his subscribers and sponsors such as Hello Fresh. As for Dispo? Dobrik cut ties and its ascent has been plunged into uncertainty.

Jeffree Star: after numerous accusations of using racist language – not to mention call-outs by other prominent influencers – the beauty YouTuber lost his deal with Morphe Cosmetics in 2019. He launched several product lines with the brand through his own Jeffree Star Cosmetics company. However, under growing pressure to act, Morphe announced it was cutting ties with the influencer. Although Star’s products reliably sold out, the beauty giant recognised having a creator with incidences of racism in their past was damaging to its brand and also just plain wrong. 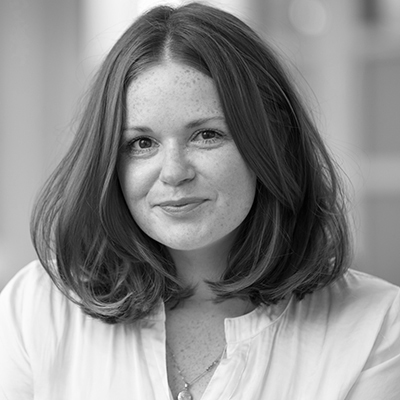 Sara is CEO and founder of influencer intelligence and digital trends platform, CORQ and author of Influence.
Get a demo
Topics
Send feedback