YouTube Works for Brands was first launched in 2016 to showcase the most effective uses of the platform for advertising campaigns. Here, Kantar’s Victoria Sakal explores the lessons learned from 2019's US finalists.

People are fascinated by stories: it’s why the global film industry continues to grow; it’s why people continue to buy books; and it’s why parables and fables have been used to teach children for centuries and yet what is surprising is that only 40% of advertising uses storytelling as a technique.

YouTube is a platform that can carry a rich and personalized narrative in long form, short form, sequencing and amplification. The true impact of YouTube occurs with custom content that brings the idea to life given the environment, audience and storytelling options unique to the platform.  We found that 71% of final round entries featured custom content and personalized at scale.  This is important as Kantar learnings show that integrated campaigns with customized creative have a 57% greater ROI, and campaigns with a strong central idea perform better across all brand KPIs.

See the case studies on WARC

A great example of using storytelling in a campaign came from Tourism Australia.  Working with Droga5 they designed a tourism campaign disguised as an 80s film.  They released teaser trailers for an apparent reboot of Crocodile Dundee, driving so much organic press that their trailers for “Dundee” became the “#1 Most-Viewed, Searched and Shared” ad of the 2019 Super Bowl.  Among exposed Americans, 66% were more likely to visit Australia, 83% had an increased desire to book a trip, and over 250,000 leads were generated overall.

Research shows that the best performing advertising is built around a strong idea and executed with smart targeting, contextual relevance and customization by channel platform.  While it is important to exploit the unique storytelling capabilities of YouTube, at the same time we found that 43% of finalists successfully integrated the YouTube activation along with offline activity, while 86% of finalists leveraged YouTube insights in advance to inform strategy and approach. These strategies proved integral to campaign success, with non-finalists less likely to implement (21% and 53% respectively).

When campaigns are delivered integrated around an idea but expressed in a customized fashion by platform, the impact is elevated and perceptions of the brand that are created are more holistic, consistent and meaningful. Tourism Australia effectively customized to different channels and used YouTube In-Stream Ads and a YouTube Channel during the ‘tease’ phase of a holistic campaign, culminating in a big reveal at the 2018 Super Bowl.

Another of the finalists, Reuters, used YouTube’s unrivaled reach to access the engaged and global audience of shoppers they needed - a feat that would not have been possible without the unboxer community, and YouTube’s central role in it.  The videos sparked social conversation, prompting 2,132 posts with the campaign hashtag #UnboxTheTruth, and 1,071 shares of the videos on Twitter and Facebook.

Strong ideas come from having an in-depth understanding of people and establishing personal purposeful relevance. One third of finalists used YouTube to identify insights that drove creation of the idea and new ways to drive brand meaning.

Seventy one per cent of finalists verses 42% of non-finalists used YouTube to personalize at scale.  A particularly effective example of this was Xfinity who created content to reach users based on behind-the-scenes cost of their actual data consumption, service provider and content consumption preferences. They were then served with one of more than 2,000 contextually relevant 6-second bumper ads.  Every YouTube video became an ad for Xfinity Mobile, and in the first two weeks, online searches for Xfinity Mobile tripled as 3.7 million competitors’ customers learned they were paying too much.

Because YouTube was used so effectively by advertisers to understand people, we found that 79% of finalists’ campaigns were deployed in a way that judges felt demonstrated personal relevance to the individual viewer.  Reuters developed ‘Unbox the Truth’ to raise awareness and conversation around forced labor in the supply chains of commonly-bought items.  By tapping into something culturally relevant and enlisting the help of popular YouTubers it was able to make an emotional connection with the audience.

We all know that YouTube has immense reach but impact can be achieved by leveraging YouTube’s ability to reach new people in new, highly relevant ways.  Reaching new audiences increases a brand’s salience which is a primary determinant in decision making: 43% of finalists used YouTube to reach underserved or unique audiences in an effective and personalized manner.

Samsung used YouTube to effectively reach the next generation of mobile consumers, a generation which tunes out traditional advertising, by crafting a series of videos to teach and inspire Gen Z creators. “They used YouTube to not just get the influencers, but become the influencers,” noted Kevin Lilly, SVP at Leo Burnett.  The videos built an audience base, with 78% of consumers saying they wanted to see more episodes; and they also made Apple owners 15% more likely to purchase Samsung as their next phone.

Marketers know that emotional response plays an important role in consumer decision making, but many in the industry feel that skippable formats or limitations in ad length prohibit the kinds of storytelling needed to get viewers to feel something. But we found several cases in which six-second units designed for the YouTube platform were able to generate a smile, a laugh and tell a story.   Kantar learnings show that “86% of ads evoking high emotional connection, drive strong engagement, vs. 22% of ads that evoke low emotional connection, ability to drive strong engagement”.

Reuters successfully created a strong emotional connection with its audience.  Reuters’ mission was to shed light on a largely unknown issue and open consumers’ eyes to slavery in the worlds of fashion, beauty, and tech commerce.  It custom-designed three original products that had messages of modern slavery hidden in the design.  YouTubers “unboxed” the products that revealed first-person accounts of modern slavery, and symbols of the unethical forced labor that went into creating these products.  Research shows that content eliciting a high emotional response is 82% more likely to go viral, and Reuters’ videos organically brought in 16 million total media impressions and 447 YouTube comments.  Unboxing the Truth incited real-world change and generated impact among unique and underserved audiences.

6. Differentiate with a sense of excitement

Many of the finalists used YouTube to take a rather low-interest category and make it interesting, and even buzzworthy, by exploring new and differentiated territories.  The power to differentiate and stand out from the crowd is a critical driver of brand growth and allows brands to command a premium even in a commoditized category; 79% of the finalists explored new territories, diving into a new category or using a new tool, whereas only 37% of the non-finalists did so.

One campaign for Liquid Plumr actually embraced its “grossness” to bring the brand benefits to life in a compelling way that could only be delivered on YouTube. Based on Google’s Brand Lift results, their top performing asset increased awareness by 38.2% and favorability by 39.6%.  “The plumber leveraged the right use of YouTube by using the insights of what people are actually watching, like the pimple popper videos. As my kids say, it was oddly satisfying to watch,” said Lilly.

7. Make your brand part of the culture

Work that harnesses the culture, community and creators of YouTube is work that wins. Think about the idiosyncrasies of the platform, ask what people do on YouTube that they don’t do anywhere else, find a YouTube subculture that you can be part of. Kantar research clearly shows that being culturally resonant leads to faster, stronger brand growth/sales. Kantar’s BrandZ™ research shows that brands with high VIBE (cultural traction) grow nearly six times more than brands with low VIBE.

Seventy nine per cent of submissions were culturally relevant or tapped into viewers’ lives.  Samsung was a huge proponent of this, giving their audience the mic and letting them co-create episodes, harnessing a more relevant connection with consumers.  The campaign drove purchase intent with 17% more likely to purchase Samsung as their next phone.

Liquid-Plumr saw the rise in gross-intrigue videos and wanted to play into this with unappetizing but captivating ‘clogs’. They leveraged VAT19, a popular YouTube channel with over 6 million subscribers, to host Liquid Plumr’s “Will it Clog” video, bringing in millions of organic views, and making the video trend on YouTube.  Reuters also enlisted the help of influencer YouTubers to raise awareness of slave labor in the supply chain, by tapping into the unboxing trend.  Its videos increased traffic to the Foundation’s website by 154%.

See the case studies on WARC 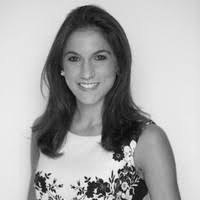