Corporate activism doesn't always have to mean taking sides. Supporting voting rights and voter registration is an HR issue as much a branding opportunity, argue Drew Train and Davianne Harris.

In the US – not to mention the world – we are in the early stages of a racial reckoning, a pandemic, and a recession. The country is deeply divided and also deeply engaged. This leaves brands in the uncomfortable situation of balancing the interests of different stakeholder groups while the balance of power between those groups is up in the air. While it may be obvious to us who is on the right side of history, that doesn’t mean brands will get the permission from their managers to “go there” for fear of alienating parts of their audiences.

But there is good news. There are simple, safe actions companies and brands can take if they are not bold enough to come out and pick a side – by supporting voting rights and voter registration. There is no C-Suite in America where you will get push back on the notion that every American has a right to vote in a healthy and safe environment – regardless of political persuasion. And because employees are voters, this issue becomes an HR issue as much as it is a branding opportunity, similar to the way LGBTQ+ rights has become both an HR issue and brand opportunity.

In 2015, Salesforce and the NCAA, among others, found the courage to boycott or relocate from states that used discriminatory policies to prevent their employees from marrying or using the bathroom comfortably; they need to do the same from states that continually suppress their employees’ right to vote. Whether it’s limiting early voting, restricting mail-in voting, reducing polling places in specific neighborhoods, purging voter rolls, and making it difficult to register to vote, these policies suppress the rights of your employees, customers, and shareholders at the same time. And, in the midst of a pandemic, it’s endangering their health.

Corporate activism is no longer solely about doing the right thing. It’s a must for attracting and retaining consumers and talent. The Global Strategy Group’s July 2018 survey found that 76% of people were more likely to work for a company that promoted democracy; 81% were more likely to buy that company’s products or services; and more than 80% were more likely to recommend the company to their friends and family. As we’ve seen corporate scrutiny increase between COVID and the renewed focus on racial injustice, the importance consumers and employees will place on company action will only continue to rise.

Traditionally, brands that have become involved in voting rights have focused on donations as opposed to direct action relevant to the respective brand. However, in recent years we have seen brands step up and provide tangible solutions to overcome voter suppression. Ahead of the 2018 election, Snapchat integrated a voter registration capability, built tools that helped users find their polling location prior to Election Day, and, on the day-of, created reminders to vote and geofilters so users could share Snaps of themselves after voting and encourage their friends to do the same. To increase voter awareness and turnout on Election Day, Levi’s launched the national TV campaign, “Use Your Voice,” showcasing people from various backgrounds all expressing themselves through voting. Additionally, The Levi’s® brand teamed up with Rock the Vote to help potential voters check their registration status, register to vote and sign up for Election Day reminders.

Twitter launched a #BeAVoter campaign to promote increased and informed participation in the election that included influencer engagement. They each uniquely leveraged their platforms, as opposed to generically telling people to “go and vote.”

The efforts don’t stop there; businesses are being challenged to ensure their employees don’t have to choose between civic duty and a paycheck. Time to Vote, a bipartisan coalition of US companies – representing more than two million workers, and including Walmart, Deloitte and Visa  – formed ahead of the 2018 midterm elections to increase voter turnout through company initiatives that protect and support employees’ right to vote.

Companies like Patagonia closed their stores for Election Day in 2018, making it a paid holiday. Incited by racial inequality and systemic racism, many other corporations have announced plans to shut down on Election Day. Blue Apron announced it will create on-site and electronic voter registration for employees, assist with early voting and absentee voting if needed, and also subsidize transportation to and from the polls. These brands have demonstrated that a voting initiative needn’t be complex or costly, just tangible and effective.

The right to vote is an unwavering belief that spans generations, demographics and ideologies. The challenge that remains, and one in which companies can play a powerful role, is to inspire, enable and empower voting by removing as many barriers as possible.

So brands, here’s what can you do:

There’s so much that can be done. Let’s make it happen.

View all of Drew Train and Davianne Harris's Opinion posts 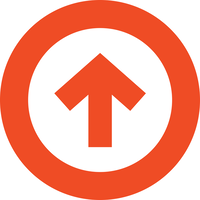 Drew Train is Co-founder and President, and Davianne Harris is Partner/Head of Strategy, at OBERLAND, a New York agency that specializes in purpose-driven marketing.
Get a demo
Topics
Send feedback