Quinn Kilbury, Senior Brand Director at Heineken US, will chair the Effective Social Strategy category in the Warc Awards 2017.

Here he talks to Lucy Aitken about how he sees social, the longer term brand value it can create and the newer platforms he expects to see represented among this year's entries. Quinn is Senior Brand Director at Heineken US.

What will you be looking for from this year's entries?

What I'm looking for is the same thing that I would look for from our brands and agencies: having a defined purpose for what you're doing in the social space. Why are you talking? People aren't waiting impatiently by their cellphones or computers for a brand to tell them what to think! Brands have to be useful, that's what we use on a day to day basis at Heineken. And there's a wide range of what's useful. For instance, it can be funny - entertainment is what a lot of people want online, that's why they're looking at their phones, and there's nothing wrong with entertaining people. But if your brand purpose is to do good in some way and for a cause, be consistent with it. If your purpose on social is to be informative and to help people find a good beer, then that's about being useful and consistent. It's mainly about how to make sense: when you're a brand that talks about what beverage to enjoy with a bag of crisps and then you suddenly start to talk about curing cancer, that's super weird. If you can find your clear purpose on social and be useful and consistent, they are the three things we look for and that we definitely try to do. That's a challenge for Heineken because we're in 192 countries, so it's hard to keep it consistent.

What's your definition of social?

With agencies and other brands, there are more people now that don't necessarily break up social and digital as much as they used to. I feel there's more of a desire to get to a place where it's just one campaign and you can't really differentiate between social, digital and TV. We try to anchor the conversation more in what we have and what place we can realistically have in that conversation. Unless you do something smart enough where conversation naturally comes out of it, you've got to pay for almost everything on social anyway. We have enough results in the last few years - if people are talking about your brand that's working - you can bludgeon people to death - that can work! - but if you think of it just as social - if you're one of the Nikes of this world - people are always going to be talking about you.

The reason you see the clicks, engagements and likes as metrics is that it's the only thing you can measure. People need facts to understand how something has performed, so you rely on the facts that you have but they are definitely not the best metrics. The thing you want is to be able to start a conversation that leads to a change but it's so hard to prove that's working so you see likes and shares because you know that someone liked and shared something. Often we are just reiterating what Facebook or whoever told us were the right metrics - this is a loop into which we get caught. The Heineken Cities project, which is only in the US right now - there are lots of discussions about how we roll it out globally - the whole purpose of that is to bring the product sector and public sector communities and government together - and for that we get real metrics for engagement. That has been the most effective thing we do. 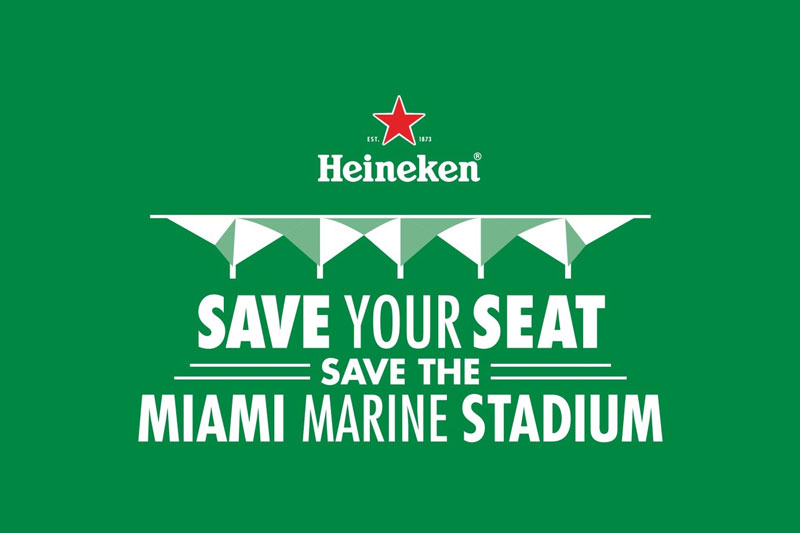 In Miami, we helped the city and helped people crowdfund an amazing stadium for concerts and now the stadium is coming back. The impact that has had outside of clicks and engagements is real.

Selling more beer wasn't our intent, but people were feeling good about Heineken and our partners being part of the community. But it's just really hard to do - to actually have a lasting event - you have to work, not just at the communications campaigns, but rolling your sleeves up and making a difference. Those are the two reasons why you don't see those lasting impacts: firstly, it's hard to prove it works and secondly, it's really hard but it's exactly what we should be doing  because there's no question that it's more effective. When we do a Cities project, we sell more beer than when we do advertising because it's way more impactful. We sell more beer but we never turn up to sell more Heineken so it's hard to convince people that it makes more sense. The judges [for the Effective Social Strategy category in the Warc Awards] will gravitate towards those that don't make a logical sense and will be really hard to do and hard to prove that they worked. Until we start to do that as an industry, [there's more onus] on the quick, light share

What new platforms do you expect to see in this year's entries?

I'm sure we'll see a lot of Snapchat filters and more livestreaming with Facebook Live. I'm also betting that there will be a fair amount of 360 and Virtual Reality. It's really hard to scale that right now, scaling is really hard to do with new tech so it's fun to do something new and cool but it doesn't get you anywhere because people haven't adopted the tech. It's hard to be one of the first.

[Heineken-owned] Dos Equis got out there fast with Masquerade - it seemed amazing back then [in 2014]. Tech is making it much easier to do something super cool. Social, VR and 360 are really cool, but it's hard to know if you sell more stuff off the back of Snapchat activity. When you see insane numbers associated with newer tech companies; they're not always real. There are always errors and you find them six months later.

Is Snapchat relevant to Heineken, given its audience tends to be quite young?

We've done very little on Snapchat because of that. We're doing more now and carefully picking our time to do it. Snapchat is getting better at age-gating now so can do more but it cuts down on the scale. Before I was on Heineken, I worked on Newcastle and that was the first beer brand to do something on Snapchat - we did something around Coachella. As the payback is not as big, it's good to experiment.

The deadline for entries for the Warc Awards – which, in addition to Effective Social Strategy has categories for Best Use of Brand Purpose and Effective Content Strategy – is 20 April 2017. For more details, please visit the Warc Awards page.