As brands rush to play in the web3 economy, strong and storied brand signifiers can mean the difference between a dud and a smash hit, writes Morten Grubak.

Brand assets in a hybrid world

This article is part of a series of articles from the WARC Guide to brand assets in a hybrid world.

NF-what? A primer for the uninitiated

To put it in layman’s terms, Non-Fungible Tokens (NFTs) are a tool to record ownership of digital files on the blockchain, the same distributed code that powers cryptocurrencies like Bitcoin. While NFTs have a host of other theoretical uses, they are commonly used to sell and trade digital artworks, and the term is often used interchangeably for the artworks themselves.

NFTs were invented back in 2014, but didn’t take off until 2017, when art collections such as Cryptopunks and games like CryptoKitties rose rapidly in value and brought the technology into the public spotlight.

A mammoth spurt of growth in 2020 led countless brands to jump on the trend – often wildly out of sync with the cultural codes of the community. The majority failed to evoke the intended response. And while they did so for a wide range of reasons – failing to understand the cultural codes of the community for instance – we’d argue that most failures had one thing in common: an overestimation of brand strength.

Think about it this way: without any other incentive, branded NFTs are basically asking the community to regard their brand assets as collectible in their own right. That’s a very dangerous assumption, unless you build the kind of brand assets that someone would frame on their wall; the kind that have entered the broader culture.

If you’ve done that, it might just work. But not every asset is equally valid online.

You have to consider what kind of asset translates well into a virtual world without taste, smell and sometimes even sound. So visual assets often fare better, as do the kind of cultural insertion that mirrors online culture’s fixation with hypertextuality, reference and commentary. The better the reference, the better chance of starting a conversation.

No coincidence: #1 brand behind world’s most valuable branded NFT

When Coca-Cola approached us to launch its very first NFT, we knew we had to accomplish two things:

To accomplish the first, we had a week-long sprint combining data and creativity to find out the best way to capture a brand like Coca-Cola in a digital collectible – running through every option from including the buyers’ voice in the new version of “I’d like to buy the world a Coke”, to putting the infamous secret recipe on the actual blockchain (encrypted, obviously).

That we had so many options to play with pays testament to just how strong, varied and storied Coca-Cola’s distinctive brand assets are. It’s not just the obvious, although beloved: the cursive script, the contoured bottle. There’s a whole catalogue of assets from the tangible to the “tssschh” of a bottle opening, many of which appear over and over in actual collectibles. Knowing that there was a real community for Coca-Cola’s distinctive brand assets, we knew demand was there – we just needed to couple it to a bigger purpose than simply being collectable.

We found that in Coke’s longstanding sponsorship of the Special Olympics, which we donated the full proceeds to.

And to dispel all doubt about the strength of the brand and the relevance of the connection, the Friendship Box NFT sold for the highest amount of any branded digital collectible ever, with more than half a million dollars raised for the Special Olympics.

Now we had leveraged Coca-Cola’s brand strength, we needed to give people a reason to collect it.

Beyond Brand: Next drivers of digital collectibles

Rather than just being a piece of memorabilia, successful NFTs have an element of utility: whoever holds it gets free access to a number of real-world VIP events, from soccer World Cups to Billboard concerts.

This will be increasingly important as we withdraw from the first frenzied hype of NFTs and digital goods are forced to evolve to have a purpose. To dive into what will drive the chapter, we at Virtue conducted The Screenwear Paper, the global comprehensive study about attitudes and expectations to digital fashion and virtual goods.

We found that the number-one reason for acquiring a digital item wasn’t speculation or even the drive to collect. The most common reason given for buying virtual goods was the desire to express your identity online – followed closely by utility, access to scarce experiences and the need to belong to something bigger than oneself.

So rather than thinking about how your own brand would be expressed in the digital space, consider how a digital collectible could help your audience build and boost their own virtual identity. Or if your brand is really less about me and you, then perhaps your NFT shouldn’t be thought of as a trophy or a trading card, but as a ticket stub: a virtual access pass to otherwise unattainable experiences – whether in virtual or physical space. Consider if your virtual goods can solve a real-world (or virtual) problem or present a new form of practical benefit.

But no matter what route you take, ask yourself: in the real world, are your brand assets strong enough to frame and mount?

Read more articles from the WARC Guide to brand assets in a hybrid world.

The WARC Guide to brand assets in a hybrid world

Unlearn branding and learn from the machines
Adrienne Little
And Rising

How to avoid taking a knife to a gun fight! Tips to build a strong service brand identity
Jenni Romaniuk and Brooke Klement
Ehrenberg-Bass Institute

Do you have a sonic strategy? If not, read on…
David Courtier-Dutton
SoundOut

Distinctive and effective gift packaging in SEA: How to stand out among seasonal sameness
Rachel Barton
Design Bridge Singapore 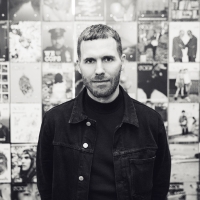