The Warc Prize for Social Strategy is a search for social ideas (any strategy designed to generate 'earned media') that drive business results. Having just published the 37-strong shortlist, below I've identified some interesting themes explored by these leading entrants. The actual winners will be announced on 11th April in London. Warc subscribers can access the full Social Strategy shortlisted case studies.

Bissell Sweepers: Solving for the P.I.T.A.

How do you generate buzz in a dull and uninteresting category? Bissell, a US floor care company, needed to reinvigorate sales of its flagship product, the Bissell sweeper. Targeting Mums, the brand told its story through a series of events and a partnership with Montessori Schools. Demonstrating how the sweeper can make it easier for Mums to clean up annoying things like tiny toys, cat litter and even Christmas tree needles, drove word of mouth and created brand advocates. This led to a 45% increase in sales.

The Philippines Department of Tourism wanted to overcome the country’s negative image problem and increase tourist numbers. A challenger brand, it had to work with a smaller budget than its Malay, Thai and Vietnamese rivals. Understanding that Filipinos are avid social media fans, the strategy was to use the people as advocates for their country. Three print ads were launched which juxtaposed a breathtaking scene of the Philippines (.e.g. boating) with a mundane activity (e.g. commuting). This inspired Filipinos to create and share their own versions of why life is more fun in the Philippines. In total over 63,900 memes were created, these crowd-sourced ideas later formed the basis of promotional posters, print ads and even a global TV commercial. Tourism arrivals hit an all-time high of 4.3 million.

Oscar Mayer: Say It With Bacon

Oscar Mayer, a bacon product owned by Kraft, the US food company, combined a smart idea, humour and ‘occasion marketing’ to encourage women to gift luxurious bacon products to the men in their lives for Father’s day. Slightly higher priced than other brands, Oscar Mayer wanted to drive consideration and boost sales. So it launched a video campaign that parodied the lengthy consideration process involved when purchasing an engagement ring. The focus shifted from the cut, colour, clarity and carat (of a diamond) to the cut, colour, cure and consistency (of bacon). A SayItWithBacon.com microsite was launched along with a digital pop-up shop. This humourous campaign earned 500m impressions, within one month, and sales rose 3.3%, at time where the category shrank 7.7%.

Sam Rainsy, the long-standing opposition leader in Cambodia forced into political exile in 2009, managed to circumvent the government-controlled media of Cambodia by driving the election campaign online. As he couldn’t be physically present, Rainsy was brought back into the country 'virtually' when the election was fought on Facebook. His Facebook page provided a central place for the country's youth to discuss politics, with direct access to Rainsy and engaging daily content including videos. This was a first for Cambodian politics, and Rainsy's Cambodia National Rescue Party (CNRP) made unprecedented gains, winning 55 seats out of 123, whilst the government lost 22 seats. A great illustration of how social media can overcome censorship of traditional media and is perhaps most powerful when aligned with an activist or social cause.

'We should take the ad money and just give shoes to runners, then let them do the talking.' A challenger brand, Mizuno, a running shoe company, wanted to generate trial among the running community in the US, and ultimately, increase sales. Mizuno's trial experience was reinvented to allow potential customers to try wearing the shoes by running in them. The campaign ran in three phases, starting with the targeting of bloggers and other influencers with sample shoes, expanding with online ads, and continued with partnerships that kept people engaged. The campaign achieved strong online engagement and interaction, and led to the brand's most successful sales year. Demonstrates how 'lifestyle or community' marketing enables people to be the media through the power of word-of-mouth.

O2: The power of a community in marketing

This case study describes how O2, the mobile phone network, successfully used social media as a customer service tool. When 10 million O2 customers lost network service over two days the brand used social media to provide information and advice for customers in a timely manner, and continued providing this throughout the crisis. On the first day of the outage there were 40,000 negative Tweets about the company, with a negative brand sentiment score of -37%. However, 24 hours after the outage this rose to +27% with a positive response to how the crisis had been handled. This open and honest approach proved vital to enhancing O2’s image and reputation.

MINI UK: A not normal relationship

This campaign by Mini, the iconic automotive brand, provides a glimpse in to the future of outdoor advertising. The brand created a user generated social media and digital out of home campaign to engage consumers in the UK. Personalisation came in the form of a ‘thank you’ message targeted at MINI drivers on London’s high-traffic Cromwell Road who were greeted with a personal ‘Not Normal’ salute shared across five giant digital posters. By combining a bespoke technical platform and specially trained spotters, messages were tailored to the make and colour of the passing MINI. Drivers were encouraged to participate with the message, and were rewarded for interacting with treats such as a free carwash, free petrol or flowers. In just one week, MINI personally saluted 1,942 individual drivers. As a result of the campaign purchase intent experienced a 44% uplift in the target group.

A challenger brand, Temple University had been outspent by competitors and so needed a new approach to promote the institution and to recruit new students. Shunning traditional marketing vehicles, the strategy put existing students and alumni at the heart of the campaign. This resulted a completely crowd-sourced campaign that united the community under one banner: Temple Made. The focus was on their pride in the institution and highlighting the benefits of their education. Utilising a range of social platforms from Facebook, Twitter, Instagram, YouTube, Hulu and Spotify, all messaging drove traffic to TempleMade.com, and innovative use of outdoor included state of-the-art projection technology that allowed the university to shine its message on buildings and landmarks across the city. Advocacy was central to this campaign. The campaign culminated in a campus event. A good illustration of how social and events can work well together.

Paw Justice, a New Zealand animal charity, used social media to show the government how much people cared about animals. The government had proposed a law which had a side effect of increasing testing on animals, which the charity objected to. The organisation convinced animal-related content producers to not publish any entertainment by animals for a day, creating an ‘animal strike’. The Paw Justice Facebook Page gave its fans the tools they needed to tell their friends to sign the petition and a short and funny video was produced that showed a number of animals not giving their paws or rolling over. Hundreds of people posted pictures of their pets with protest signs, which spurred numerous other people on to do the same. Many more changed their profile picture to that of the raised black paw. The campaign gained global coverage, including celebrity support and through the united power of animal lovers around the world it got the New Zealand government to reconsider the law. Another great illustration of how social media can be most powerful when aligned with a social or activist cause. 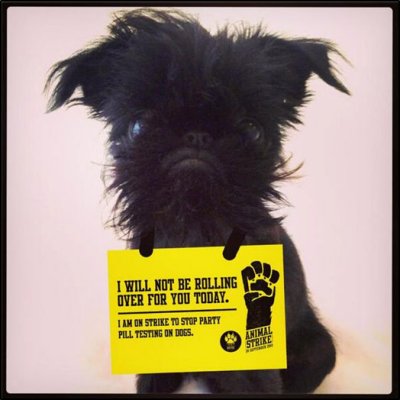 How does an already successful brand keep growing when it has almost 80% penetration of its core target audience? Doritos, the snack brand, wanted to broaden its consumer base. As well as retaining its core consumer (18-24 year olds) it also wanted to appeal to an older 25-44 year old market. The Mariachi campaign reached a dual audience by combining TV, events, content marketing and wide ranging social media (Facebook, Twitter, Instagram and Vine).

Citi Bike: The battle to win back New York

This case study is a good illustration of sponsorship as lead media and shows how CitiBank, the US bank, used sponsorship of New York City's bike share scheme to improve brand health following the financial crisis.