This year's Warc Prize for Innovation was set up to identify and reward ground-breaking ad campaigns. And, earlier this month, our panel of judges decided on a winner, 'American Rom', developed by McCann Bucharest for Romanian chocolate manufacturer Kandia Dulce, and a runner-up, 'Operation Christmas' from Lowe SSP3 Colombia. In Cannes last week, I had the chance to talk with creatives from both agencies, and found some striking similarities in approach between the two campaigns. Both focused on attention-grabbing stunts rather than traditional paid-for ads; both precisely targeted a highly-specific audience; and both used clever cultural cues to get under this cohort's skin.

'American Rom', the winner of the $10,000 prize, was based on an insight rooted in the Romanian mindset: the nation's deeply-held sense of "reactive patriotism". As Catalin Dobre, McCann's group creative director, explained, Romanians love to criticise their country – but hate it when foreigners do the same. This touchy topic was probed with deliberate insensitivity by McCann's fake "takeover" of Rom, a chocolate bar famous for its Romanian flag wrapper, by new American owners, whose innovations for the brand included new packaging featuring the US stars and stripes. Cue a mass outbreak of reactive patriotism – and huge earned media support.

Reaching the youth audience was key for the agency. Rom had originally been launched in the 1960s and was seen as a chocolate bar enjoyed by the target audience's parents. American brands, such as Snickers, had a higher status among young consumers. But reactive patriotism is universal across all generations, and the creative's irreverent message, presenting 'American Rom' as "the taste of coolness," caused young Romanians to re-examine their ingrained preference for buying US brands. 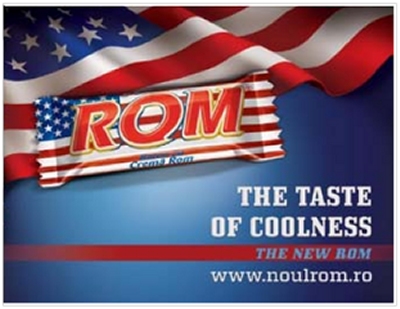 "We chose to play with their egos," Dobre added. "Because young people have big egos."

The Warc Prize runner-up, 'Operation Christmas', is based on a strikingly similar formula. Lowe SSP3 Colombia's campaign, winner of the Grand Prix at the 2011 IPA Effectiveness Awards, went hyper-local in its attempt to encourage the demobilisation of FARC guerrillas, whose campaign of kidnappings and intimidation has plagued the nation for decades. The campaign was launched during the festive period, with security forces installing thousands of Christmas lights on a tree in territory held by the FARC; the tree lit up whenever one of the rebels approached.

Interviewed in Cannes, Jose Miguel Sokoloff, the agency's chief creative officer, set the campaign's ultimate success – a 30% year-on-year increase in FARC demobilisations – firmly in the context of its central cultural insight: Christmas is a time for family, celebration and (in a Catholic country) religious ritual, and is therefore the time when guerrillas are most open to quitting the FARC for good.

Sokoloff pointed out that this central insight was generated not by a creative eureka moment, but by a period of careful, incremental research and planning, involving significant input from ex-guerillas. This approach, he added, has also been carried forward to the campaign's latest iteration, 'Rivers of Light', which took a Titanium Lion in Cannes this year.

"Creativity is fundamental to changing things, but you have to find the drivers of change," Sokoloff added. "And that's where research and planning comes in."

As well as capturing the Colombian imagination, the FARC demobilisation campaign also went viral, attracting the attention of mainstream broadcasters as well as generating international social media buzz, both from the Colombian diaspora and those living overseas with no direct connection to the activities of the FARC – beyond simple human concern for others. 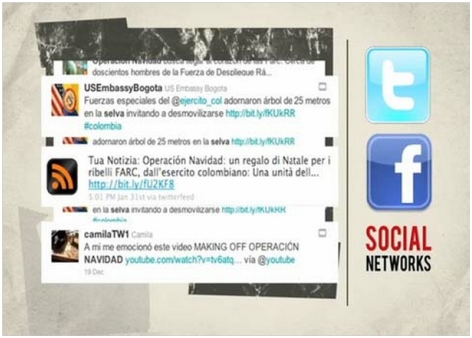 This kind of mass coverage, Sokoloff said, "was on our wish list," as it "adds credibility and expands the effect of the campaign".

Dobre also cited generating earned media from digital platforms as key for the Rom campaign achieving its standout result: the 'American Rom' stunt reached around two-thirds of Romania's entire population. Soon after launch, outraged youth had taken to Facebook to spread the word, setting up cause-based groups calling for Rom's traditional packaging to be restored. One group, "We want the old Rom back," attracted over 18,000 members in the first four days of the campaign.

Inevitably, these efforts were successful, with Rom eventually returning to its original patriotic packaging – to much fanfare.

So, what are the key takeaways from the Warc Prize-winning campaigns? While the two initially seem to be very different, on closer analysis they share significant overlaps in strategy. And these points in common can be used as advice for planning similarly innovative campaigns for the future:

You can also seek out learnings of your own – as well as do a bit of research on your 2013 Warc Prize entry – by browsing the 2012 entries on our dedicated Awards page.