The BBC is in a difficult position, and to overcome its challenges it must take radical steps, argues the Beyond Collective’s Zaid Al-Zaidy.

The BBC has a moral imperative to take on You Tube, a senior Corporation executive suggested recently. But I’d go one step further. At a time when 16 to 24 year-olds in the UK spend more time watching Netflix than all of its BBC TV services each week and 15 to 34 year-olds listen to more music on streaming services such as Spotify than BBC radio stations, for the BBC’s very survival, radical change is key.

Interviewed by the Daily Telegraph, BBC Children’s Head of Discovery Stuart Rowson discussed the Corporation’s response to both You Tube’s growing share of younger audiences and You Tube’s growing interest in longer-form content – as demonstrated by the UK launch of subscription service You Tube Premium in June.

While children these days have more choice, the issue is that everybody is in it for their own ends, he said.

“You Tube does not take responsibility for the effect its content is having. Amazon wants to be an amazing commercial entity. Netflix wants to drive up subscriptions,” he explained. But as long as the BBC puts its content in the places where young people go – on phones and tablets as well as TV, plus a new suite of services on You Tube fronted by its own vloggers, the BBC now plans – then “quality will out”.

He has a point. But it is an ambition that the BBC has been sorely struggling to achieve.

At publication of its new annual plan back in March, the BBC admitted to a crisis over its youth audience and added that it was with the very youngest age groups that it is now at risk of losing touch.

It found that more than 80% of children go to YouTube for on-demand content, half to Netflix and only 29% to the BBC iPlayer. Children aged five to 15 spend more time each week online (15 hours and 18 minutes on average) than they do watching TV (14 hours). The average weekly reach of once dominant children’s TV player CBBC among six- to 12-year-olds has fallen dramatically, from close to 40% in 2011 to less than 25% last year. And with 43% of 12- to 15-year-olds using their mobile phones to watch TV, the popularity of the traditional TV set is increasingly under threat.

Then, as if to add insult to injury, Rajar figures out in May showed The Radio 1 Breakfast Show had shed hundreds of thousands of listeners since the start of this year.

According to BBC insiders, change is coming. Aside from the You Tube strategy, BBC Three Controller Damian Kavanagh recently announced an additional £10m investment in youth programming for the BBC’s one-time TV channel for 16 to 34 year-olds which since February 2016 has been an online creator and streamer of content for the same audience primarily via BBC iPlayer and social networks. The service’s recently declared aim is to reach ten per cent of all UK viewers aged 16 to 34 by 2020.

To achieve this target, I would suggest there are powerful lessons still to be learned by the BBC from today’s younger generation of digital-native youth audience.

First, the BBC should further embrace diversity. As it makes strides on screen, behind the scenes it needs to do more to be truly pioneering and engage different audiences from different backgrounds looking for something new that speaks directly to them and their experiences.

Second, it must reassess the way it defines creative excellence. Copa90 is a great example of how brands can retain their creativity while eschewing perfectly crafted content in order to connect with fans at a visceral level. To compete with YouTube, the BBC must be prepared to create the more agile content that young audiences now expect and break down institutional barriers to enable true co-creation.

Third, the BBC needs to get smarter about the way it uses data - not just to inform the creation of new content, but also to work out where that content should live.  There is much it could learn in this respect from Vice, which successfully uses data to segment its audiences and discover audience passion points. Resulting content does not directly reflect what the data says but, rather, data is used to ensure that the stories told resonate with audiences on a personal level.

Fourth, a vast organisational shift is required. Currently, the BBC content team is at the bidding of a commissioner when they should be focused on the audience. There is no point worrying about the commercial, capacity and capability elements of broadcasting when a fundamental question – is there an appetite for it? – is yet to be asked.  The BBC has much to gain by adapting from a broadcast-out organisation to one that’s truly audience-in.

However, perhaps the simplest – and most important – lesson of all can be learned from BBC Three.

Only now, through shows like Fleabag and Murder in Successville, has BBC Three made a name for itself after a hesitant online-only start in 2016. The move online did not in itself encourage younger viewers to engage, it took great, relevant and innovative content. Which is why rather than worrying about which digital platform, the BBC’s focus should fix on getting to know better its younger audience to tell the stories they want to watch. 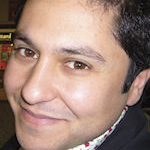