To counter environmental change, there must be mass behaviour change and Lowe Lintas’ Neeta D’souza says one simple way to start is with the BJ Fogg model.

If environmental change is caused by people, then are people the solution to this change?

Haven’t we all been part of discussions where climate change is an unavoidable issue at hand and yet when it comes to change, we feel helpless? We care about sustainable living but maybe we need to be educated, explained or even inspired to take steps towards the very change.

In a country like India – with its ever-growing population, millions below the poverty line, dependency on agriculture, unbearably hot climate in most parts and a lengthy coastline – is predisposed to climate disasters. However, the myriad of problems India faces seem to make climate change last priority. After all, it’s easier to care for the environment when you have the luxury of time, space and money, and understand the consequences and act accordingly.

In a nutshell, citizen apathy is one of the most compelling factors that stands between the country and sustainability. This apathy cuts across rural and urban areas, often leaving environmental protection to a governmental agenda. Until the time the problem itself is not personalised, it will always be someone else’s problem and the dream of a clean, green India will remain a distant one.

Given my background in advertising, I strongly believe that as a vehicle of mass behaviour change, there will be many opportunities to inculcate sustainable habits in people. But easier and applicable models from behavioural science have been my wake-up call to look beyond just mass advertising. What may appear to be simple steps in a path to purchase goes a long way in affecting change. As behavioural science evolves, there are many robust frameworks to help apply behaviour change in a rigorous and systematic way but let’s begin with one such simple model, the BJ Fogg model, and grow along the way.

Must-knows about the BJ Fogg model

Components of the model: Motivation, ability and trigger

The first component of ability, needs to be simple for the behaviour to be carried out. Different people may have different types of abilities – some will have time or mental bandwidth in abundance, others money or physical effort. Various combinations of abilities will help determine a trigger to change behaviour.

The second avenue for manipulation is motivation levels.

Even if motivation and ability are high, triggers must be present. Triggers can take many forms and be implemented in many ways. Typically, they consist of three elements:

Triggers can be of three types:

Application of the model

The model is impractical without its application, so how better than to apply it to the current climate crisis and more sustainable living.

The BJ Fogg model can be used for different cohorts with various combinations of a certain degree of ability and motivation.

Let’s look at various combinations of how the BJ Fogg model can work on different cohorts of people.

We will be looking at a sustainable living practice that can be adopted by individuals and various brands can fit into this journey.

This part evaluates an individual with various fluctuating parameters of ability and motivation. In this example, we’re looking at a governing body or an institute that wants to inculcate more sustainable living into a set of people.

Few people being highly motivated have more time at hand, more money at their disposal and are willing to put in more physical effort to lead a more sustainable life. At the other end of the spectrum, we look at people with low motivation and hence less mental bandwidth.

Facilitator: Here we ask them to use a bicycle for short distances as an ecological option towards sustainable living.

Measurement: To check how effective the idea has been, we could measure the same by checking the use of public transport for short distances – whether it has gone up or down.

Ongoing action: Messaging around certain high footfall stops on how the use of bicycles has gone up to motivate others to join the journey towards sustainable living.

Measurement: To check with local gas providers if local use of electricity has increased or decreased.

Ongoing action: Offering discounts on regular service check-ups so people feel motivated to maintain their solar panels. Or badges of honour that gratify them as green citizens to increase pride and inspire peers.

Behaviour change idea: Showing support through drives such as collection of recyclable waste or clean-up drives, speaking to their collective action but also personalising areas if possible to spell out sentiments.

Measurement: Creating rewards through public appreciation or putting up posters gratifying those who have been leading the drive.

Ongoing action: Make the drive an annual activity. Create winners from one year to lead the drive the next year to help exemplify and create role models to follow.

Let’s also look at an example of an individual with a low level of motivation.

Behaviour change idea: Assigning an expert to solve queries on sustainability, someone who can simplify the process and break it down to execute it step by step.

Measurement: Asking them to post their success stories and tagging the expert so that they are rewarded or monitored.

Ongoing action: Chatbots or platforms which have literature providing them with reference toolkits that stay even after the expert has moved on.

This has been a glimpse of an individual driven by different levels of motivation and how the B=MAT model can be used to design lasting behaviours.

There is no silver bullet to change behaviour – the trick lies in identifying the behaviour in detail. The spark. Overall, easier and simple processes are appreciated. Timing is key.

The trigger should act as a call to action, otherwise the behaviour won’t lead to change.

Lasting behaviours are not just a matter of motivating, enabling, prompting or creating the spark. It is also important to continuously reward and recognise them to reinforce positive behaviours. It helps to put a mechanism in place to periodically check and weed out undesirable behaviours.

With climate change a bigger issue now than ever before, I’d be more than happy if institutions are inspired by the model to action behaviour change. 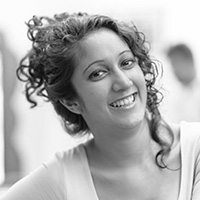