The streaming wars are setting up as a conflict of broad catalogue versus specific original content, says Jesper Norgaard.

Do you remember what life was like back in 2007? Rihanna was on the radio singing about umbrellas, Harry Potter set out to save the world one last time and Apple introduced the iPhone. Good times.

But it was also a time where most people were bound into a contract with a cable company, paying a small fortune for 50 TV channels of which you probably only liked 3. It was frustrating, but unfortunately, it was just the way the industry worked.

Then, on a cold January morning, a small DVD rental business announced that they were going to launch a streaming platform with lots of entertainment for a fraction of the price that the cable companies charged. Just a few years later, Netflix had disrupted the category and taken the globe by storm.

In the beginning, the broadcasters and media owners weren’t too concerned about the streaming platform - they just saw it as an opportunity to license their properties and create additional revenue streams. As a result, Netflix has been living the dream for a decade, growing into the global entertainment powerhouse it is today. But I believe that their golden house of cards might be about to collapse.

With cable viewership going down and streaming subscriptions going up, it appears that most of the more traditional broadcasters and media owners have changed their strategy to take a more active role in the world of entertainment yet again.

This past week, Disney launched their own service, Disney+, in the UK, with an incredibly attractive price point of only £5.99 per month or £59 for a year, in return for access to the entire Disney back catalogue, as well as all other Disney-owned properties, including Pixar, Marvel and Star Wars.

To differentiate Disney+ from the many other streaming offerings, Mickey has asked everyone to return home to the Disney castle. The Skywalkers. Woody and Buzz. Mulan. The Avengers. Even Jack Sparrow. They will all leave their existing streaming homes and return to their creator’s home, Disney’s own platform..

Disney is not the only company taking back control. HBO, Comcast and others are making similar moves, bringing all their content back home.

For a business like Netflix, this development is a major challenge because 80% of the most viewed content on the streaming service is licensed (e.g. The Office, Friends). With the broadcasters and media owners taking back control, we have truly come full circle - the disrupted are disrupting the disruptors.

It’s almost as if the pendulum is swinging back to where it was before Netflix disrupted the industry - we are moving from broad content catalogues back to original content creation as the main point of differentiation. We are now in a world where many streaming services compete, like the cable companies 15 years ago.

Whereas 5 years ago, having a single Netflix subscription was enough, I expect that we all are going to end up subscribing to a number of different services to cover our entertainment needs.

Originality will be more important than ever

I would suggest that while an extensive back catalogue of content from the past is good for casual viewing on a school night, the most effective way to acquire new users will be to bring new original content to the masses. Ultimately, the new content will work like a product launch, giving the streaming services something new to talk about.

The best example of this is probably Game of Thrones from HBO, which has continued to grow the subscriber base for the services showing the shows - I suppose some (if not, most) of the growth of Now TV here in the UK can be attributed the hit series.

For its launch, Disney has also created a raft of original content. But the entertainment house has a massive advantage in that they have an extraordinary bank of world-famous stories and worlds they can reboot and extend - they don’t have to start from scratch every time. That’s exactly what it has done with The Mandalorian, a Star Wars spin-off, that has drawn plenty of attention.

And of course, in recent years, Netflix has super-charged their Netflix Originals output (e.g. Stranger Things), investing a staggering $15bn in 2019. But in this lies the problem!

Creating original content costs an enormous amount of money - money that most of the players don’t really have. For example, look at Netflix’ $15bn investment. They have brought some great content to life, but it has mostly been funded by piling onto their already huge mountain of debt. It’s simply not a sustainable strategy - at some point, the investors will want to get paid.

Netflix could increase prices, but that strategy I’m doubtful that’s the right way. When Netflix first disrupted the market, they entered with a very low price point to grow their base - and while the price has increased, it’s still too low to finance its content expenditure. A myriad of competitors are entering the landscape, matching the price benchmark that Netflix has set, making it increasingly difficult to raise the price without bleeding customers.

For Amazon and Apple (and maybe even Disney), it’s a different story. These ultra cash-rich business empires can afford to continuously pour money into original content development, giving them a significant competitive advantage over the smaller players in the marketplace that will eventually run out of money.

Additionally, I wouldn’t be surprised if the likes of Amazon and Apple start complementing their content creation with high-profile acquisitions to buy not only subscribers, but ideas.

The outcome of the streaming war is unclear, but there’s little doubt that we are entering a new golden age of TV (well, streaming) and that we still have the best content to come as the existing and new services continue to compete for our attention and card details. 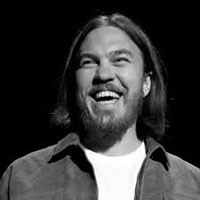