The Branding Nook’s Prachi Gupta says the virtue of inclusiveness should be normalised, with brands and marketers celebrating women and their achievements throughout the year and not just on a single day/month/occasion.

Over last few years, so much has been written and spoken by brands on embracing inclusive culture that it appears as if biases and prejudices have ceased to exist in the present world. Being an educator and trainer in the branding space, I am disturbed by the commodification of certain days and occasions that rest on virtues which should be held high.

Virtues of respect, equality, appreciation and motivation remain fresh and relevant in every age and time. Confining them to a single day/month/occasion, and that too when the space gets highly cluttered, is like pushing these virtues into a state of claustrophobia.

In the field of marketing and advertising, the term “big idea” is popularly used to symbolise the foundation of a brand by creating a strong message that pushes its boundaries and resonates with consumers. 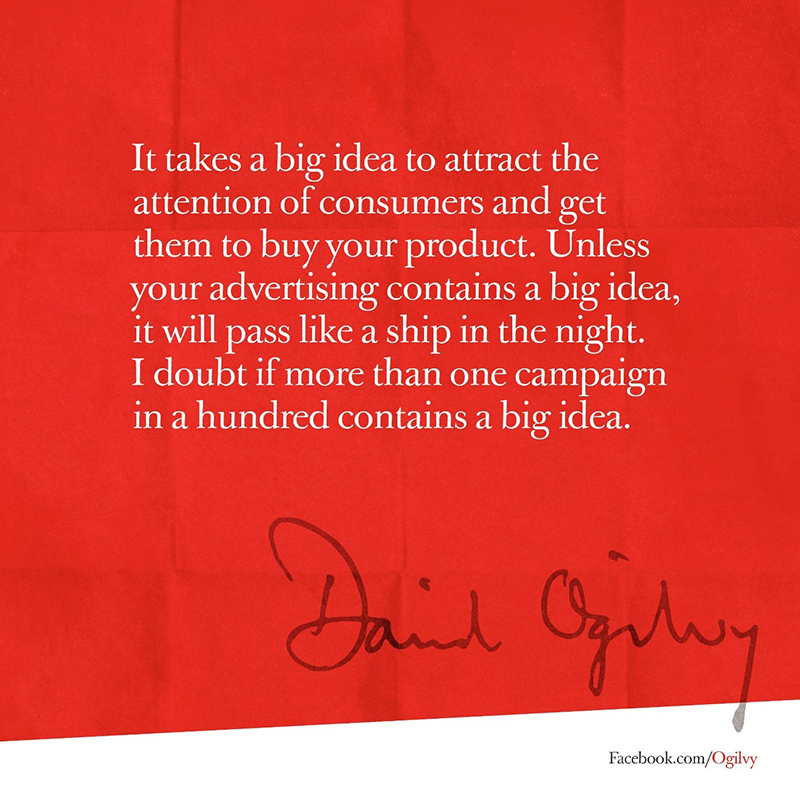 David Ogilvy, who is known as the father of advertising, said, “No idea is big unless it will work for 30 years.” And some of the brands, whose positioning has been sustained for many years, have high virtues and values. 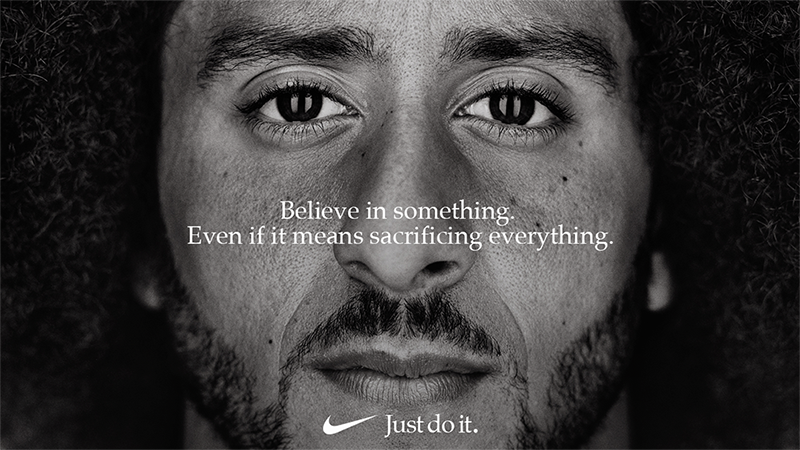 Nike’s signature slogan, “Just Do It” has been the same for more than 30 years, which indicates a sense of inspiration and motivation for the athletes and one which will never lose its relevance for this target audience.

Nike has remained consistent in its branding and global marketing strategies throughout the duration of the company. 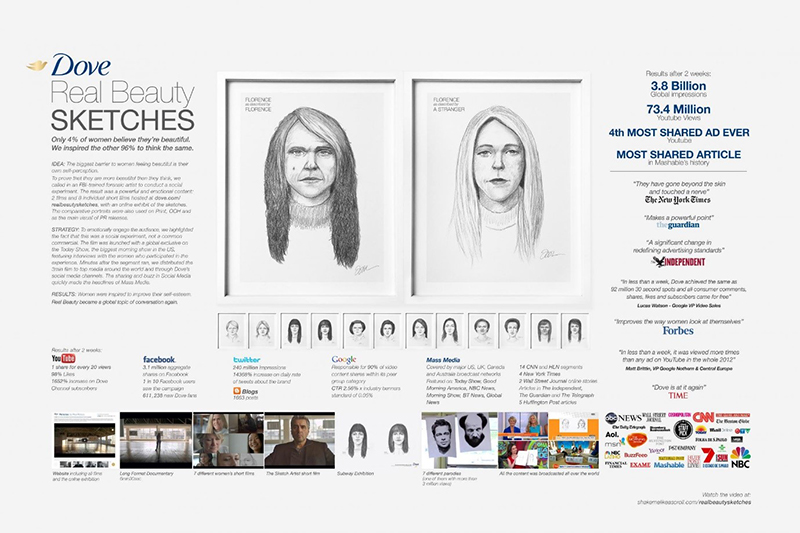 Another example is Dove, a brand that has been running its “Real beauty” campaign since 2004, although with certain controversies flaring up in between.

But no one can deny that to define real beauty by what lies within, and not what appears externally, is a virtue. And it should not be confined to any age, time, class, country, sect or sex.

The definition of beauty has evolved over time and brands like Dove have contributed well in this evolution and awareness towards the greater good. I see all of these as inclusive steps.

But what we are doing to Pride Month, Women’s Day and many others is like falling into the trap of meaningless marketing. The basic premise of marketing is to add value to the lives of customers, in a way that stays in their hearts and minds for a long time. Instead, we see today that brands are in a race to participate in the clutter, which has no appeal or recall value.

Last year, during Pride Month, my opinion article on inclusive culture was published on WARC, where I urged brands to move beyond commoditised pride for real impact.

When a brand considers entering the clutter as imperative strategy to leave positive impact, that strategy lacks the required strength and actually impedes the brand, as was recently seen when Flipkart created a promotional message which read: 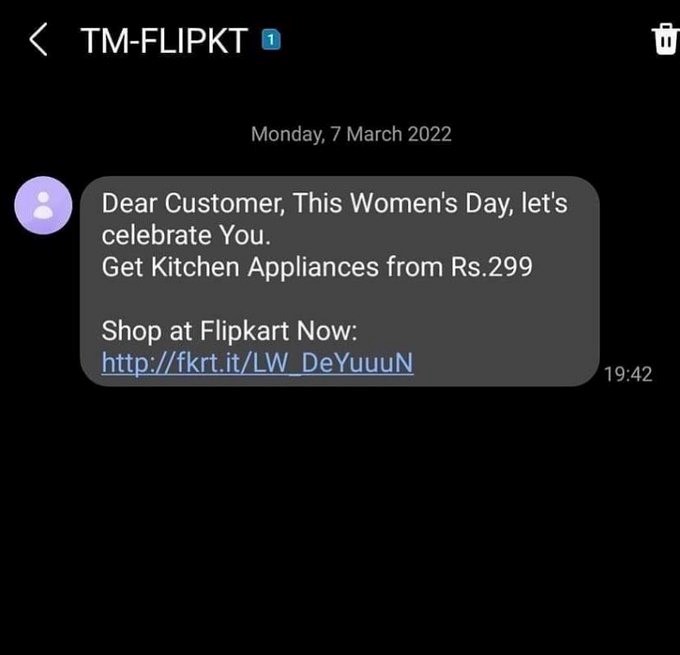 This message evoked widespread criticism on social media, as people felt that the brand reinforced stereotypes equating women with kitchens and cooking. For this goof-up, Flipkart later posted an apology on Twitter: 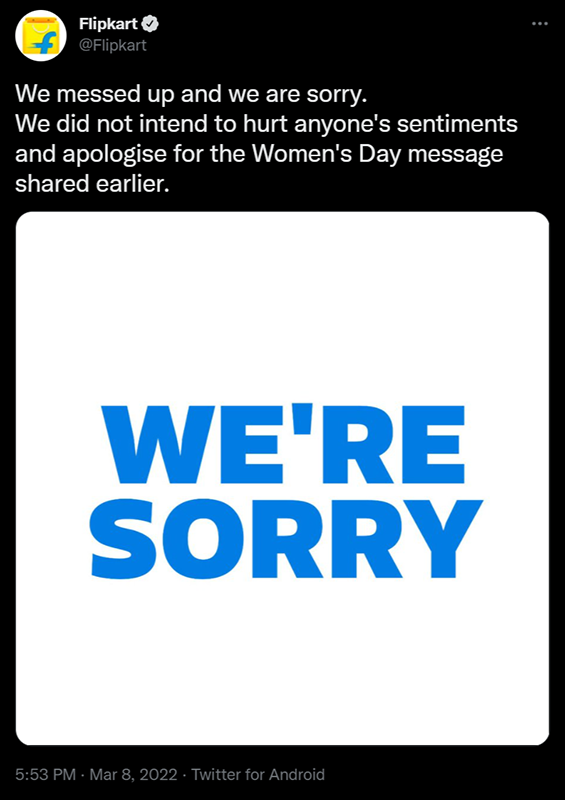 All this was an outcome of one desperate step, just to participate in the message clutter on Women’s Day.

What exactly are stereotypes?

Aren’t we being stereotypical by making women feel special on a single day or week, at most, every year?

Won’t it be an equitable and inclusive world if capabilities and achievements are celebrated over just gender?

According to the International Women's Day website, March 8 is a global day celebrating the social, economic, cultural and political achievements of women.

Then why, every year, at the beginning of March, is there a flood of messages describing women as the epitome of grace, pure at heart and making sacrifices, who nurture and so on. Is all of this only women-specific?

Then there are messages with calls to action (CTAs), to appreciate, make her smile, feel special. Is all of this specific just to a single day in a year, while the real impactful actions are still missing?

This was well captured and highlighted this year by a Twitter account, @PayGapApp, which functioned like a bot and exposed the pay disparities that exist in companies, that tweeted to celebrate the female workforce this International Women’s Day.

The app was created by a British couple last year using government data on gender pay gaps in British companies and this year, it held businesses to account by warning: “Employers, if you tweet about International Women’s Day, I’ll retweet your gender pay gap.”

By the end of the day on International Women’s Day, @PayGapApp had gone viral, with more than 120,000 followers. The effort was widely applauded and the account’s popularity reflected consumers’ growing demand for transparency from companies that create big campaigns against inequities, without paying heed to those being perpetuated within their own workplaces. 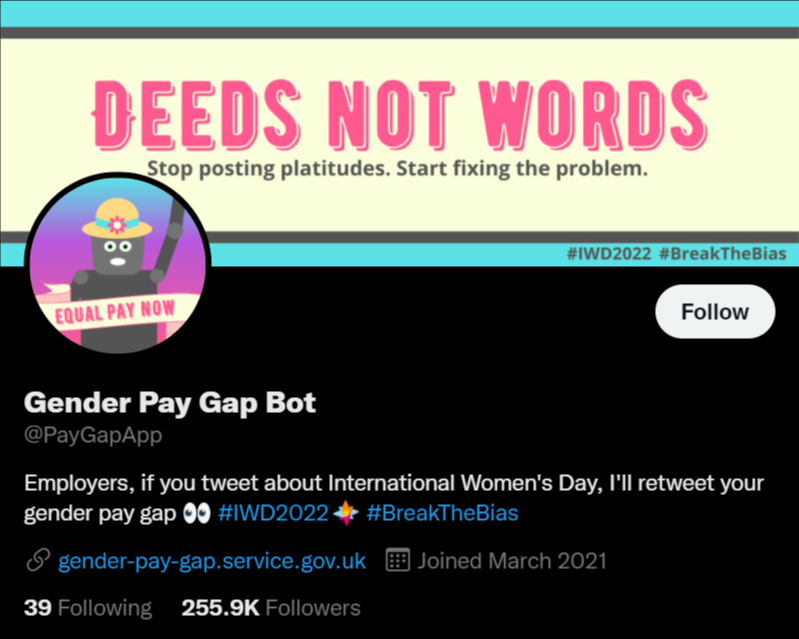 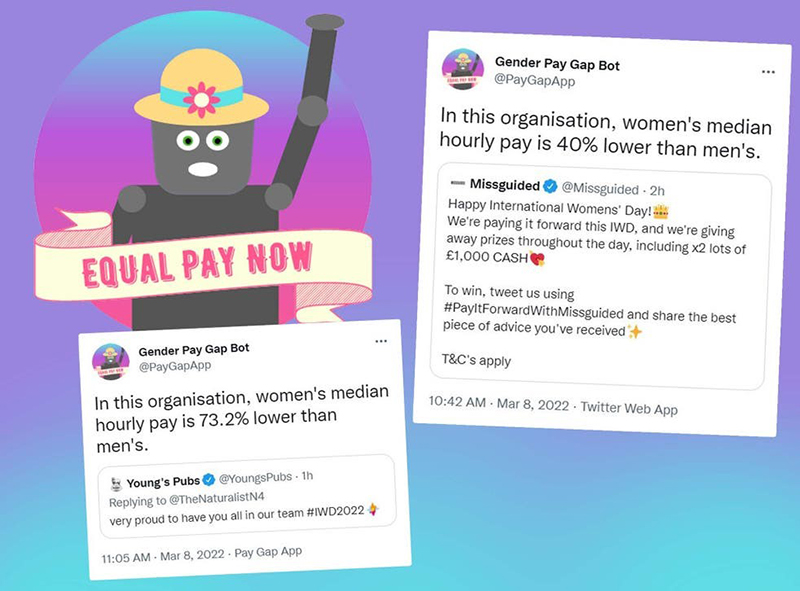 Celebrating women’s achievements, highlighting their pressing issues, laying down policy measures and action plans should be the agenda of the day and their execution to be carried out throughout the year. Otherwise, it will just be a game of Pride and Prejudice.

We frequently come across different panel discussions organised by different brands. If the panel includes only women, it’s a moment of pride. But if it only has men, its stark prejudice. Then what follows is the awakening, activism and apologies, such as this in December 2021: 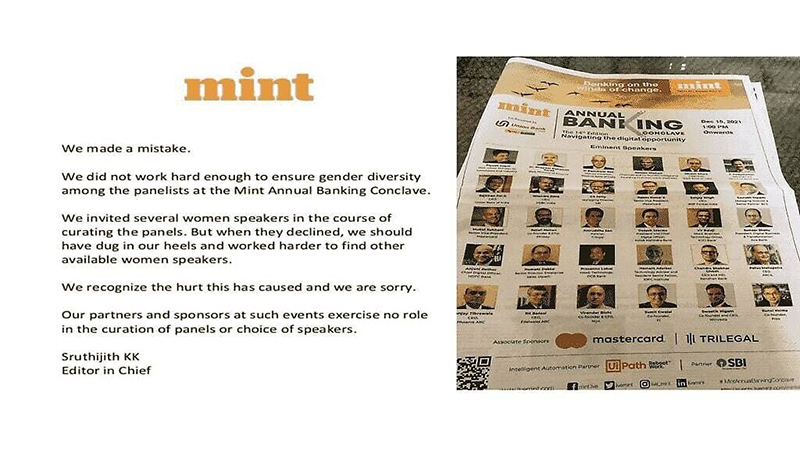 Mint apologises for a men-only panel on Banking conclave

We have to normalise the living

On International Women’s Day this year, The Economic Times’ story entitled “Encouraging participation of women in STEM” put forth the harsh reality of very few women being present in the field of science, technology, engineering and mathematics (STEM).

Data supporting this grim situation states that only 17 women have won a Nobel Prize in physics, chemistry or medicine since Marie Curie in 1903, compared to 572 men up to 2017. Also, only 28% of all the world’s researchers are women.

The deep-rooted issues and causes behind them need to be worked out. Binds of social stigma and unmindful social expectations cannot be loosened by nominal activism on the society front or an overload of media promotions on the brand marketers’ front. Just push aside the suppressions, limitations and restrictions and we will see the punchline “break the bias” losing its relevance.

Injustice and inequity exist in so many areas and so many sections of society. A day should be dedicated to attend to each of these issues if that can provide a long-term solution. In a land of diverse cultures like India, do brands play their role in diffusing this diversity in all of their acts and strategies? So many sports champions hail from north-east India but their visibility on media remains so short-lived that memories of their wins get shorter in our minds.

Definitely, we need dedicated days to celebrate achievements, emotions and relations but not just a single day/month/occasion to showcase virtues – it should be part of everyday life and everyday brand campaigns.

I see a problem when virtues like inclusivity get commodified and the moral state of the planet becomes just another marketing tactic. Brands and marketers have a bigger role to play. Once they acknowledge and showcase that responsibility, it will lead to the further enhancement of their own brand value. 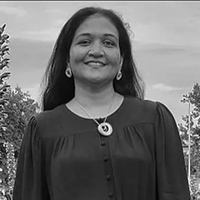