Tech’s role in innovation should be to make us more, not less, in touch with what humans actually want, writes Jem Fawcus from Firefish.

I can remember the heady days of 90s web-utopia: grand visions of what the digital age would, could or should become. The flow of information and ideas would be free, universal connectivity a liberating, democratising force. It was to be a means to rapid sharing of knowledge, levelling the playing field, decentralising power and control: a place free of business and government, a hive of self-determination and Valley-ish Objectivism.

Imagine a society where everyone had access to all the information in the world, and could connect and share ideas – how humanity would live on a higher plane!

How many of these predictions turned out to be true is hard to say – perceptions have not kept apace of reality. In the last two decades, the world has become: smaller, fickler, increasingly impersonal. There is a feeling that technology is turning us into 2D versions of 3D beings, our lives cogs in the tech corporate machine, what we see and experience determined by shady algorithms. For many in the West, there is a sense that we’re quickly losing touch with what it means to be human. We are going through a phase where this is beginning to trump the many advantages, connections, and access to information that technology gives us.

It’s hard to imagine a world in which the internet hadn’t existed. A child born in the UK today will never know a world without smartphones. Yet for a child born in some places in Colombia, the near-opposite is true. For 14.5 million rural Colombians, access to the internet was, until last year, virtually non-existent. Most do not own computers and few phones are smart. It remains an analogue enclave of the digital world.

The utopianists would claim that technology should not be exclusionary – and they’re right. So, the Colombian Ministry of Technology & Communication (MinTIC) ended the drought, enabling users to interact with Google Assistant over an old-fashioned phone line. Call the number, ask a question, get an answer from Google.

For innovations of this sort to be successful, demonstrating an understanding of the human condition – the lived experience of the people you are trying to reach – is a prerequisite. Tech for tech’s sake has made brands lose sight of how best to connect with people. Trying to understand human beings through mathematical means alone forgoes those holistic values that enrich the true human experience, like interaction and community.

These communities couldn’t have been reached through digital advertising. Providing access to the sum of all human knowledge over the phone represents two worlds colliding, old and new. Incorporating tech into the lives of digital neophytes requires explaining it in a way that demonstrates how it will improve their quality of life. Speaking to the aspirations of rural Colombians, their wants, needs, and desires. Making clear that the government understands the problems faced and has provided a solution to them. But it needed to be handled in a way that wasn’t patronising or metropolitan.

The campaign around the tech aimed to show that one could check football scores or get help with their child’s homework. It spoke on the terms of the national sport, to the aspirations of escaping rural poverty. MinTIC went door-to-door, used posters, blared a message through loudspeakers and TV spots, all with the ambition of driving word of mouth. And it worked.

To change behaviour in any way, understanding the cultural norms of a target audience – where those behaviours come from – is an essential place to start. The Colombian government knew better than anyone that guerrilla war had led to economic stagnation, stymieing the flow of rural-to-urban domestic migration, leaving behind swathes of people technologically. But in another winning campaign, for digital wallet Paytm, changing one of India’s most entrenched, culturally anomalous behaviours wasn’t so easy. 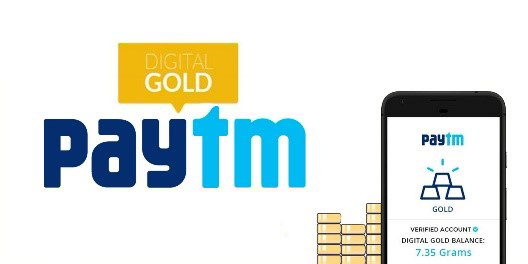 India loves cash. Some 98% of transactions are hard currency. It’s a cultural affinity born from a lack of technological infrastructure combined with a suspicion of financial institutions. Despite 800 million debit cards in use across India, five in six transactions are to withdraw cash from an ATM. When Prime Minister Narenda Modi in 2016 embarked on ‘demonetisation’ – the removal from circulation of large denomination notes to encourage digital transactions – it took only 18 months for the amount of cash in circulation as a share of GDP to return to the share recorded prior to demonetisation. India loves cash.

Paytm was operating in territory almost hostile to its innovation. Cash is transactional, a means to accumulate and purchase. But the one thing Indians love more than cash is gold. Gold has huge cultural significance, transcending its role as an investment to have religious significance, act as a status symbol, ornament, heirloom and general all-round auspiciousness. So Paytm created a way for Indians – regardless of wealth – to invest in gold through its digital wallet. Paytm became a way to tap into all the cultural benefits of gold. A campaign around the Akshay Tritiya festival – when gold buying is at its peak – led to some 10 million people transacting $56m of gold.

Paytm realised that brands that attract people based on a transactional value – such as cashbacks or convenience – can only make transactional connections with them. Once the wells of discounts dry up, people may defect to other brands. To establish a deeper connection, a brand has to add value to their lives by understanding the culture those people value, and incorporating that cultural insight not just in communications, but in the product itself.

There’s a lesson here for brands: if you push too hard to change entrenched habits, people will push back. You need to find a way of being a part of the culture you are trying to alter. Simply launching a shiny new toy and waxing lyrical about how it will improve lives is futile when people are happy with what they have.

The world may be becoming more impersonal, more data-led and slave to the algorithm, but that doesn’t mean brands should lose touch with their humanity. These are real people, with real lives, stories and needs. Speak to these realities, these human truths that are the experience of millions. Treating people like numbers on a screen – data to be extracted – is a race to the bottom. Combine data with real human understanding, tapping into real human lives, and your strategy will fly. 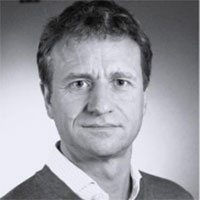