Some innovative brands believe that they need to be in service to audiences. Howard Pull, Strategic Development Director at MullenLowe Profero, suggests that many of the winners in the Effective Innovation category of the 2018 WARC Awards achieved this and enjoyed great returns.

If we look at the past decade, Silicon Valley giants have driven a huge amount of disruptive change. Their success lies not in technical prowess alone, but their obsessive focus on solving human problems. The marketing effect is often woven into their solutions as a by-product.

Experiences that make our lives easier are valued by people. A recent Harvard Business Review study showed that people are on average willing to pay a 7% premium, are 8% less likely to switch and are twice as likely to make a spontaneous recommendation for the brands that focus on making lives easy over aspirational values.

This year's Innovation winners show that if you start from a place of solving a problem, for an individual or for a society, it will get you to an entirely different place than just looking at a brand’s goals in isolation.

By starting from a perspective of utility, by being in the service of others, you can reach new audiences, find new relevancy, change perceptions and lives in ways a brand-out outlook would not.

The winning entries got to utility that disrupted norms by:

Lesson 1: Reframe the challenge into an opportunity to serve others

The Ad Council asked a people-focused question which led it to a solution disguised as a campaign.

It started with a powerful insight: hiring managers typically spend seven seconds looking at a resume, a huge barrier to overcome especially for candidates without a college degree or traditional experience.

An easy route for the Ad Council could have been an awareness campaign that talked about the issue. Its masterstroke was to ask a better question: could its campaign be part of the solution to the problem it was highlighting? Could its campaign directly prevent its audience from being overlooked?

Putting its marketing weight behind a job hunter’s seven-second resume delivered stunning results. Through turning career fairs across the country into seven-second film sets, it built a valuable service for its audience, which also happened to be successful advertising. It created utility that helps job hunters to stand out and recruiters to find them. It also created something which has the potential to disrupt behaviours around recruitment.

Lesson 2: Humanise an issue to an audience of one

For Age UK, being in the service of others meant using technology to highlight a hidden problem. Its audience’s chronic loneliness was an invisible societal issue to most. Age UK put the people in need front and centre, rallied society and local areas around this, then used technology to make the problem relevant to the street you live in. It coupled a Loneliness Index that could be applied across society with an emotionally-charged ad spot which humanised the problem and gave a clear call to action on how the viewer could be part of the solution. Age UK showed utility shouldn’t be stereotyped as function without emotion: data and a powerful creative message should work in tandem, as their transformative results testify.

Lesson 3: A service can be part of the message

hearLIFE Clinic asked how it could highlight a problem to an individual that didn't know they had one. The early signs of hearing loss often go unnoticed by patients until it’s too late. Through collaborating with hearing specialists and understanding its audience’s symptoms, hearLIFE turned its advertising into a health service. The lesson we can learn from hearLIFE is that media in itself can be a utility. Getting people to experience the solution works.

Lesson 4: Accessibility is about ‘who’ as well as ‘how’

India's IDFC Bank in a Box taught us to look at utility from the perspectives of access and authority. Its technical innovation helped spark a revolution to bring banking services to rural towns. But this wasn’t simply about functionality. It took a rounded view of what ‘access’ meant to its audience, its insight into the perception of banks and branches as bureaucrats led it to place bank access in shops and grocery stores, making local shop-keepers an approachable face of the bank. By going beyond tech thinking alone, it understood that utility meant building a connection with the people it serves.

A sample of WARC’s Effective Innovation Report 2018 can be downloaded here. 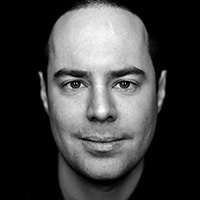