TV sponsorship is a costly exercise – simply look at Just Eat’s X Factor sponsorship this year for a cool £10 million. However, examples like this haven’t stopped household names from queuing up to link their brands with popular shows.

Sponsorships are old-school TV. So, what’s behind their continued appeal? How can brands make the most of the opportunities they bring? And what does the future hold for this multi-million-pound space?

A TV sponsorship is essentially an opportunity to showcase a brand in a frequent and, relatively, non-intrusive way. There are end-cap sponsorships that pad programme blocks (“brought to you by …”) or displays “inside” of programming, where there is some kind of imagery that reflects back to brand equity.

Some of the most effective slots are the ones that happen at the top and tail of ad breaks. Running right before viewers leave the room, or as soon as they come back, these ads are likely to reach a wider, more engaged audience.

Sponsorship slots are bought and managed differently than standard TV ads. While they are bought in advance, sponsorship deals can lock brands and shows in for several years before contracts come up for review. The length of the partnership varies, often depending on its intended outcome, which may be to launch a brand, establish authority or drive response and engagement.

The Perks of Being a Sponsor

Sponsorships hold even more value for advertisers because of their capacity to drive long-term awareness and positive brand associations. Thinkbox found that viewers of a sponsored TV show are 10% more likely to believe the featured brand is popular and twice as quick to recommend it vs. non-viewers. It also found TV sponsorship fuels long-term brand health because it gives vast, consistent advertising reach.

For instance, the sponsors of rugby’s biggest event, the Six Nations, can reach more than 125 million TV viewers across more than 190 countries. What’s more, the annual income of rugby fans is 20% higher than the UK average, making them a lucrative audience. The impact of sponsorship isn’t just limited to TV viewing; it can also drive response across social media. With over seven million people following the social media accounts of the Six Nations teams, the TV schedule is their third most shared topic.

The reach and influence of new or emerging shows can be tricky to predict, but headline Love Island sponsor Superdrug had an unexpected bonus as viewing figures increased 73% year-on-year. The impact of the sponsorship – which included product placement, an opening credit sequence, and bumpers throughout the show – resulted in online searches for the brand increasing 900% in the final month of the series.

Maximising the Power of Sponsorships

While the potential advantages of sponsoring a TV show are enticing, brands must consider the options carefully before making the leap. Just because a show is popular now, doesn’t mean positive advertising results are guaranteed. Brands need to be sure a show’s core demographic aligns with their target audience, and that ad creatives are sufficiently engaging for that audience.

Then there’s the issue of measurement – quantifying the sponsorship’s impact:

Finally, brand safety is something every advertiser needs to keep in mind. TV advertisers have tremendous power and control, and there are typically very stringent content-approval processes across the board. While TV does not pose the same brand safety issues as digital, it pays to keep content and context in mind. Before entering into a sponsorship deal, carefully consider the potential ramifications of association with a particular show (Is it live or pre-recorded? Have there been issues in prior seasons?) or personality (Have headliners had PR scandals in the past?).

A Flexible Future for TV Sponsorship

Like all advertising mediums TV must continually innovate to keep audiences and brands hooked — and this includes sponsorships, which appear to be evolving outside the standard offering. This year, Channel 4 announced the launch of super-spots to maximise its acquisition of The Great British Bake Off. These super-spots guarantee the same centre break in an episode wherever it airs across the Channel 4 brand, be it an hour later on 4+1 or a catch-up slot on 4seven. This concept may have inspired The X Factor and Adele’s central break slot featuring her powerful 30-second ad for Hello.

These new slots appear to have worked in Channel 4’s favour, attracting brands who rarely advertise on TV to sign a multimillion pound deal, including Lyle’s Golden Syrup, who began advertising on the channel last year, and Dr. Oetker, who has never sponsored a prime-time TV programme before.

While TV advertising is often used to drive online response, the market is now starting to focus on making digital, TV, and sponsorship ads part of integrated campaigns. Sainsburys, for instance, has set its sights on multi-media sponsorship — blending TV and digital music by partnering with Spotify for its recent TV Food Dancing campaign.

Sponsorship still plays a vital role for both advertisers and viewers in the always-on, multi-channel world – with sports events and primetime shows attracting active interest from large audiences. And it seems the enhanced brand awareness, reach, impact, and innovative ad formats that TV sponsorship offers will guarantee its place in the brand marketing mix for years to come. 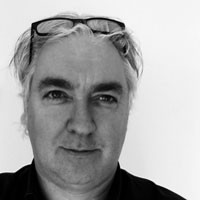