This post is by Millie Thakker, a graduate at MEC.

As more of us carry the technology to create videos wherever we go, it is no surprise that online video will become the fastest-growing form of advertising.

Smartphones, iPads, Google Glass… nowadays it is easy to make a video and almost all of us carry the capability with us wherever we go. Online video advertising has grown 86% this year (The Guardian, 2014) with over 100 hours of video being uploaded to YouTube a minute and 6 billion hours of video being watched a month (YouTube, 2014). It is no surprise that people and brands alike are increasingly turning to video content to promote themselves.

With over 25 million unique users a month (comScore, October 2014), YouTube is the number one destination to browse or find videos. However, Facebook is becoming an increasing threat, with many brands now choosing to upload videos exclusively to the social network, rather than duplicating it across multiple channels. Earlier this year, Beyoncé released a video with backstage footage of her performance on MTV, within four hours, there had been 2.4m views on Facebook vs. a few thousand on YouTube. But does this mean users prefer Facebook to be their viewing platform? One way Facebook has been trying to capitalise on growing video content is by introducing its new auto play feature in the hope it will draw more people in. The Beyoncé video is a perfect example of how easy Facebook is making interaction and engagement. To comment on a YouTube video or 'like' it one would have to sign in separately to their Google account. 'Social Bakers', the social media analytics platform that provides social media network statistics, released a study in October 2014 indicating that marketers were increasingly uploading videos straight to Facebook instead of YouTube. According to the head of SB 'there are no signs of the trend reversing from its current path'. In the short-term, it is unlikely this will majorly impact YouTube which still remains number one for online videos.

It is interesting to note the developments in video and the momentum that is building around it. User-generated content also acts as a platform for ordinary people to be noticed and to spread their ideas to the masses. 'Zoella' – a 24-year-old girl from Wiltshire – after five years of posting beauty videos now has her own make-up range, in addition to two book deals. Her YouTube channel has over 6.5m subscribers and this fame has even secured her a spot in the new Band Aid 30 song. 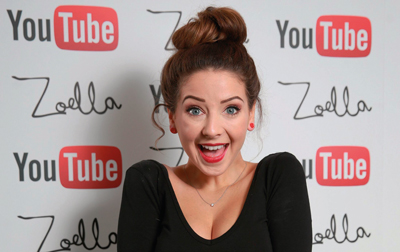 For the 'Slo'mo guys', a simple idea of investing in a hi-tech camera to film exactly what happens when things are slowed down has earned them over 4.5 million YouTube subscribers. Videos include cars exploding, giant bubbles popping and even a man vomiting in slow motion. These are just two examples of how ordinary people have harnessed the power of video to become brands in their own right.

User-generated content is incredibly powerful and if brands use it to their advantage, they will reap the rewards. One recent example, is the ALS (Amytophic Lateral Sclerosis) 'ice bucket challenge', the outcome of which was unpredictable and won saturated media coverage. The idea of dumping water over one's head to raise money for the charity became an internet phenomenon with famous people, including Barack Obama, fuelling the craze. Over 3.7 million videos were uploaded to Instagram alone. Normally receiving £200,000 a week in donations, after the video challenge went viral, ALS saw donations rise to £2.7m in one week (22nd-29th August).

As evidenced by these examples, video has become a powerful tool for engaging consumers. Online video will be the fastestgrowing form of advertising (The Telegraph, 2014) but it is the level of interactivity that will determine its success rate, as engagement must reach another level in order to achieve a higher brand salience.