The notion of the importance of “community” in building powerful brands has been around for a long time but, asks Gareth Kay, has the term now become so overused that it has been rendered meaningless?

One of the strange things in the world of marketing is the way we use concepts very loosely when trying to make a precise point. We’ve spent decades throwing around the term ‘brand’ to the point where it has lost almost all meaning. We create new terms like ‘engagement’ and use it interchangeably to mean anything from customer loyalty to the time someone spends watching a video or ‘interacts’ with us by clicking on a like button. Once thoughtful ideas made meaningless by thoughtless use. And I think to this list, we can now add the ‘c’ word – community.

The notion of the importance of ‘community’ in building powerful brands has been around for a long time. In the most fundamental sense, there are brands that are quite literally owned by either their users (think Vanguard or the Green Bay Packers) or by their employees (the John Lewis Partnership). More recently, platforms like Kickstarter and Patreon have created communities of patronage to fund products and culture. And increasingly we are seeing brands be a shared set of beliefs that people buy into. Patagonia is a fantastic example here. All of this feels like community in its truest sense: a group of people unified by a common set of interests, attitudes or goal.

One of the things I’ve noticed speaking with clients is that Airbnb has replaced Nike as the brand reference point du jour. Part of this is, undoubtedly, driven by the cultural cachet the brand has (arguably, a brand that is increasingly at risk of overhanging its business) but it’s also driven by a desire to build a community-driven brand. More and more brands are also referencing the astonishing rise of Glossier in one of the most crowded and competitive marketplaces there is.

Now these brands are, without a doubt, brilliant examples of community-driven brands. But, more importantly, these are brands whose very businesses are built on community and simply could not exist without them. Airbnb’s foundation of hosts not only creates a fundamentally different experience but has allowed the business to scale in a way that no other hospitality business has done in history. They overcommit to building real openness and participation with their hosts – from the annual Airbnb Open event to the critical (and frankly overlooked) hire of Douglas Atkin as chief community officer who brought not just savvy marketing experience but real understanding of how communities are built from his days at Meetup and All Out. Without its community, Airbnb would simply not exist.

The same is true for Glossier. Its CEO, Emily Weiss, has broken with the norms of the category – manufacturer expertise and celebrity endorsements – to co-create the brand with her customers. She believes that every customer is an influencer, she features them in ad campaigns and, most importantly, uses the community to decide what products to launch. They are active participants with the business where it is hard to draw the line between customer and creator/influencer.

There are other examples of community brands out there in widely differing categories. LEGO leverages the creativity of its ‘AFOLs’ (Adult Fans of LEGO) through programmes like LEGO ideas that encourages AFOLs to pitch ideas to the business and community for new sets. Converse, at least for the time the brand was brilliantly stewarded by Geoff Cottrill, recognised that it wasn’t a fashion or sportswear brand but had a legacy as the footwear of the musicians that changed the musical landscape. And it could honour this community by building recording studios in cities around the world to give more musicians access to recording studios and, in so doing, perhaps allow another music-changing act to achieve cultural escape velocity.

Underpinning these brands which are truly built on community is a set of principles defined by active participation and the blurring of lines between company and customer. They tend to draw inspiration more from the non-profit and political worlds of community organisation and are fuelled by earning and nurturing commitment rather than the model of ‘buyer and seller’ that is implicit in most marketing.

So it’s disheartening to see us misuse this word. To describe people who passively observe our social media posts and ‘like’ our brand as part of our community. They’re not a community. It’s just an attempt to make a marketing audience sound a little more modern and progressive. The members of your CRM programme – even one as snazzy as Nike has built – are not members of your community. They’re a group of people who buy your stuff a bit more often than average and have agreed to be marketed to. Perhaps, for once, we can be a bit more precise and a bit more honest before we make a remarkably human term become meaningless again. 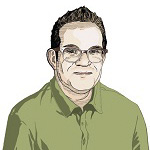