A misjudged blog post exposed the tough marketing job that utilities companies have on their hands once prices rise – Brian Carruthers examines the situation.

Energy bills are predicted to leap by 50% in a couple of months but I’m OK because I’ve got a cat I can cuddle to keep warm. No pet? No problem – just eat ginger.

These are just two of the suggestions SSE Energy Services offered to its customers in a blog, linked to in an email, listing ten energy-saving tips. Parent company OVO Energy admitted the content was “poorly judged and unhelpful” and has said it is embarrassed about the advice.

So it should be. OVO is supposed to be one of the good guys in the UK energy market. It has moved from challenger brand to Big Six status in little over a decade, thanks in part to its marketing strategy, devised by Uncommon – remember its #RenewableIsUnstoppable platform? And the Trump lookalike attempting to smash a solar panel with a golf club? Advice to open the curtains if it’s sunny feels patronising in comparison. 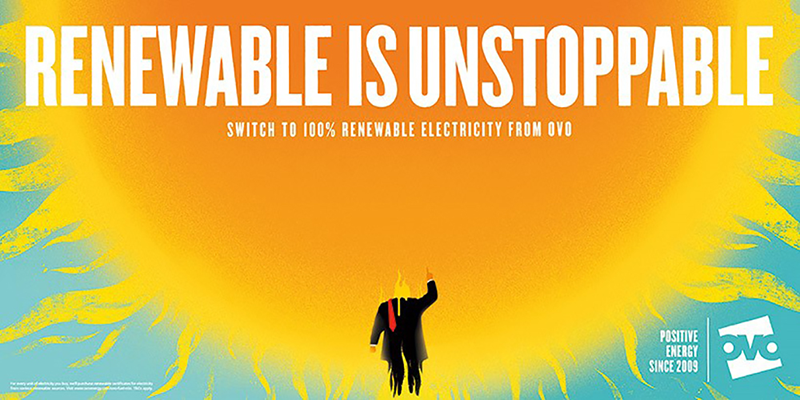 But such practical and well-meant pointers might actually be the straws that many consumers end up grasping at later this year as the effects of increases in the energy price cap, inflation and tax rises sink in.

In 2019, more than 3 million households were already in fuel poverty; a recent YouGov survey found that a third of people expect their fuel bills to become “unaffordable” in 2022.

So what’s an energy company to do in these circumstances? On the one hand, there’s the long-term future of the planet at stake. On the other, there are the immediate financial worries of many consumers. How to craft a message that successfully addresses both concerns will be a challenge for marketers this year.

Finding the right tone is something that water companies will also have to tackle. Before Christmas, Southern Water announced it was launching a £12.8m agency framework as part of its plans to boost consumer messaging around water scarcity. While that’s no doubt an essential part of what it needs to do, it does seem to be potentially placing responsibility on the shoulders of its customers, when infrastructure investment is what’s most needed.

Many of those same customers are surely all too aware of the record £90m fine the company was hit with last summer for dumping billions of litres of raw sewage into rivers and the sea. And some will also have contrasted its need to spend billions of pounds on updating its ageing sewage network with the millions handed out every year in shareholder dividends and executive pay.

Water companies in England and Wales are exploiting the very generous hand they were dealt when privatised 30 years ago. All debt was written off then, since when they have accumulated net debt of £53bn, largely to finance dividend payments. Scottish Water, which remains publicly owned, doesn’t pay dividends and has invested nearly 35% more per household in infrastructure since 2002 (and its highest paid director earns 15% of the sums taken home by the top-paid CEOs in England who are investing less).

Given the financial engineering that has characterised the industry for several decades, it’s hard to see people having much trust in these companies which are also at the very visible end of the sustainability spectrum. Standing waist-deep in human waste is a very clear signifier that something has gone very wrong – and no amount of pictures of smiling families in boats on reservoirs will alter that.