Twitter has been in decline in recent years and Elon Musk’s arrival isn’t helping, so Kommune India’s Saurabh Kanwar suggests how the platform can evolve and thrive again.

Imagine, if you will, Twitter sitting at a bar. It is staring into the dregs of a gin and tonic, contemplating what would change in the world if it were to die.

It remembers being part of movements that changed the course of nations, created history, effected social change. Not bad for this nimble timeline of sentences just 160 characters long. Good times.

But these are memories from almost a decade ago, several lifetimes in social media platform years. These last few years have only been a blurred struggle to make an honest living amidst political troll farm parasites and painful fake news flareups.

And that’s when Twitter starts dirty crying. The only folks who would notice its death would be the lazy bottom-feeding pseudo-editors who think searching for popular tweets and converting them into 300 words headlined “X goes viral, netizens react” constitutes actual news.

It isn’t exactly War and Peace but then, the actual events in the life of Twitter are a much worse hotchpotch of Homerian epic and soap operatic farce.

Most new users feel bewildered at the disjointed strands of conversation on their timeline. A vast majority just become content sippers. A subset of this group may, at best, amplify and retweet the content. Only a tiny fraction of users contributes through original tweets. These are the influencers, the intelligentsia, the opinion makers. And the trolls!

As opposed to this, Zuckerberg’s platforms got one thing right. Meta and Instagram (and of course, WhatsApp) are so simple to use that our grandparents are comfortable being there without a millennial chaperone.

And yet, Twitter that had no logical right to survive brutal competition ended up wielding a disproportionate amount of clout in front page headlines, political revolutions and even campaigns like #metoo.

This wasn’t instantly evident on the day I registered as a user in September 2006, among the first 6,000 folks on the platform. It was like a disconcertingly liminal fever dream. I forgot all about it for a few months, only to see it become that initial amazing/sexy/cool thing, best described as the most interesting cocktail party you’d attend.

And then I came to love it. Twitter work reinforced my digital agency’s credentials, helped me discover almost all my best hires and gave me cherished friendships with some utterly cool people.

Twitter has been in steep decline in recent years. The well-documented reason is that millions of those heavy users, its most avid contributors, just ejected. These are folks who have spent hours every week for years building clout and networks and they have a lot to lose, so leaving would be a hard decision. Leaked documents showed Twitter really had no clue why.

When Elon Musk had his moment with Twitter founder Jack Dorsey, there was therefore an inevitability to the alliance. What wasn’t predictable was the commotion that ensued.

Musk got off to a great start by pandering to the right wing with ideas of free speech, ignoring the trending n-word hashtags, then without a trace of irony, he banned users who made fun of him. In an attempt at firefighting, he sent letters to advertisers assuring them that he wanted to build a brand-safe product. The firehoses were full of kerosene though, since in his great employee purge, he decapitated the moderation teams that were the last (or only) line of control against the trolls.

The hysterical climax to this still developing story is his innovative blue tick idea. In a debacle that your nine-year-old niece could have easily predicted, they let anyone with US$8 get a verified account, thus “democratising the platform”. Which, of course, instantly led to thousands of new blue-ticked accounts, fabricated like brands or celebrities, that started spouting hilarious cow manure.

At the very least, this sounds like the Musk-eteers missed the fundamental usage behaviour on the platform: We don’t come to Twitter to feel like celebrities but to feel close and connected to the real, legitimate famous ones (who are the ones who really need to feel validated). A recent poll showed at least 80% of current “regular joe and jane” users saying they would not want the blue tick.

Effectively, this means that the new management has taken just under a fortnight to spook and destroy relationships with brands and their advertising budgets, the only real source of income. The biggest advertisers in the world – Coke, GM, L’Oreal, Unilever, Mondelez – have paused activity on the platform. With no real performance advertising features, Twitter is really a channel for salience, brand communication and community. Since much of this has little immediate effect on sales funnels, business heads aren’t losing sleep.

Looking into the crystal ball

If we were more cynical, we would probably conjecture that Elon and his cronies are playing some long game, craftily hobbling the platform and setting the stage for a diabolical crypto takeover of fiat currency. I did not just make that up, there is a well-researched article about this and other conspiracy theories that you can find with some light googling. Or we could agree with US Congresswoman (and ace Twitter user) Alexandria Ocasio-Cortez, who while tweet-teasing Musk and his dumb plans, called him “a union buster with an ego problem who pockets the change from underpaying and mistreating people”.

That Twitter already engaged with governments and was made to play ball on enforcing authoritarian exigencies is a well-talked about story. It stands to reason that in markets like India, Musk will want to leverage this connect for the good of his other private enterprises. That could mean a new negotiation tool in the pursuit of Tesla’s stillborn India roll-out or some juicy SpaceX-ISRO action.

That said, the headlines make it sound like the Twitter-bird’s goose is cooked. Instead of burying Caesar, I would like to propose alternate career options for him so billionaire Brutus doesn’t stab him to death.

Hand Twitter over to the Wikipedia folks, marrying the resilient expert-user verification of the knowledge platform with the immediacy of a tweet and you have a reliable source at times of crisis. The software can be open source, with the community-developed love that complex products like Linux have shown as more effective than proprietary corporate development. This also means it is supported with public donations, not ad dollars and therefore resistant to capitalist and political manipulation.

The founders have, in fact, talked about some of these aspects, especially in the context of treating Twitter as a protocol rather than a destination. So more like email, less like a social network. Twitter, in fact, funded the Blue Sky initiative that would help build this out.

This feels the most likely, and most useful path, to staying important and robust.

Twitter already has a lot of adult content. By putting in place safety mechanisms and robust tagging options, a strong use case can be created for the new Patreon-like subscription features that were being rolled out. Sex sells and it is a durable DTC revenue channel, so what’s not to like?

Community building has become a must-have fundamental for any serious digital marketing program. Community has always been a cheap and scalable alternative/adjunct to expensive content and it will be even more powerful as Web3 becomes useful and useable.

Only two platforms really do most of the heavy lifting today: Reddit and Discord. Reddit has zillions of well-run subreddits that should feel like a slap in the face of idiots (i.e all the big platforms) who rely heavily on machine learning tech to keep platforms clean and fail daily in millions of ways. Reddit’s recipe is a mix of tech + expert humans + user moderation that is far more resilient. Discord, initially built for gamers, also brings in features for engaging general purpose communities. It is, by nature, closed, i.e. more like WhatsApp, driven by private groups/servers.

Twitter has organically been home to communities and sub-cultures for years but hasn’t bothered to build real features until recently. By leaning into these natural contours on its timeline and adding some top notes of human + tech management, Twitter can be the real-time public conversation layer for communities and tribes that Reddit lacks and Discord doesn’t want to be.

With changes and actions happening every hour, it is hard to say if this story will even be relevant at publishing time. But my fervent hope as a fan is that this current phase is like one of those juice cleanses and Twitter emerges detoxed and troll-free to aid culture and civilisation for a few decades more. 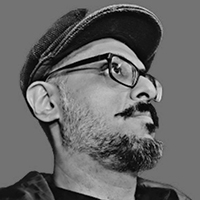 Saurabh Kanwar is CEO, Kommune India and co-founder of ATKT.in. He is a serial digital entrepreneur with deep experience in youth/campus, content and brand building. Saurabh draws from over two decades of experience in television and digital brands management. On weekends, he can be found attempting stand-up comedy in the form of lecturing at various professional colleges, preparing students for their careers in media and marketing by laughing rudely at their hopes and dreams, and mentoring their entrepreneurial plans.
Get a demo
Topics
Send feedback