Influence is becoming more complex as a landscape and with it, we need a more nuanced definition of online personalities. Propelia’s founder, Dan Simmons, ventures a new distinction.

As a quick marketing dopamine hit, that mainlines your message into your audience, Influencers are a rapid delivery system seem to make a lot of sense. Short lived, sharp focused, often shock transmission devices that are able to potentially penetrate your customer’s social echo chamber for the requisite few seconds. A few seconds sufficient to deliver content direct to your audience, designed to stimulate your desired demographic. It’s no wonder that content marketing has now taken its seat at the marketing and comms top table.

However, as the noise of content marketing and the Influencers that carry and convey that content continues to grow and infect, how you do you ensure that you don’t get drowned out and continue to reach your customer base? Particularly when it is increasingly self-evident that such Influencers can and are literally being bought, which intrinsically undermines their credibility and long term durability as that marketing channel.

If you asked a friend their opinion on a restaurant but knew that their recommendation was not only biased but bought, wouldn’t that immediately skew your sense of the trustworthiness of their suggestion and whether you followed it?

Where do you turn if you want a different type of conversation and insight?

What happens when all the influence you need is increasingly bought up, expensively skewed and probably tainted? Or when your customer base is no longer receptive to the Influencers because they themselves have moved on?

We believe this is where a new type of influence steps in…that we call ‘Propellers’.

Propellers generate huge influence but they are not Influencers themselves. Propellers can be recognised and are distinct from Influencers because they generally have and can be identified: 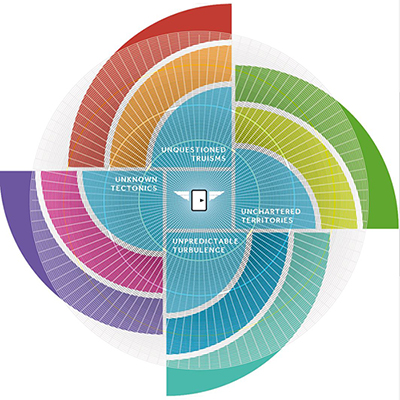 Propellers often live just off grid, under the radar but are visible and pivotal to the genuine Influencers that are often aware of them and their work. In this way they are a priori to influence and in a sense are creating the momentum upon which Influencers initially feed and build their opinions around.

Engaging with a Propeller, when asked the right questions, should yield you a different caliber and quality of insight into the Unquestioned Truisms, Unchartered Territories, Unpredictable Turbulence and Unknown Tectonics of any disrupted sector.

However if you do try and engage with a Propeller, be warned, they are going to ask you much harder questions about what’s in it for them and why they should lend their influence to you, before they agree to engage.

This essay appeared originally on Medium. Read it here. 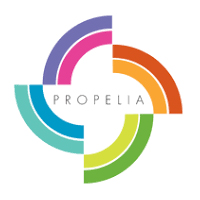