Following the FTX debacle, SPT assesses what's happening in crypto-world and what it means for brands and marketers.

Following the liquidity crisis that left FTX filing for bankruptcy and now facing very serious questions about possibly criminal activity, the wider crypto scene has found itself in an extremely tough spot as a contagion of distrust spreads amid a flood of bad stories. 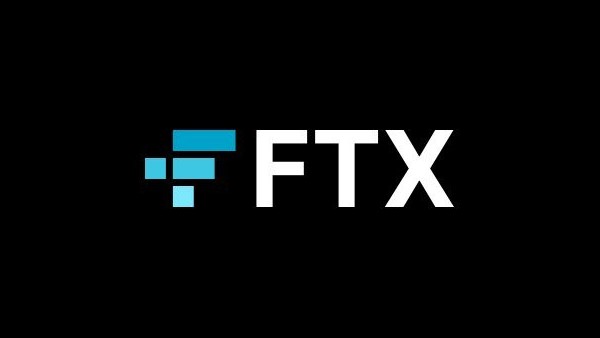 Cryptocurrency took just over a decade to reach anything close to the mainstream. While it hasn’t totally shaken off the seedy guise in which it entered the popular consciousness – as the economic underpinning of dark web marketplaces like Silk Road – the frantic goldrush of the last few years, followed by its normalisation through big budget marketing, helped crypto earn the interest, if not the trust, of individual as well as institutional investors.

FTX, meanwhile, was a proponent of a mixture of crypto’s most radical ideas expressed alongside a desire for transparency that would lodge it firmly in the financial mainstream. Much of which it achieved with the legitimising effects of marketing.

Those ideas, as well as the stability of the entire crypto economy, are in serious question now.

Crypto companies are retreating into an advertising winter

As well as the financial chaos that is now emerging, media companies have been left scrabbling around for new big-spending clients. Remember all those crypto ads back at the start of the year during Super Bowl? Well, crypto ad spending has fallen 80% between Q1 and Q3, according to MediaRadar data reported by CNBC.

“Crypto winter is a crypto advertising winter,” said one agency expert talking to the broadcaster. This is quite apart from the evaporation of significant FTX-linked spending on a swath of research areas such as AI.

Coinbase, for example, reported a 46% drop in Q3’s marketing budget. That’s mostly down to a decision to reduce performance marketing – due to diminished efficiency – and shift to trust-building. This says more about the market than the company, however: performance marketing picks up interested customers, and it appears fewer were willing to convert than before.

Financial services brands are at risk

In a widely-shared ECB blog post, Ulrich Bindseil, the director general of Europe’s central bank, takes aim at Bitcoin – though many of the arguments apply to the wider movement and proof-of-work blockchains – and its cheerleaders. Any current stabilisation, he writes, is not a pause before a resumption of growth but “an artificially induced last gasp before the road to irrelevance”.

The argument is a well-trodden one: Bitcoin is a slow, environmentally catastrophic, and expensive technology for payments that has grown wildly in value not from its utility but from a continued influx of speculative investors to bolster the value for the largest holders.

His larger gripe is with the reluctance of regulators – particularly in the US – to intervene, blaming a pervasive belief that space must be given to innovation at all costs stubbornly persists.”

But the risk, and Binseil’s warning, is to existing brands in the financial space that are likely to see significant long-term effects: “The negative impact on customer relations and the reputational damage to the entire industry could be enormous once Bitcoin investors will have made further losses.”

Institutions are making their own moves in light of the crypto contagion threat. Several UK high street banks are starting to reverse their once-optimistic positions on crypto, with some outright banning crypto transactions.

Part of the reason is the very real 30% year-over-year surge in losses stemming from crypto fraud cases in the UK (other types of fraud, meanwhile, are decreasing). However, it’s important to note that they remain a small fraction of total fraud losses.

Can crypto brands convert the non-believers?

Regulation is one side of the coin, but openness and approachability take many forms.

There are a number of problems here. Partly, crypto companies have struggled to explain to sceptical audiences what they actually do, and how to do it.

Then it’s the fact that for all the radical transparency the movement espouses, its exchanges, coins and blockchains, are nigh-on opaque. Not to mention the community’s uneasy relationship with a press that would keep it honest.

Certain voices in the community are now realising – albeit focusing their solutions on more tech – that clear explanations and engagement with the majority of the world that are not yet true believers is no longer optional if this largely faith-based system is to survive.

An answer in search of a question

There’s another angle, however, that casts the hollowing of the market as a fluctuation in the fortunes of the technology rather than a final blow to its usefulness.

Certain ideas within the broader set of technologies, such as tokenisation – the digital representation of an asset on a blockchain – still have potential because they offer benefits beyond financial speculation. Even so, blockchains remain a relatively sluggish and expensive way to do the things centralised computers can already do, such as administer loyalty programs.

Some consultants that speak to CFOs note finance chiefs’ interest in direct investment is thoroughly diminished without adequate regulatory protections.

And financial heavyweights like BlackRock CEO Larry Fink, speaking at the Dealbook conference, have called tokenised securities “the next generation for markets”, arguing that they could offer “instantaneous settlement” and “reduced fees”.

However, the lack of detail is telling: though blockchain technologies will be “very important” the path to how is still deeply unclear.