“Now is the time to be anti-racist”, Procter & Gamble, the world’s biggest advertiser, announced ten days ago. And at Lions Live, chief brand officer Marc Pritchard stated that “we are not advertising on or near content that we determine is hateful, denigrating or discriminatory”.

Yet the company has continued to fund Fox News – a TV channel long accused of fuelling racism – alongside climate denial and other toxic misinformation. Fox has even publicly vilified P&G over its support for #BlackLivesMatter.

The dissonance seems especially stark with P&G’s brand Gillette. In the UK, Gillette has urged us to unite “against all forms of prejudice”. Meanwhile in the US, Gillette funds a channel that has attacked the very idea of diversity and suggested that immigrants make America “poorer and dirtier”.

Appropriately, a strong theme of Gillette’s recent advertising has been the need to draw a line under the past and strive to become a better version of ourselves. The macho imagery of “The Best A Man Can Get” has been reimagined into a more reflective call for men to think about their responsibility as role models, and be “The Best Men Can Be”.

As with men, so too with brands. With Procter & Gamble revealing plans to review all of its media in the light of its commitment to anti-racism, many will be watching closely to see how far that commitment extends. Many will applaud Procter & Gamble’s recent statements on racism – but for that stance to be credible the world’s biggest advertiser must put its money where its mouth is. To paraphrase Gillette’s recent ad: “don’t just tell us – show us”.

Happily, more and more companies are recognising that their commitment to equality must be matched by their advertising choices.

When Stop Funding Hate launched in 2016, many within the media baulked at the idea that advertisers should seek to avoid funding racist content. Now this principle has been recognised in a United Nations agreement – and the UK advertising trade body ISBA has publicly stated that “neither hate speech nor deliberately misleading ‘fake news’ should be funded by brands”.

This month, the mobile giant 02 became the first phone company to back the Conscious Advertising Network, a voluntary code that gives brands practical guidelines to help ensure their advertising funds media that play a positive role.

Ben & Jerry’s has joined a growing number of brands promising to pause their Facebook advertising throughout July to press the company to go further in tackling racism and hate on its platform.

Globally, over $600 billion is spent on advertising every year. For brands who are serious about challenging racism, working to ensure that this money is used responsibly could have a far greater impact than any press release or viral video.

If even a fraction of global ad spend could be diverted away from media that fuel hatred – and towards those many outlets that report accurately and fairly – the impact could be transformative.

If our society is to have an honest debate about systemic racism, then advertisers need to fund media which support constructive discussion – and cut funding from those, like Fox News, that fan the flames.

Procter & Gamble is right. Now is the time to be anti-racist. It’s also time to match words with action. 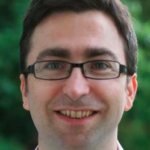