In light of the UK Advertising Standards Authority’s proposed tougher regulation of campaigns featuring harmful gender stereotypes, System1’s Tom Ewing suggests that the impact will lead to better advertising, but warns that bad ads could still come through other channels.

The Advertising Standards Authority made waves this week when it announced the publication of a report on gender stereotyping in ads, which will recommend regulating certain advertising tactics. We are to expect a fresh crackdown on airbrushing and “unhealthily thin” models in fashion ads, for example. And the classic ad world situations of mums wearily clearing up after messy boys and dads proving incompetent at basic parental tasks will soon be an endangered species.

Reaction has been predictably divided between those welcoming the suggestions and those grumbling about “political correctness”. What gets lost in debates like these is one important question: do these kind of ads even work?

At System1 Research we test thousands of ads per year, and in the UK it’s hard to think of any major campaigns that would clearly fall foul of the ASA’s report. Certainly nothing that we’ve given a 3-, 4- or 5-Star rating to – indicating an ad that would deliver above-average to excellent effectiveness – uses these kind of stereotypes. Flagrantly sexist ads certainly exist, but are rare enough to cause Twitter storms and make headlines. In other words, the ASA is not trying to impose its will on industry standards, it's simply reflecting what smart and responsible advertisers learned a long time ago. Times have changed, and only the laziest creatives need to worry.

Why aren’t these ads effective, though? The answer lies in what makes advertising work in general. Les Binet and Peter Field’s excellent work on the IPA database, which over the last decade has created a comprehensive picture of what advertising techniques work to create both short- and long-term growth. The simple answer is emotion. The more people feel, the more people buy, and Binet and Field have consistently shown that emotional ads generate long-term returns far more effectively than message-led ones.

Of course, sexist ads could also be emotional! But the most effective ads are the ones which create positive emotional impacts. Human beings make quick decisions based on simple rules-of-thumb, and one of these is the ‘Affect Heuristic’ – if an option feels good, it’s a good choice. Ads that leave people feeling happy help build these positive brand associations – which is, in a nutshell, why emotion works. And while some are entertained by all those simpering Mums and hopeless Dads, they also piss a lot of people off. If you want to grow your brand, you can’t annoy 50% of your potential audience.

Does that mean future adverts will inevitably be blander? Not at all. There are plenty of ads with broad appeal which don’t shy away from gender issues – Always’ “Like A Girl” campaign, for instance. There are sexy campaigns, which win audiences over by adding a dash of humour to the mix – like the “Sexy Mr Clean” commercial turning a household product into a hunk. And around the world we’ve seen high scores for humorous ads which, yes, touch on stereotypes. Think Kia’s “Hero’s Journey” starring Melissa McCarthy as an earnest eco-warrior. Think Hyundai’s “First Date” with Kevin Hart as an insanely overprotective Dad. Or think Le Trefle’s “Emma”, where the eponymous heroine has to deal with her annoying technophile partner.

All these ads worked by presenting the audience with new character types which were still instantly recognisable.  Over time, smug tech-nerds and hapless green crusaders may become so overused they feel like stereotypes. Right now, they can still create an emotional kick. The truth is that advertising has always walked a tightrope when it comes to stereotypes. To make the rapid emotional connections it needs, ads have to present people the audience can immediately recognise. But use a stereotype too often and it makes people bored, or even angry. Ultimately, as the ASA report shows, it can reinforce harmful societal trends.

If sexist ads tend to perform badly among wide audiences, and are the preserve of lazy marketers, won’t they just die out without regulation? In an ideal world, yes. But in the real world, as Binet and Field’s most recent work shows, advertising spend is moving towards short-term, activation-led campaigns and narrower targeting. This is a problem for lots of reasons, but one is that advertisers doing narrow targeting may find themselves readier to reach for stereotypes. We’ve already seen political parties use highly targeted “attack ads” which are harder-hitting than standard political broadcasts but aimed only at tiny segments. If a brand identifies a target market that already agrees with negative stereotypes, might it not try and exploit that? The real test of the ASA’s anti-stereotyping regulations may be online, against ads most of us will never have a chance of seeing. 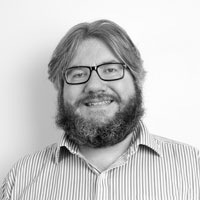