The new iPhone doesn’t just upgrade the smartphone experience but also has the potential to create new ways for brands to connect with the consumers says Ben Phillips, Global Head of Mobile at MediaCom.

Apple’s latest launch got its customary level of hype but the new phones combined with an ecosystem that already reaches 1.2bn of the 2.4bn global smartphone users does create powerful opportunities for brands to engage consumers.

It’s early days but I think there are four clear areas that brands should look at. Some are more speculative than others but all are now clearly a possibility somewhere down the line.

AR is going even more mainstream: You could argue that Pokémon Go took Augmented Reality mainstream, but the new handsets and Apple’s new AR Kit means we are likely to see more immersive opportunities. The greater processing power offered by the new chips in the iPhone 8 and iPhone X, take the opportunity up a level.

On stage at this year’s event was Atli Mar, CEO of Directive Games, who talked about the tank battle augmented reality game, The Machines, and how “It’s an amazing evolution in how games are played and experienced”. As consumer get more accustomed to this form of engagement expect to see AR applications outgrowing just gaming.

Like Pokémon Go, all these games are likely to be available at a premium cost but there will be others that are ad-funded creating opportunities both for paid reach, in addition to the chance to create brand experiences that beat anything consumers have seen before.

Come charge with me: Charging is the fundamental life blood of any mobile device and we’ve all run into a hotel or coffee shop in search of a power outlet like a dehydrated digital nomad.

A brand could conceivably smartfence its locations, use app detection (when enabled) to look for a loyalty app, check if that consumer is running low on battery and invite them in to charge up while sat at a table.

Facial recognition creates a more secure connection: FaceID, which replaces TouchID in the iPhone X opens up a new world of tougher security. True depth camera technology detects faces, even in the dark (as it says on the website). That will open the doors not just for consumers to feel more confident about security encouraging its use for banking, payments as well as social media account unlocking (although you won’t be able to blame anyone else for any unusual content consumption).

HSBC recently opened up voice authorization to access your banking app but FaceID creates a highly secure way to authorize payments, promising a secure 1 in a million match, which should encourage a step change in the growth and level of comfort with mobile payments.

Ads that reflect our feelings: It’s perhaps more speculative but FaceID potentially allows us to optimise the message not just based on our standard metrics but also on the real-time emotional response of the consumer viewing that message.

If a brand can see that a consumer is feeling sad then perhaps a loyalty app might offer them a free coffee, if they look tired maybe an offer for a cheap energy drink. We already test creative for its emotional response so while this requires some leap of faith, it’s not beyond the realms of possibility that consumers could define the outcome of a video ad based on how it makes you feel, where consumers give permission, of course.

Every launch creates new opportunities for brands wanting to find new ways to talk to consumers based on the capability of a handset.

Many of the innovations we’ve seen this enable us to make those experiences are seamless and enjoyable. Consumers with an iPhone X will want to take advantage of all the features of the device they’ve chosen to spend $999 on.

Of course, much of this opportunity relies on great mobile networks. Better cameras and video function encourage consumers to push more and more high quality content into the burgeoning 4G networks we rely on.

To take full advantage of the new iPhones (and their Android competitors) we're going to need every scrap of bandwidth. 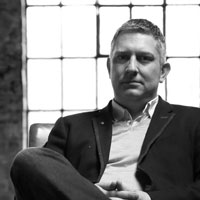