Faris Yakob: The economics of America’s biggest TV event have changed, as have the strategies brands use to exploit the attention it captures – this year’s contenders reveal the shape of US advertising.

The Super Bowl is the biggest advertising event in the world’s largest market. Whilst broadcast in over 130 countries in 30 languages, the vast majority of viewers are in North America, where it is the most watched television broadcast every year. It grew apace in the Noughties as viewership broadened to include more women and minorities. However, viewership peaked in 2015 and has been declining since, which has led to an interesting economic situation. 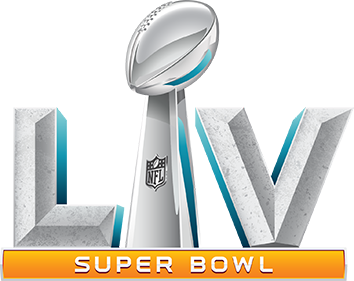 When you buy media, you are paying for the amount of people you had the opportunity to reach. Fewer viewers means the price goes down. The Super Bowl advertising slots, whilst not reaching as many people as they used to, still represent the crown jewel of buys because it’s very hard to find massively aggregated audiences like this anymore.

And so, despite the audience declining, the prices continued to rise, from about $4 million for an average 30 second spot in 2015 to $5.6 million this year. Even in the USA that is a hefty chunk of change but the Super Bowl presents a unique cultural opportunity where the country is extremely engaged with the same advertising at the same time.

There’s plenty of available attention to capture, which creates an arms race between the brands that take part. Mainstream media like USA Today run meters to track public opinion on the ads, creating winners and losers. It’s a highly competitive environment and both exquisitely desirable and often immensely stressful for agencies.

Back in the beforetime, I tried and failed to convince both agency and client to release a Super Bowl spot we were working on for BMW early. That year, VW launched a spot called ‘The Force’ ahead of the game and, as Time Magazine wrote, it “changed Super Bowl commercials forever”.

As the head of marketing said “It’s hard to think about now, but at the time, it was not the conventional wisdom to air or put online a commercial that was meant for the Super Bowl. The wisdom was you hold it, because you would get the most value out of that impression by waiting.” The Force remains the most shared Super Bowl commercial of all time.

No idea in advertising is wasted because everything that works is endlessly imitated, which, of course, diminishes its impact. This year, many of the ads are already available and the media is duly reporting on them, which makes it easier to write a column in advance of the game and consider how they are attempting to acquire attention amongst the most competitive creative clutter imaginable.

What strategies are they betting on? Tonally, the pandemic hangs over everything and most brands have opted for charming, funny work to lighten the mood. John Caples, the direct response legend who wrote the classic headline “They laughed when I sat down at the piano - But when I started to play!” did not approve of humor.

“You can entertain a million people and not sell one of them," he said. "There is not a single humorous line in two of the most influential books in the world, namely, the Bible and the Sears Roebuck catalog.” One of which is going strong, arguably the funnier one. Yet, the advertising industry has largely ignored his edicts and today a majority of TV ads have some element of humor. Jokes are memorable and disrupt expectations, triggering attention, which suggests they are a common advertising vehicle for good reason.

Joking aside, one obvious element leaps out of nearly all the ads - celebrities. Jason Alexander from Seinfeld appears as a t-shirt for Tide; Michael B Jordan plays a sexy Alexa; Dolly Parton sings 9to5 as 5to9 for SquareSpace’s appeal to the gig economy. Ashton Kutcher accuses Mila Kunis of cheating while Shaggy defends her singing ‘It Wasn’t Me’ [2000] for Cheetos. John Travolta makes a Tik-Tok for Miracle-Gro. Michelob offers up a (Nike) spot by W&K with Serena Williams and Peyton Manning. And so on. The Uber Eats spot is particularly on the nose since it’s styled as a Wayne’s World local broadcast [that was 1992] that ironically eschews such cheap gimmicks as “shameless celebrity cameos” before bringing on Cardi B.

Celebrities are stored attention devices. We can quantify that because they cost more the more famous they are. We use Q Ratings, which measure the familiarity and appeal of a celebrity, to help establish the parameters of negotiation. The advertising industry has long held a dim view of what is known as ‘borrowed interest’ because it fails to interrogate the product until something interesting, valuable and unique is discovered to be communicated compellingly. This line of thought is misguided, anchored to a belief that products have unique selling propositions. That is largely not the case because we operate in an environment where products mostly exist at parity at their price points. Any innovation is soon replicated. Ask Tik-Tok.

Borrowed interest is a sound strategy for attracting attention. All celebrity advertising does this but consider too that the tea borrowed interest from the chimps, the chocolate from the drumming gorilla, the burger from the king, and the insurance from the lizard.

Further, by leveraging existing cultural artifacts, referencing and remixing symbolic structures, appending your products, you leverage stored attention. Nike borrowed interest from Colin Kapernick while ‘The Force’ relied on Star Wars. You can ladder up your product benefit to a higher order value proposition but all your competitors can too. But with almost every brand using them, it’s what they do with celebrities that will make them stand out.

Alternatively, brands look to generate attention out of their absence and Budweiser has already been hailed this year’s winner by opting out for the first time in 37 years and redirecting their budget to the Ad Council, to raise awareness of the COVID-19 vaccines. Noble actions and borrowing interest from the most salient thing in the world. Bud Light will still be advertising during the game.

Clients tend to think their products are fascinating - if you spend your life thinking about something, it’s going to take on a large significance to you. Agencies tend to think what they make is interesting but one of the first things you learn at an agency is that marketing clients only spend a fraction of their day thinking about advertising. Consumers aren’t usually interested in being sold anything, but for a few hours they suddenly are open to watching and discussing commercials. The colosseum opens soon, and we salute those about to demonstrate their craft on the biggest stage available. The public’s thumb stands poised to offer judgement.