Who won Super Bowl LIV? For teams, this is an obvious question as the Kansas City Chiefs delivered a fourth quarter comeback to clinch the game. Defining the winner on the field is a straightforward matter. As John Cruyff once said about the other type of football, ‘To win, you have to score one more goal than your opponent.’

However, which advertisers won the Super Bowl is a much more complex issue. Why an advertiser enters the game and when they decide to take the field dictates what the scoreboard looks like for each individual brand.

Consumer Behaviour: Attitude to Action as the Goal Posts

Super Bowl advertisers can approach the game for a variety of objectives, from launching new products or driving experience visits to shifting product attitudes or building desire. Each objective, no matter how varied, has a consumer outtake ranging from long term attitude shift to short term action. The end zone spans from nudging viewers to think differently long term to prompting them to act immediately.

For 2020, a large share of ads during the game were focused on attitudinal shift. Technology brands such as Amazon, Rocket Mortgage, and Google focused on putting a human face on innovation - with Google’s “Loretta” ad striking a poignant tone on the power of technology and challenging privacy fears.

Brands such as Kia, Audi, Olay, Budweiser and New York Life tried to get us to see the world in a new way, changing brand perception in the process. Microsoft’s 60 second ad telling the story of Katie Sowers, the first female and LGBTQ coach in the Super Bowl, challenges who a coach is thought to be - lending inspiration to a brand attempting to capture imagination.

Brands such as Tide, Heinz & Sabra took a more demonstrative approach to benefits - with our own Sabra ad using 17 incredibly diverse influencer talents to reinforce how hummus appeals to everyone.

In more awareness oriented spots, brands used the big game to launch new products or jog the memory at the right time. Cheetos’ Popcorn, Pop Tarts, Bud Light Seltzer and MTN DEW Zero Sugar all used celebrity to establish new FMCG products - with MTN Dew remaking the Shining with Bryan Cranston to establish it as equal or better than the original.

Existing products such as Pepsi Zero Sugar, Jeep and our Planter’s Peanut ads leveraged culture to remind of their presence. Mr. Peanut generated over 8.5 billion earned impressions through his ‘death’ prior to the game - resonating everywhere, including Saturday Night Live and the New Yorker. The rebirth of Mr. Peanut as in a second quarter ad concluded a story that reinforced the brand with viewers in the run up to and during their Super Bowl parties.

In response oriented advertising, an exit from historical brands like GoDaddy, left Squarespace as the main brand aiming to drive immediate traffic to a website. Their Winona Ryder ad highlighted the power of a website through her own work - but faced a challenge in driving Super Bowl viewers away from the event to check it out right away.

Judging which brand achieved what they lined up for effectively is a complex task, going beyond who got the most laughs in the moment or pure social media metrics. While both of these can help the probability for success, Super Bowl effectiveness is a story told in advertisers’ sales numbers, brand impact and consumer’s behaviour over the coming days, weeks and months. While it’s tempting to judge advertisers on immediate noise or entertainment, if an ad achieves what it set out to do and changes a client’s business reality, it’s won.

As advertisers we need to consider what a brand has done with the consumer attention the Super Bowl offers, not just that it borrowed it for a moment. We need to take the perspective of in-game coaches, considering how the entire game unfolds from up high, not just as fans in the stands cheering a play. As legendary football coach Woody Hayes once said, “I’m not trying to win a popularity poll, I’m trying to win a football game” - the game is bigger than just the crowd’s excitement. 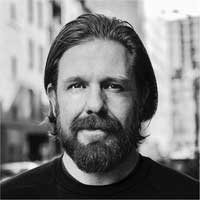