Famous ‘legacy’ brands are using partnerships to refresh their positioning and extend their appeal to younger audiences.

In today’s consumer landscape, strong iconic brands are under threat from new, emerging brands. Seen as an exciting and unique alternative, they place established brands’ rich heritage at risk.

To counter this and refresh their image, established brands are increasingly turning to partnerships and sponsorships to drive consumer affinity, especially amongst younger consumers. However, when embarking on partnerships, there are some key areas of attention.

It is vital to understand shifts in media consumption from young consumers, not just at a platform level, but also the content styles and approaches that work best to engage.

In the case of Guest Starring… Old Spice, the brand team understood that young consumers like to check in with their favourite influencers, considering them friends of sorts.

Old Spice partnered with Google’s AI suite to scan thousands of hours of YouTube content to identify the top 150 gestures used most by YouTubers – from high-fives to screen shatters and even the floss dance. Inspired by these gestures, Old Spice then recreated the gestures with spokerspon Isaiah Mustafa, allowing the brand to create a library of meme content that could be incorporated into UGC.

To encourage YouTubers to harness these gestures, Old Spice promised to heaviliy promote their content via paid tools. As a result of the campaign, Old Spice was able to not only drive 300% growth in brand awareness, but also translate its brand equity into something well-understood by younger consumers, becoming a YouTube ‘Guest Star’ via their spokesperson.

As brands seek to jump on the influencer bandwagon, standing out and getting influencers to promote on your behalf has become ever more difficult. When brands instead are able to influence the influencers of a category, organic wins occur.

When Castrol China realised that consumers rely on mechanic recommendations for car oil lubricant, they switched up their approach, building a mechanic ecosystem that rewarded mechanics for sales of its product.

Similarly, when American candy brand Butterfinger tried to tap into the US gamer community, it knew it needed to do something meaningful, so as to not appear disingenuous. Realising that paid Downloadable Content (DLC) offered up gamers the chance to fast-track themselves in Final Fantasy 7, Butterfinger sought to partner with the game to provide free DLC in exchange for Butterfinger purchases, creating the ultimate win-win.

Balance influencers’ credibility while ensuring brand is at the forefront

This is tricky, as more often than not consumers fall into the trap of remembering an iconic celebrity or influencer, rather than the brand behind the promotion.

When Timberland sought to ignite the brand’s sustainable roots and hip-hop culture to promote its new Eurosprint Trekker boot, it partnered with hip-hop artist, Loyle Carner. Known for his involvement in ‘urban greening’, he represented the perfect candidate to bridge the gap between Timberland and its ambition to inspire a global greening movement.

However, instead of simply making Loyle Carner the face of the campaign, Timberland looked to do something that was more meaningful, while still communicating a message at depth. Timberland worked with MTV to create a co-funded documentary mini series, ‘Timberland Presents: Concrete Green with Loyle Carner’, weaving the story into the fabric of young consumers’ lives, from awareness all the way through to point of sale.

Amplify the partnership across the right touchpoints

Before embarking on such partnerships, however, brands would be wise to ensure they fully understand the ever-changing media diet of their target audience, delivering media where it will mostly readily be consumed and amplifying it across holistic communication channels.

When partnering with influencers or celebrities, marketers need to ensure that their brands sit at the heart of any activation, so as not to get lost, while ensuring that authenticity behind the message or cause is not lost.

Finally, brands should ensure that partnerships create genuine value for their target community and, in the process, help to influence the key influencers. 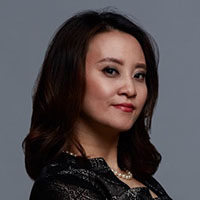