As the number of ad-free streaming services grows, what are advertisers to do? Jed Meyer considers the options.

The TV streaming war has reached full swing, so much so that you could make a hit original Netflix show about it. The eight-episode series would carry no advertising—part of the reason Netflix has become so popular and ubiquitous in the years since it sprung from its rent-a-movie-by-mail origins.

Think about the explosion of streaming services that have followed in Netflix’s wake. The lion’s share are ad-free services like Amazon and Apple TV+, and Disney+. (According to The Wall Street Journal, HBO Max will launch later this year without advertising, but its distributor, AT&T, is working on a version with ads.) Meanwhile, subscription services Hulu, CBS All Access, and Quibi, which is expected to launch in April, do (or will) carry marketing messages but offer ad-free subscriptions at a higher price point. And they’re all hot and popular (or will be when they launch) because consumers are apparently willing to pay more to avoid interruptive advertising.

How long can this last? After all, the massive amount of content spread across these services is simply too much for anyone to consume, meaning choices will eventually be made by consumers, and a reckoning will follow. We are seeing signs of a potential shakeout with Sony’s announced closure of PlayStation Vue and the fact that Netflix’s U.S. subscriber growth in the fourth quarter of 2019 slowed, which the company partly attributed to the surge of Disney+ subscribers. For now, though, younger audiences are steadily deserting traditional ad-supported TV in favor of these over-the-top options that give them full control over what they watch and when they watch it. Even live sports, which used to seem immune to ratings erosion, have expanded online in search of younger fans.

So, what’s a marketer to do when tens of millions of young viewers flock to the mostly message-free confines of Netflix and Disney+? Nielsen’s Total Audience Report for the second quarter of 2019 quantified the strong consumer interest in what we now commonly call OTT -- video consumption via ‘TV-connected devices’ and video focused apps; average time spent per adult 18+ per day on OTT grew from 44 minutes to 50 minutes, year-on-year.  But a recent Magna Global report gets to the heart of the issue for marketers; it said that 29 percent of all TV viewing happens over-the-top, but only three percent of advertising targets OTT.

Much ink has been spilled about the lack of broad progress against the core measurement objective of a ‘common-currency’ to evaluate many of these new video providers on an apples-to-apples basis.  But that has not stopped the progression of truly innovative ad solutions other streaming services are rolling out. At an Advertising Week session last fall, a Hulu research executive talked about using AI to investigate the viewing patterns that lead to binge-watching, so that when a series is binged, dynamic ad insertion can be put to use in order to avoid the viewer seeing the same spot(s) repeatedly. Separately, the industry is watching closely how Roku will put its acquisition of demand-side platform Dataxu to use to create a wider array of ad options.

Branded content represents an alternative way to weave marketing into otherwise ad-free content, but its limitations include a lack of scalability or measurability. And in this data-driven world, those shortcomings matter. Addressability certainly has its appeal—if I declare myself a cat owner in the data marketers gather about me, I can be confident I’ll never be served a dog-food ad in an addressable universe.

Then there’s Netflix, still the leader of the OTT pack. It didn’t happen this year at CES, but Las Vegas bookies should take bets on if or when it will finally start accepting ad revenue. After all, Wall Street does tend to reward entertainment services with multiple revenue streams—and Netflix carries a significant debt load to fund all its original content, so it could use all the revenue it can find. As of today, Netflix shows no sign of wavering—but a recent AdWeek article quoting media agency heavy-hitters from Havas Media, Mindshare USA and Omnicom Media Group showed just how eager they are about the possibility of advertising on Netflix. (This author was quoted too.)

Even as advertisers and agencies yearn for more ad opportunities on streaming platforms, their challenge in this new era is making sense of all of these new technologies. Often, each one not only has its own proprietary technologies, but also proprietary measurement approaches and jargon that are hard to assemble into a coherent view of the consumer.  A number of ways to address this landscape exists. First, enlist neutral, independent trusted partners to help decipher the technical landscape. Second, via econometric ‘fitness programs,’ build up advertiser understanding around which partners, channels, and techniques resonate with consumers to achieve their key performance goals.

There’s no denying we’re in a new golden age of video. The content available outweighs the amount of time anyone has to watch it all—and that will only grow as NBCU’s Peacock, HBO Max and Quibi come online in the coming months. The question is, can marketers turn this golden age to their advantage? Were the saga of the streaming services to be turned into a series, we’d find out on next week’s episode. 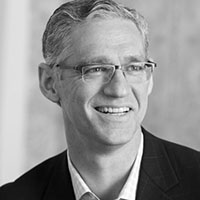