Podcasts are hot – and still an undervalued channel – so advertisers should get in now, says VaynerMedia’s James Green.

The podcast market has seen rapid change in the past few years. Originally the habitat of hobbyists and die-hard fans that didn’t expect to make money, podcasts are now big business, and the best get snapped up by tech giants for a pretty penny. The IAB recently predicted that the US podcast ad market will be worth $1bn by 2021. It’s a sliver of the $238bn ad market, but as it grows, so will the number of major brands utilising its power.

From murder stories to a Dad’s poorly written porno, podcasts are one of the easiest ways to speak directly into the ears of a young, well-educated, and often affluent audience. According to Ofcom, half of podcast listeners in the UK are under the age of 35. Look around a busy morning commuter train going into any UK city and it is clear that for young professionals the podcast has become what newspapers were to their parents. This is due to an abundant choice of content, but also because on a crowded carriage it is much easier to use headphones than put your origami skills to the test turning the pages of the FT.

At the moment, I’d argue that podcast advertising is what VaynerMedia class as undervalued attention – specifically, because of the way that ads are delivered in podcasts. The act of the ‘in-host read’, a show’s host reading out the branded content, has become increasingly popular as ads in podcasts become more prevalent. According to Nielsen, personal endorsements increase listener interest in advertising by 44%.

Listeners, myself included, prefer to hear an ad from the host because of the time you’ve invested with them. You build up a rapport and understand the references or in-jokes that might be thrown in. We all know that ads can be tedious and sometimes misplaced. With in-reads it’s more light-hearted and less clinical than something added in post-roll. Crucially, it means you’re more likely to actually take on board what’s been said, as opposed to getting up to make a cup of tea once the TV ads start.

The podcast field is presently dominated by direct response and performance marketing — usually young DTC brands and firms with a subscription model. But as the market approaches maturity, so the opportunity for long-term brand building campaigns is coming to fruition. The price of entry is not cheap for podcasts but due to the embedded nature of the in-reads, and the fact that there is little cost for the creative involved, we would class it as good value for what you receive.

Spotify just the other day announced that it was opening up its podcast listener data to advertisers, simultaneously launching a new consumer interface that makes it much easier and clearer to choose between music and podcasts while using the app on your phone. They see the opportunity available for monetising the podcast content they have commissioned and they will be one of the biggest beneficiaries.

As the market grows, so demand for ad space will grow and the price will rise. But how far branded content can be pushed is subject to debate. Luminary, a start-up angling to be the “Netflix for podcasts”, recently tweeted that “Podcasts don’t need ads” and was lambasted, later removing the post. A glut of ad-free subscriptions, pay-per-episode structures, and ways to tip creators, such as Patreon, have emerged, but ultimately podcast content has been free for a long time and to charge for it would have to be justified by a real surge in quality. This model works for national newspapers such as The Times, the Telegraph or the FT, which generally speaking can offer much higher quality journalism than others, but the BBC, Apple, Spotify and others are already pouring huge resources into very good podcast shows. How much better can it be?

One potential route around this for the publishers would be to package together content, a ‘music plus premium podcasts’ package on Spotify, for example. But if this went ahead it would have to be ad-free, rendering it a lost market for our sector.

Even so, for the foreseeable future, podcasts remain undervalued. Brands need to be where consumer attention is — if that’s an undervalued channel, so much the better. On behalf of the industry making these adverts I think we need to learn from our mistakes in other sectors and not get too greedy. We can’t deliver too many ads. We know that more people than ever are ignoring or blocking adverts. It will come as no surprise that more than half of respondents to a survey last year believe that websites should host fewer ads.

The industry has a good thing here and at a worthwhile cost. We need to remember that we already have an audience that has leaned in to the medium. They have made a decision to be there and advertisers have their undivided attention; it’s not like the kitchen radio being on in the background while you get on with your day.

Podcasts are a brand safe environment with a niche, predominantly young, well-educated audience at the higher end of the earning scale, that are less exposed to TV ads. As podcasting matures, so the first-mover advantage decreases. But advertisers need to move quickly. The market is potentially already overhyped – it’s just not inflated in cost yet. Most advertisers are using it like a radio ad instead of adapting their work for the medium to build relevant connections with consumers. The brands and agencies that are the first to do so, and launch clever, dynamic, and well-targeted ads, will generate something that both audiences and CEOs in the boardroom will want to listen to. 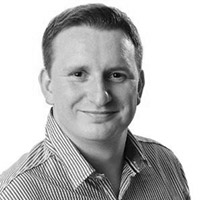