The latest IPA Effectiveness Awards ceremony was held in London in October 2022. We caught up with Dr Grace Kite, founder and economist at magic numbers, and one of the IPA judges, who talks purpose, scale-ups, and the environment.

What was it about the Grand Prix winner that stood out?

I actually worked on the Grand Prix winner for Cadbury and VCCP, so I must admit that I'm a little bit biased on this one. The thing that was so good about this campaign was that it spoke to a relevant debate – in terms of purpose. There has been a debate for a long time about whether it's actually commercially useful or not. There was some critique when Peter Field did an analysis of the IPA databank in 2021, I feel the Cadbury paper addresses this directly. Cadbury was founded by the Quakers. And they've always been true to those values of integrity, for example how they treat their workers. So their positioning on purpose around generosity feels genuine. They use this phrase – intrinsic purpose, Cadbury genuinely does have a purpose, generosity is intrinsic to the product and embedded in the values of the founder. And the advertising built on that and people could tell that it was for real, and not purpose washing. It was a great example because it added to our knowledge building on the work Peter Field did and directly addressed the question of how to make purpose commercially useful.

Were there any other entries that you particularly championed in the judging sessions?

I really championed the papers that were from e-commerce businesses and scale ups. And the reason why is because they're not traditionally the type of cases that appear in the IPA awards. Those businesses don't tend to work with the type of agencies that write IPA work. That means we don't have many stories. And that’s a problem because it's a marketing question of our time, isn't it? If you've launched a business online or grown to a certain level when is the point when you're big enough? When is the right time for brand building? What is that marketing journey? And how do you traverse it? Now is a particular point in time where this is a really relevant question. So I did champion, eve Sleep and Cazoo, both of which got bronze awards.

We’ve identified four key themes from this year’s winners, do any of these resonate with you?

I think it's interesting because I think you're right to point out that there has been a bit of retrenching to core values in some of the papers. I think, for me the cultural context of the pandemic gives you a really interesting lens. When everything feels weird, do you go back to what's comforting and historical and traditional?

What were the trends you noticed in the entries this year?

There were more entries from around the world which is great when there is an interest in other markets like China. I judged awards that had international entries last year and you do have to make allowance for things like English not being a first language. And if data is less available. You have to try and accommodate for that in the way you think about the paper.

What do the entries tell us about marketing effectiveness?

The elephant in the room was obviously that the COVID-19 pandemic featured in all of the papers. There was a lot of discussion in the technical judging room about whether the effects were convincing. Is this effect that we're seeing genuinely the effect of the advertising rather than the effect of all the things that were going on in the world because of the pandemic? We were very particular on that and some cases didn’t go through because of that level of scrutiny.

What surprised you most about the entries?

All credit to the IPA for who they invited. There were more judges this year than there have been in previous years. And they were more diverse in their technical judgement, we had research people from Google and Facebook and Amazon, which is something we haven't seen before, I thought that was really good. And we also had a few people who were real experts in survey data. One or two things were questioned by the experts that previously even I would have waved through, because it's not my specialist area. And because of that I think the standards are increasing.

What disappointed you most about the entries?

I was a bit disappointed that there weren't more that were doing good for the environment. You know, using advertising to engineer green transformation, or to get people to swap to cleaner products. The thing that surprises me every time I do this is that there's not more change. Because the world is changing. There are different ways of buying and selling things and digital transformation is established. There’s too much 'we did a great TV ad' and 'it was a tearjerker and shifted loads of FMCG'. I know that some of the judges in the technical room, from the platforms, felt that as well. We need more new world case studies, from start-up digital businesses. And evidence wise we need to see more examples like what was presented at the IPA conference, more experiments, things like that. 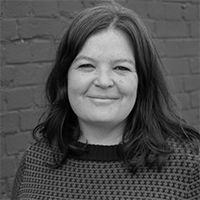 Dr Grace Kite is founder and economist at magic numbers.
Get a demo
Topics
Send feedback