Brands should be concerned with a potential reduction in opportunities to align themselves with culturally-relevant content, writes James Shoreland.

Autumn has traditionally been a time to reset and start fresh. The commitment to take what we know and build on it for the ‘year’ ahead. Well 2020 brings an extra vigour to that refresh feeling.

People, cities, offices, companies and countries have all changed – some better, some worse, a lot are ‘wait and see’. The advertising and media industry is no different. News just after the bank holiday that ITV was dropping out of the FTSE 100 for the first time since 2005 was a timely jolt that the future offers us the opportunity to evolve the way brands and media work with one another.

ITV’s slump was driven by a 43% decrease in advertising revenue in Q2. Nielsen estimated a 48% dip in ad spend during lockdown, with an estimated £1.1bn pulled from the UK market. While wider economic concerns explain some decline in advertising demand, a decrease this big is apocalyptic. The only possible way companies like ITV and Channel 4 can respond is to cut costs and, therefore, cut investment in content, which is the cultural currency they need to keep their audiences.

In 2009, the US TV industry made 266 originally scripted shows. In 2019, that number had doubled to 532. Disney alone spent $28bn on content as it readied itself for its launch of Disney +. Attracting 50 million subscribers worldwide has meant it’s been a great success in its attempt to regain lost ground (and content) to Netflix’s 183m subscribers.

Cynics may point to this success as one of the product launches that had a helping hand from a global pandemic, but it is worth remembering that NBC’s Peacock launched in July and has struggled so far. This new golden age of TV has, therefore, reminded us of the old paradox in media: more competition stretches the demand while also increasing the budget required for quality content to find and sustain an audience.

The platforms with the funds appear to be the ones that shun advertisers.  This shift away from reliance on brands is not just for ‘new’ media platforms.

The shifting balance of power

Just as ITV was announcing its news, across the pond Mark Thompson was proudly handing over the reins of the New York Times to Meredith Kopit Levien, his head of advertising. In his eight years at the helm, he has grown the digital subscribers from 600,000 to six million.

This is not a case of just going against all edicts that newspapers are dead in the digital age – Thompson has transformed a business. A decade ago, 50% of its revenue came from advertisers; today that figure is down to 29%, with a future forecast of just 20%. Trump and COVID-19 have definitely helped established news brands to grow in importance, but the level of Thompson’s success cannot be simply down to luck.

Whatever the drive, the message for advertisers is clear – media companies new and old can thrive without you. As soon as that balance shifts, the economics of supply and demand come into media pricing, which will necessitate an increase in a brand’s media budget for less ad space.

This is where we embrace the endless supply of media inventory available to us through the tech giants, right? Not so fast.

Regardless of one’s political persuasion, the boycott of Facebook by advertisers demonstrated two key facts: audiences care about quality of media context, and advertisers acknowledge their money has a role to play in that.

Facebook was the poster child for media made for and by the people. Now, however, there is a recognition that media context has a significant influence. A secretariat of sorts is required to manage the balancing act of credible, quality content in a culturally diverse, liberal and democratic society. One that encourages the pushing of boundaries creatively without the removal of editorial accountability.

This is not an idealist stance but one of marketing fact – advertisers do not want their brands implicitly or explicitly associated with bad content or indeed content that is deemed to lack cultural relevance.

This then brings us to our autumn refresh moment. The relationship between brands and media has always been a symbiotic one that we were all aware of, but reluctant to talk about.

Therein lies the irony. Both brands and media use content to be culturally relevant for their diverse audiences. The problem is they seem to be deserting each other just when they need each other the most.

Autumn 2020 is the opportunity to rewrite the media planning rules with a closer bond between media and brands, built less on the reliance of cheap reach and infinite inventory but more on their interdependency on cultural relevance. Data that can identify where media and brands can add velocity to a cultural moment can now be sourced and applied to dynamic media planning and buying.

Not wanting to scare you, but you should be ready. Like everything this year, it is not a new normal that is completely alien, but the current adversity requires an acceleration into a much talked about tomorrow that is now today. 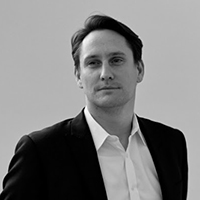 Managing director at Initiative.
Get a demo
Topics
Send feedback