Interest in the ICC Cricket World cup has been growing in Australia where social buzz has increased the popularity of the sport. MiQ ANZ's John Danby explores the data around the new Australian cricket fandom.

We’re only just getting to the semi-finals, but the 2019 ICC Cricket World Cup in England is already smashing viewership records across the globe. Star India network reported more than 315 million impressions recorded in the first two weeks of the tournament, with a total of 166 million people watching the India vs Australia match on June 9th. Viewing continued to heat up as 229 million viewers tuned in to watch the India-Pakistan match.

Interest in the tournament has been notable in Australia, despite the nine-hour time difference, where the match between Australia and Pakistan captured an audience of 380,000 viewers and a 10.7% share. More than 613,000 viewers have tuned into principal TV rights holder Fox Sports’ cricket coverage over the first seven matches of the tournament, averaging 88,000 viewers per game.

This interest has extended into the social realm, where the match between England and Australia was the most-followed game by Australian cricket fans on Twitter to date, drawing seven times the social chatter of any other match Australia have played. Online, the India-Pakistan rivalry was typically intense, proving to be the most followed game of the tournament by Australians to date, with 103,000 fans looking up scores during the game on domains like ‘espncricinfo’ and ‘cricbuzz’. This spike in online numbers coming about as a consequence of matches not featuring Australia being confined to pay TV channels.

In a sign of the increasingly connected times, seven out of 10 World Cup-related searches online occur on mobile devices, as people check the scores on the go. On average, advertisers have four to five impression opportunities per day to reach these fans on match days, but that number increases to nine opportunities per day when Australia is playing.

The time difference between England and Australia makes it difficult for even the most hardcore fans to keep up with the entire match, which may contribute to some further declines in viewership online and in traditional TV when paired with paid subscription requirements. That said, for important rivalries, they’ll make an exception. Over 500,000 viewers tuned in to watch the latest chapter of the Australia-England rivalry on legacy cricket broadcaster Channel 9, with an additional 360,000 tuning in on Fox Sports. 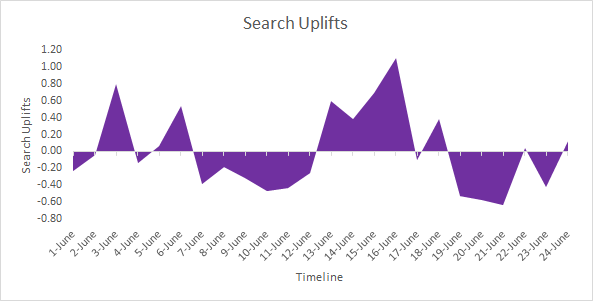 Surprisingly, Australian search interest for World Cup-related content peaks on days when the team isn’t playing, though the type of content being searched and read online varies in conjunction with the Australian team’s schedule. Some 73% of fans read reports and review stats on match days when the Australian team is playing, while on off-days when other teams are playing interest shifts to live scores for those events, making up 63% of searches.

The Australian team's performance also tends to set the mood of the Australian audiences on social platforms. Social interactions peak - increasing by around 400% - on game days, but sentiment varies wildly. Positive sentiment can increase as much as 23% around the team when they win. 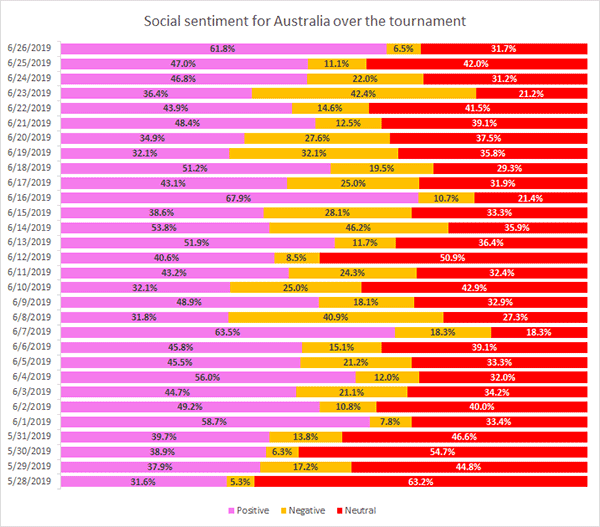 By geographic region, New South Wales and Victoria are home to the most cricket fans, and seven out of 10 related searches come from one of these states. Sydney and Melbourne account for almost 60% of the cricket TV viewing audience by themselves, though fans in Adelaide and Perth tend to be more engaged, with 60% watching through to the second innings of the game against England.


Popular pockets for cricket in Australia 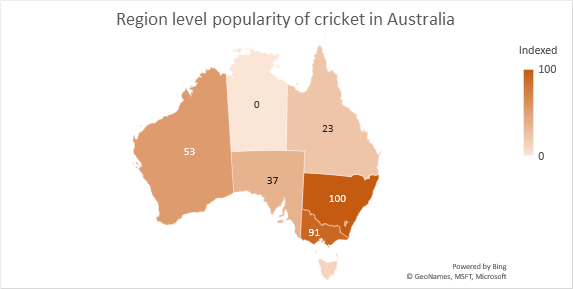 Note: This is a relative index based on an aggregation of social and search activity


TV audience across the 5 major metros in Australia. 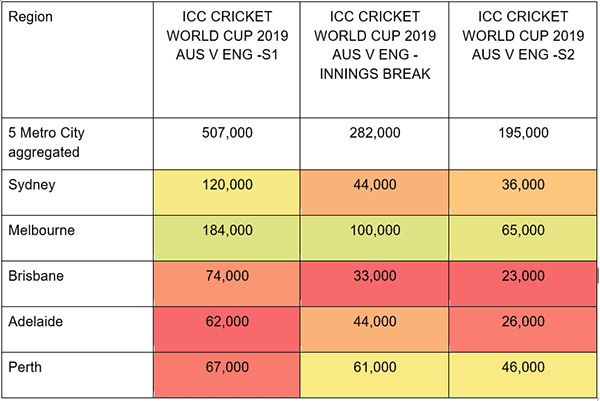 As we head into the knockout rounds, fan interest the World Cup will inevitably continue to increase, creating even more opportunities for advertisers to reach engaged fans at the right moment. Ultimately however, understanding where and how audiences behave during dynamic events such as the World Cup is what will give advertisers the edge. 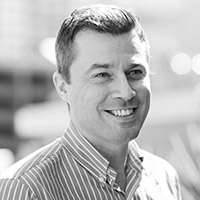