Agencies around the world are rushing to finish their entries to this year's Cannes Lions. The Creative Effectiveness category – cases for which are published by Warc – will be closed on February 17th, while the deadline for all other Lions is March 9th. But what makes a winning case study? Cannes Lions CEO Philip Thomas offered some answers to this question at a sold-out seminar held at the IPA in London today.

For Thomas, the event has transformed over recent years into a "huge mashup", attracting an ever-more-diverse selection of attendees and prize entrants. The global south and east are increasingly represented among the winners, with South Korea, Romania and China scooping their first-ever Grands Prix in 2011. Agencies no longer have a stranglehold on the awards, with Google also taking a Grand Prix of its own last year for its first-ever TV ad. And, with clients making up 20% of the 2011 festival's attendees, the actual business effects of the campaigns are becoming increasingly important. "It's creativity that really shifts the needle," Thomas added. "And it's a really big deal for clients to realise that."

There were three big shared features of many of 2011's Lions winners, according to Thomas.

In what is possibly a recession-driven trend, many entries were concerned with "what it feels like to be a certain nationality". For example, Romania's 2011 Grand Prix winner featured the rebranding of chocolate bar brand ROM. The brand's packaging traditionally featured the Romanian flag; for the campaign, it featured the US stars and stripes instead. This, inevitably, stoked anti-American fervour among customers, a lot of earned media support, and a much buzzed-about return to the traditional Romanian packaging.

Another high-profile example of nationalistic branding, this time in the US, is the already-iconic 2011 Chrysler campaign highlighting Detroit's importance as a hub of the automotive industry. Rap icon – and local hero – Eminem featured in the campaign's launch two minute TV spot that ran during the Super Bowl in January. The ad picked up a total of five Lions later in the year.

Agencies going the extra mile in reshaping clients' products and services, rather than merely designing an ad campaign, found favour with juries last year. A key example is Tontine's 'Dated Pillow' campaign, which won two Lions and subsequently picked up the Grand Prix at the 2011 Australian Effies (Warc subscribers can read the full case study). 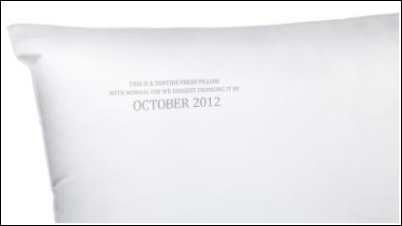 Tontine needed to increase pillow sales, but consumers tend to put off these purchases. So the agency suggested stamping the pillows with a best before date, and running ads pointing out the hygiene implications of keeping your old pillows past this date. This simple innovation boosted sales by 345%. "This campaign is a typical winner these days," Thomas added.

In many categories, you need to have digital elements in order to stand a chance of winning, with Thomas conceding that a pure-play direct mail campaign is unlikely to win another Lion. An increasingly well-trodden route to success is to integrate digital deeply with marketing activity, and even with the product being marketed itself, as in this Domino's campaign for Japan, promoting a new GPS-based delivery service. 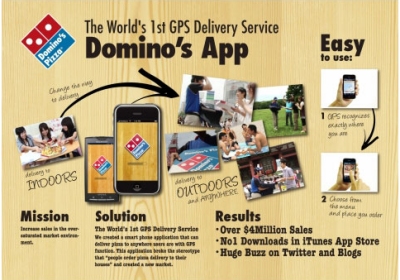 But, of course, if the campaign is digitally-driven, it's important to try to be as cutting-edge as possible. A location-based app that might have raised eyebrows last summer could seem a bit old hat by 2012.

Of course, a badly put together case study is unlikely to win a prize for a campaign, no matter how great the creative or impressive the business results. Thomas highlighted some particular bugbears of jury members, including over-long campaign video length: while many videos clock in at over four minutes, telling your story in as little as 90 seconds can work very well. Many jury members won't speak perfect English, so subtitles are often helpful; more broadly, authors need to explain the cultural context of their ads. Humour, in particular, doesn't always translate.

And try to avoid the (by now traditional) blanket statement that the campaign "went viral", accompanied by an obligatory screenshot of a Twitter timeline. "It's the hyperbole that juries really hate," Thomas added.

Still need guidance for your entry? White papers and other guidance can be found on the Cannes Lions website, and you can browse a comprehensive set of Creative Effectiveness cases on Warc. Best of luck!