The IAB’s Brendan Thomas describes how the internet and “Big Tech” can be both a help and a hindrance to small businesses.

These days in Washington DC, bipartisan compromise seems hard to come by. Look closely, however, and you’ll notice at least one issue where both parties, Democrats and Republicans, are finding common ground: the regulation of “Big Tech.” As digital technology and data have transformed communications and commerce, so too have the most successful companies captured the attention of lawmakers in the US, where the rapid pace of change has become a political issue.

It’s not just lawmakers. While instant information on smartphones and same-day delivery e-commerce are as popular as ever, surveys show the American public has mixed attitudes about emerging technologies’ effects on our economy and society. Some of the controversies are as old as time. How big is too big? But in attempting to solve them without proper understanding, our representatives could reverse the astounding progress we’ve made since the advent of the internet.

As Harvard Business School’s Dr. John Deighton writes in “The Economic Impact of the Market-Making Internet,” a quadrennial study from the Interactive Advertising Bureau (IAB), the ad-supported internet “has shaped US economic development on a scale comparable to, and likely exceeding, the introduction of electrification in the last quarter of the 19th century.” No other technology has done more to spur innovation and competition, level the playing field for small businesses, and create communities of shared values and interests, online and off.

More than 17 million US jobs depend on the commercial internet, which contributed nearly $12.45 trillion to the country’s economy in 2020, a 22% growth rate over four years. The US economy grew between 2% and 3% during the same period. IAB’s study also shows that small businesses and self-employed individuals account for the largest share of internet jobs.

Digital advertising fuels the modern, commercial internet, supporting free search tools, email, navigation, news and entertainment that Americans value at over $30,000 annually. The most cost-effective kind of advertising for businesses of all sizes – data-driven, personalized advertising – happens to be the most convenient for consumers as well. Brands, agencies, publishers and technology platforms dedicate enormous resources to serving ads tailored to our unique needs and interests, anonymously, saving time and money across the entire digital ecosystem, and even regulation – and cookie deprecation – are not going to eliminate third-party data.

As advanced as it is, digital advertising is less expensive than traditional forms such as direct mail or TV, helping to reduce the cost of goods and services. Some of the most exciting advancements in the sector center on protecting consumer privacy, another reason why efforts to ban “surveillance advertising,” as some well-funded opponents are calling it, are so misguided. If they have their way – and it’s often unclear who “they” are – not only would the low cost and convenience of customized advertising disappear, but so would the free and open internet it supports.

Taking its place would be a more restrictive version where only those who could afford them would enjoy the many currently ad-supported services millions of working and middle-class Americans receive for free. Ironically, laws targeting “Big Tech” and “surveillance advertising” to protect ordinary people would help the largest companies consolidate their gains, while small businesses without the same access to large audiences and data would wither, especially destructive after the pandemic forced many to migrate online. Such laws would decimate the nearly 50% of advertising and media jobs that are internet related.

Fortunately, some of the worst legislation, “The Banning Surveillance Advertising Act,” has little chance of passing Congress. But its central theme has become pervasive on both sides of the Atlantic. The idea that data-driven, personalized advertising is an unfair and deceptive practice appears in a recent petition to the Federal Trade Commission to ban third-party data from intermediaries. However, the congressional legislation’s broad language could affect almost all targeted advertising. The FTC petition suggests the entire internet could be a problem. After all, exchange of information is its key feature.

The European Union’s “General Data Protection Regulation” (GDPR) purportedly a law to protect Europeans’ personal data, is making it harder for any business to operate, not only advertisers, because in today’s Information Age every company is a technology company – including small businesses on Main Street. Increasingly, laws to control their access to data and its variety of applications appear to be ideological or territorial disputes that threaten ordinary peoples’ livelihoods. Along with hundreds of small businesses and creators, IAB recently launched the Internet for Growth initiative to ensure that never happens.

The new coalition, with the support of over 700 IAB member companies from every corner of the advertising industry, exists to inform policymakers and the public of the ad-supported internet’s benefits to the US economy, states and localities, entrepreneurs, their friends and families.

Members of this coalition don’t wear rose-colored glasses. We understand the delicate balancing act of governments considering privacy, antitrust and other policies in response to concerns about fairness. A better solution than laws punishing a few big companies would be a federal privacy law alleviating the confusing patchwork of state laws that make it difficult for smaller ones to compete. Even better, as the IAB’s Digital Media Apprenticeship program is doing, let’s train the next generation of Americans to succeed in the Information Age, where data science, digital marketing and e-commerce skills are in high demand.

The internet has created a staggering abundance of news and information, business opportunities and consumer choice. On the other hand, sometimes it takes more effort to discern the obvious. The IAB and Internet for Growth aim to clarify the conversation about the benefits of the modern internet. A prosperous future is worth it. 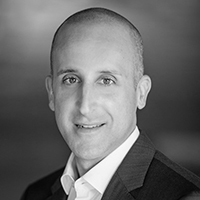 Brendan Thomas is the Executive Director of Internet for Growth, an initiative of the Interactive Advertising Bureau, supporting the transformative role the advertising-supported internet plays in empowering America’s small businesses, helping small innovators, entrepreneurs and creators bring their ideas to life.
Get a demo
Topics
Send feedback