Winning Gold at the 2020 IPA Effectiveness Awards, Guinness is proof of the returns of consistency in long-term brand building. WARC’s Chiara Manco looks into the powerful influence of its ‘Made of more’ brand platform.

Winning Gold and the Best Multi-Market Award at the 2020 IPA Effectiveness Awards, Guinness’ eight years of ‘Made of more’ are testament to the value of a long-term brand platform. With short-termism in the firing line and anecdotal evidence suggesting that marketers will be planning to invest more in brand than in performance in 2021, the paper is a valuable reminder of why marketers shouldn’t neglect the long term.

Written by AMV BBDO’s Lisa Stoney and Craig Mawdsley, ‘Guinness ‘Made of more’ 2012–2019: Consistency × creativity’, not only details the platform’s journey over the years, but ends with a calculation of its exact value. ‘Made of more’, which kicked off in 2012, is estimated to have generated an extra £1bn in sales for Guinness in Ireland and Great Britain. 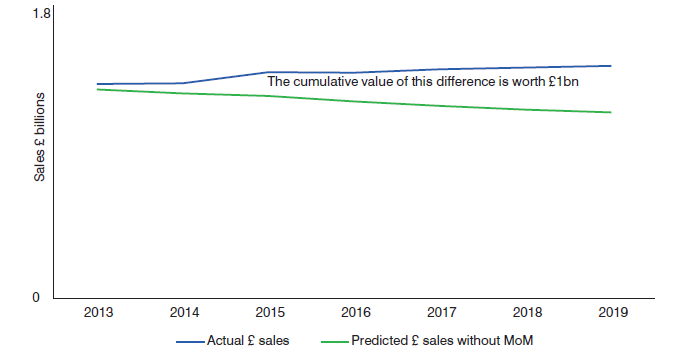 The ‘secret sauce’ to ‘Made of more’ is what Stoney and Mawdsley call the ‘consistency x creativity’ formula. And looking at Guinness’ work over the years, this is precisely what one sees: a powerful creative idea that retains its core philosophy while evolving.

Since 2012, Guinness’ trademark advertising has consisted of pathos-filled films that reflected the brand’s purpose of being ‘a bold beer for those who like to make bold choices in life’. While often tackling weighty subjects, the ads manage to be culturally relevant without coming across as inauthentic or forced.

Back in 2017, during a WARC event, David Edwards, Strategy Partner at AMV BBDO, said: "We're only a beer. There's only so much we can say in the context of politics, social, cultural, economic problems. We're not leaning into that context and problem, we're leaning into the nature of the human character that sits on top of it. But because we're leaning into those things it becomes culturally relevant.”

So, the 2013 wheelchair basketball ad was less about disability than it was about camaraderie. Similarly, the 2014 film on Shane Williams – one of Wales’ greatest players, initially deemed too short to play rugby – was about courage and commitment shot through the prism of physical disadvantage. Whatever the creative expression, ‘Made of more’ has always been about individuals’ strength and resilience in the face of adversity and prejudice.

Guinness’ 2019 ‘Made of more’ iterations, examined in depth in the IPA paper, are the culmination of the brand’s single-minded focus on brand building through consistent communications.

With the goal of establishing leadership in rugby, the brand started off by activating its sponsorship of the Six Nations through two stories of family and rivalry – The Purse and Sisters – prime examples of the kind of emotional storytelling Guinness is famous for.

Writing about effective brand advertising in WARC’s Marketer’s Toolkit 2020, System1’s Orlando Wood advised: “Appeal to the right brain’s understanding of lived time, its love of wordplay and the relationships between people. Ditch the didactic tone of modern advertising and portray an unfolding story instead. Humour is perhaps the most important tool in the creative’s toolkit.”

Guinness’ stories are never short of unexpected turns, little nuggets of humour and wit, even when dealing with serious subjects, as The Purse shows.

Next, Guinness looked to use its influence to affect positive behaviour change. In line with society’s evolving notions of masculinity, the brand wanted to break the stigma around drinking water when out with your mates, especially when watching sports. Through a PR-led campaign, it rebranded tap water as Guinness Clear, promoting responsible drinking with the tagline ‘Sometimes, less is more’. 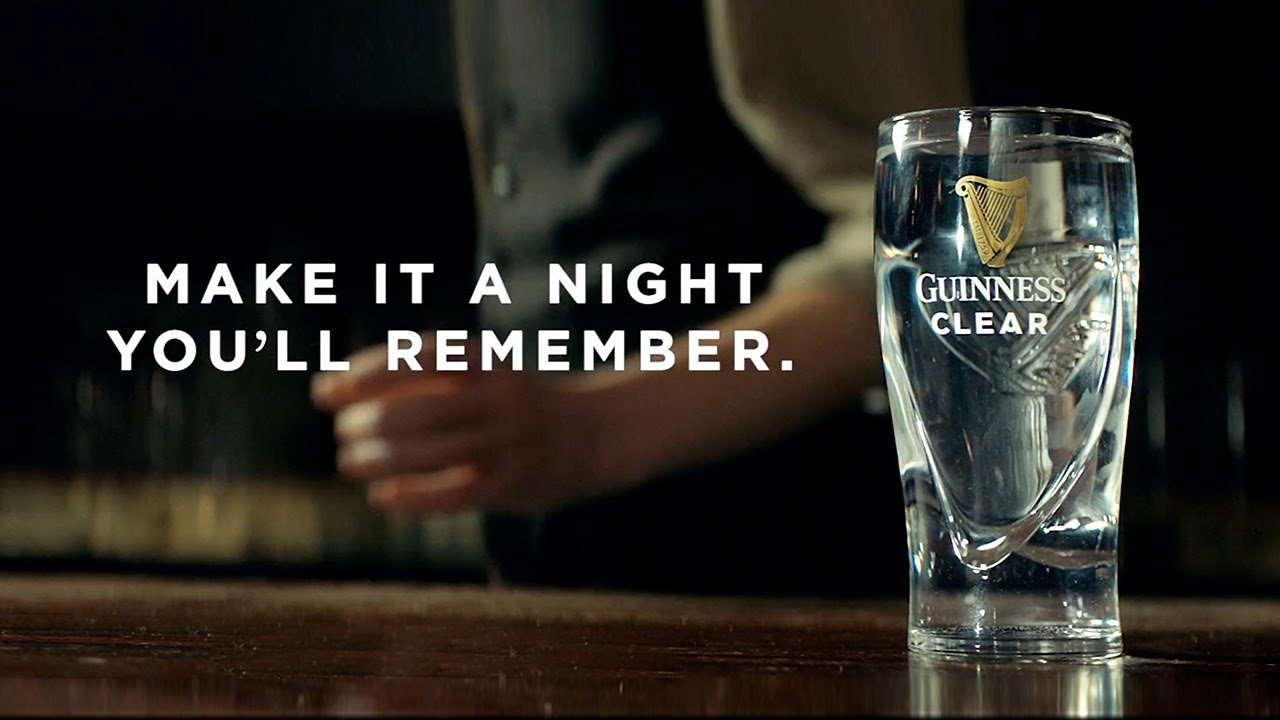 The two initiatives led to volume uplifts in both Great Britain and Ireland, and delivered the biggest gross profit ROI to date in Great Britain.

The final 2019 campaign embodied ‘Made of more’’s core philosophy of carving your own path. Liberty Fields told the story of Japan’s first women’s rugby team, celebrating the athletes’ resilience and strength in the face of social prejudice. The film was backed by a documentary, social media activations, an ITV special and venue takeovers. 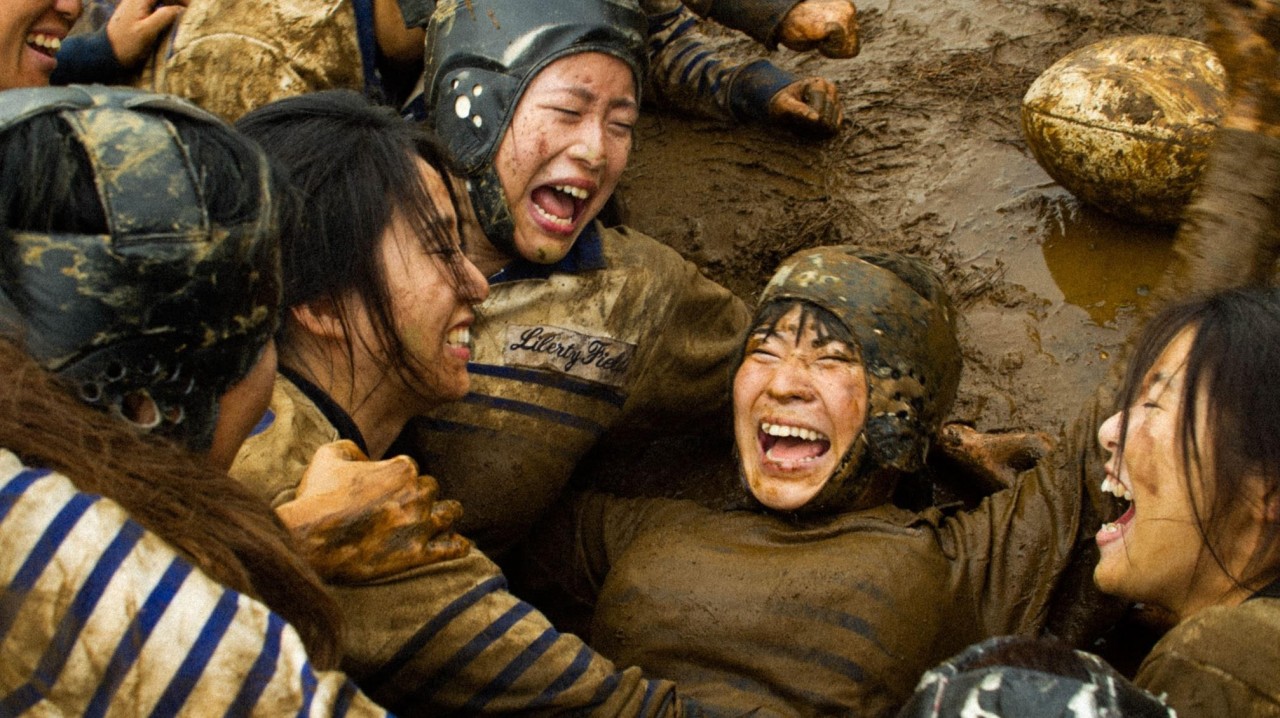 While it is too soon to calculate results for Liberty Fields, Guinness has good reasons to believe it will continue the trend of rising ROIs, with Kantar post-testing indicating it may be the brand’s highest-scoring ad ever.

While the IPA victory rewards the brand’s success over the past eight years, it’s important to highlight how the ‘consistency x creativity’ formula ensures ‘Made of more’s growth and, in turn, Guinness’ prosperity in the future.

As Jo Arden, CSO, Publicis Poke, judge of this year’s IPA Effectiveness Awards, observed: “‘Made of more’ is a long-term strategy which has paid back consistently and continues to provide a firm foundation for the full spectrum of that brand’s communications tasks. Perhaps most importantly right now, it is a thought which is at once fixed and flexible.”

Guinness is proof of the returns of long-term brand building. And with other winners of this year’s IPA Effectiveness Awards expanding on years of consistent comms – including Grand Prix winner Tesco and Gold winner John Lewis – there can be no doubt on the payback of “fixed and flexible” ideas for brands.