Bridget Angear, founding partner at craig+bridget describes how Baileys reversed a decline to become a Diageo star performer using an occasion-based strategy that worked across multiple markets and won silver at the 2022 IPA Effectiveness Awards.

Baileys had been over reliant on being served as an after dinner liqueur, especially at Christmas. And it was not serving them well. The brand had been in volume and value sales decline since 2008. Going back to the unique product truth that Baileys was part cake and part booze helped rethink the brand from a liquor to an adult indulgent treat. This shift unlocked new occasions and new serving suggestions for the brand. There are a million different ways that Baileys can make a treat more indulgent (poured over ice cream or cake, in a milkshake or in a coffee). All so much more fun, spontaneous and creative than over ice, after dinner. Putting the spotlight on delicious ’treat’ moments opened up a whole world of new media opportunities beyond the traditional emphasis on long form TV during the festive period.

The further an idea has to travel, the simpler it has to be

A large part of the success of the pursuit of pleasure strategy has been how easy it has been to understand and to execute. This idea has so far travelled to 153 countries (there are only 195 in the world). We think a record in IPA effectiveness papers.

Execute with consistency but keep it interesting

Marketeers tend to get bored of ideas long before consumers do and Baileys had been guilty of changing direction every few years. This idea has helped the brand establish distinctive assets that it had not enjoyed previously and has so far endured for over eight years (longer than any other idea in the brand’s history). The cleverness of this idea is that it can be both ever consistent and ever changing. The core idea remains the same but the servings suggestions can be endlessly refreshed. (Rule Six in How Brand’s Grow by Byron Sharp : Be consistent, avoid unnecessary changes, while keeping the brand fresh and interesting).

Baileys had long been in the shadow of its more successful stable mates Guinness and Johnny Walker and management had lost confidence in the brand which had led to fewer resources being available. As the success of the pursuit of pleasure grew, so did internal confidence and levels of investment. Success breeds success and this internal belief that there is still more scope for growth has helped keep the brand moving forwards. This quote from Cristina Diezhandino, Chief Marketing Officer, Diageo illustrates the point,

“When I look at Baileys now, it’s hard to imagine that it was once a brand we had nearly lost faith in. It’s now one of our big success stories. Because this idea works, and works everywhere."

Data helped Baileys uncover what it was that really motivated consumers.  It has helped drive the media strategy and it has helped build confidence to roll the idea out to more markets with more investment. And of course data has meant that this IPA paper could be written and the learning from it added to the body of knowledge we have about how advertising works. Diageo’s commitment to being a data driven organization is second to none.

Mars may have used the phrase ‘pleasure you cannot measure’, but in the case of Baileys, we most certainly can.

The pleasure dividend from this campaign has so far been calculated to be €250m of gross profit over 5 years in the markets where it was modelled. This is  €100m more than the brand’s previous ROI would have delivered and €70m more than the category average. 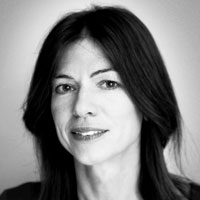