What was the campaign objective?

There was an expectation of 10% year on year growth on a budget of £345,000, so we had to be creative in how we tackled the problem! We realised that we could only afford to be on air a certain number of weeks using our media money in a conventional way. We also realised that there were 130,000 parents who started weaning their babies without us because we weren’t connecting with them. That brought about a shift in our business objective towards ensuring that Ella’s Kitchen doesn’t miss a single parent at the start of the weaning journey.

In the IPA Silver-winning case study, you talk about ‘supporting rather than selling to parents’. Tell me how that shift came about.

Paul Lindley [Ella’s Kitchen founder] set up the company because of his strong ethos around helping parents and getting the best food into little ones. So instead of doing a cheesy ad, we prepared a mailer to help parents through the weaning process. Since writing the IPA paper, I’ve had another baby and I got the wallchart and had it in my home. It was incredible – so simple and powerful; it was genuinely something helpful. 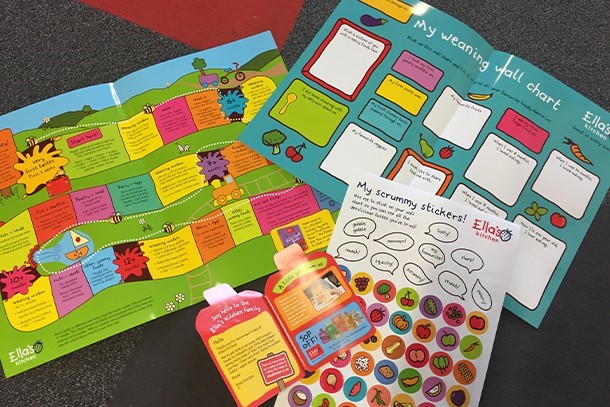 Why do you think it had such power?

As human beings go through different life stages - first jobs, first loves, parenthood, moving to a new house – those times are when they are most open to brand support. Yet very few brands in this world offer emotional support on an ongoing basis. Ella’s Kitchen identified a pain point and developed something super simple and effective that was also generous.

We are talking a lot at WARC about the pivot back to brand and how physical manifestations of brand experience in real life can help bring a brand to life. With that in mind, tell us about the pop-up shop.

It was a test kitchen for parents to explore an idea that we’d been working on with Reading University where they created stations for babies to play with different fruit and vegetables. Because Reading University, which Ella’s Kitchen has always worked with to understand what’s important when it comes to weaning, had done research that showed that babies were more likely to eat a cauliflower or a tomato if they’d played with it first. The pop-up shops gave out different products, and experts in nutrition talked to parents. We learned so much by bringing together consumers and experts in the same room. We also had a panel of parents who we used to research ideas with and generate new products. That got us as close as possible to mums, dads and babies because that’s where you understand what’s going to make a difference.

Ella’s Kitchen understands kids and parents because it was conceived by changing the rules, and seeing things from a kid’s perspective: so it used bright colours instead of pastel ones, and didn’t give the meals grown-up names. Instead , they were called ‘the yellow one’ or ‘the red one’. The very DNA of the business was set up to support parents and understand what they need.

The feedback we got from them is so emotional because they really needed support. Weaning is an emotional and stressful journey, not just for babies but also for parents.

You very proudly show that you don’t need TV to drive awareness in your paper! Tell us more about your media selection.

We didn’t have the budget for a big TV campaign, so we had to reinvent and do things differently. We used Babycenter and Facebook to recruit parents and engaged in a different way. We also did a lot of in-store based recruitment working with Boots. 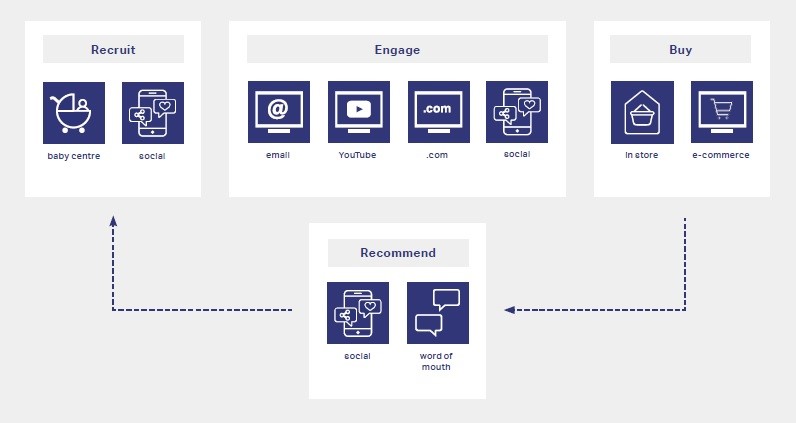 Your IPA paper mentions ‘turning parents into advocates’ a smart move, given that influencers and WOM play such a key role in this target market. Explain how you achieved this.

Participation and engagement are baked into Ella’s Kitchen. That means the role the brand plays for both big and little hands, especially when it comes to weaning. Participation needs to be central to what we do, whether it’s the wall chart or stickers. A weaning baby might not use the stickers but they might have a three-year-old sibling who loves them. That knowledge of the audience helps to drive participation and activation.

The gratitude Ella’s Kitchen receives from parents is overwhelming: letters and photos with kids with pea purée all over their face – and that content that has a social media power of its own. It’s a really easy time to engage because parents want to share and spread the word about the brand.

How important was the employee engagement angle to the success of the campaign?

It’s of huge credit to Paul Lindley that Ella’s Kitchen has such a strong culture built around supporting mums, dads and babies. That is the bloodline of the business because if employees believe in what they’re doing, they are more likely to stay and be happy and do great work – it’s a virtuous circle.