The gender divide story in India is not new but Neeta Dsouza argues that there’s room for brands, especially brands in India, to do more to elevate women and support gender equality.

A couple of months ago, I came across a static ad that dairy brand Amul released called Favourite all-rounder. I’ve been a big fan of Amul, until this communication. The cartoon shows women juggling their personal and professional life and mastering it. 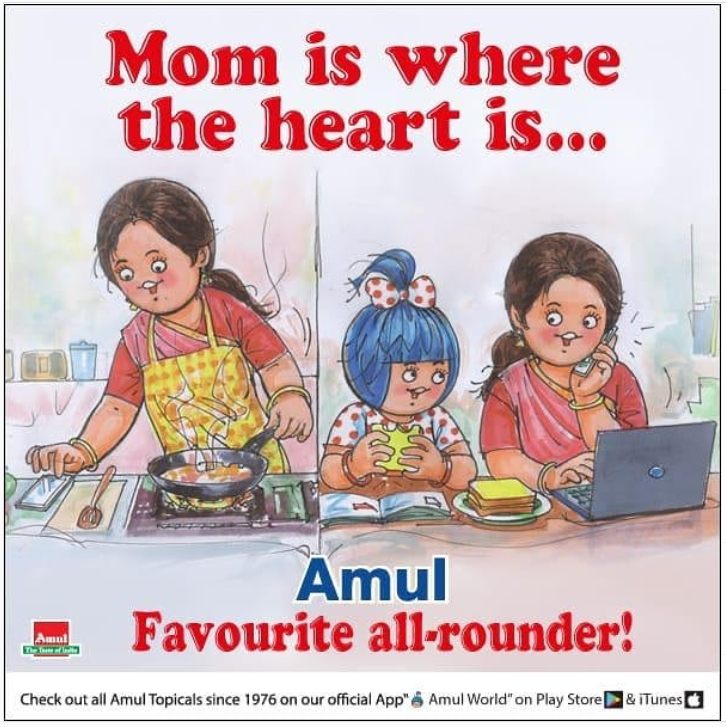 Amul has never claimed to champion women’s issues or lead a feminist movement but such an unrealistic portrayal of women effortlessly multi-tasking reinforces existing gender stereotypes.

The gender divide story in India is not a new one.

According to the World Economic Forum’s Global Gender Gap Index 2019-2020, which measures the extent of gender-based gaps in economic participation and opportunity, educational attainment, health and survival, and political empowerment, India dropped four places from 2018 to 112.

However, women have come a long way in India. Modern-day India sees women matching shoulders with men, taking on responsibility and newer roles without uncertainty and fear, standing up for themselves and others in various walks. Indra Nooyi, Kalpana Chawla and Priyanka Chopra are just a few among the many names that have made a mark locally and globally. But the recent Netflix series “Indian Matchmaking” sheds light on how women are still arrested by the clutches of an unequal society.

Some of the more sinister statistics that raise questions on whether we have really reached equality as far as women are concerned include:

To aid the cause of equality among women, many groups have tried to make changes including brands trying to represent this cause. But are brands that claim to champion the feminist movement helping the cause or undoing the work already done in the field?

1. Using feminism as a tool to fuel capitalism, without trying to change the societal structure

One example is Dove. The brand represents this idea of real beauty, without editing or filters. They have, since the inception of “real beauty” presented a plethora of commercials aligned with the ideology, from Dove evolution, Dove campaign for real beauty to Dove real beauty sketches.

However, these ads tell us others still see you as beautiful, even if you don't, as opposed to saying beauty should not be a parameter to be yourself or appreciate yourself. In the case of the body positivity ad, the focus is still on the female body rather than suggesting how your body looks is not important at all.

2. A dangerous relationship between female liberation and female beauty

With every stride we make with feminism, the beauty parameters have become crueller and more toxic. Tough representation in media and brands have fuelled unreasonable expectations that have weighed down on women from the moment they were born.

One example of this is Fair & Lovely, recently rebranded to Glow and Lovely, which reinforced the idea that “fair” alone is the key to success undoing any work the third wave of feminism may have done.

3. Normalisation of the “clueless man”

Airtel’s Wife Boss ad showed the wife as the husband’s boss, an independent working woman, and yet when she reaches home she’s the one to come home and cook dinner for him, maintaining the stereotype that women are expected to take charge of household chores. This reflects the narrative of a “man who is lost in the domestic space without a woman”, which is deep-rooted in patriarchy.

However, there are commercials that lend a real voice to the feminist movement, but are we still just scratching the surface?

The Always #LikeAGirl campaign which launched in 2014 is an earnest ad that empowers the female consumers, turning a long-standing insult into a change in behaviour. It tackles the anxiety young girls feel at that age and shows them a way to turn things around. The feminine products brand has sponsored puberty education for girls around the world for three decades, and this sustained dedication to women’s issues is what elevates their femvertising attempt above many other brands.

Libresse, with its latest commercial #WombStories outlines the fear, shame, anger and pain that women go through. This highlights how it is not just about the major discomfort women experience during periods but also the many complex emotions associated with it.

When brands claim to champion feminist movements but do not walk the talk, they run the risk of undoing the work that has been done in the field. This tokenism contributes to an illusion of progress and allows the millions of consumers who see these ads to believe equality is closer than it actually is, creating a diversity blind spot and obstructing the progress already being made.

With the ease of access to social and digital media as a platform to express opinions or action a change, women tend to look at advertising and strongly believe that advertising is contributing to a better representation of women, however, it is time for the industry to do more than just communicate a cause.

How brands can do more

1) Promote a positive and happy representation of feminism

Why: Many women believe in gender equality but are distancing themselves from the feminist label for fear of being perceived as hating men. They need to be represented in their complex and multiple roles devoid of sexuality, with their personalities on display.

Think about: A more positive and equal representation where women are not portrayed as victims waiting for the brand to rescue them. If it has never been done before, then even a representation of an ideal-equal-gendered-world would work wonders.

Currently, advertising steers clear of the use of the terms Feminist or feminism as to not wanting to alienate those who do not identify with those terms.

Why: Currently, advertising steers clear of the use of the terms Feminist or feminism as to not wanting to alienate those who do not identify with those terms. This puts brands in the performative tokenism space away from actual representation. How will negative connotations surrounding these terms going to change if they are not used in their most accurate forms?

Think about: Social movements are rarely neat, tidy and consumable, so should we stop picking parts to associate with and go all out? This can be done by celebrating female and male feminists who broke glass ceilings to advance gender equality.

Why: In an age where a company purpose is being questioned by consumers, creating support platforms helps them walk the talk. It can also open up avenues for business such as Google’s platform HWGO which helps women get internet access, making them more independent and inviting prospective consumers.

Think about: A platform for women needs to help them face various challenges to come together and find support. One avenue brands could go down is providing scholarships or employment support to uplift women from various castes, class, colour and gender to help them pursue their dreams. Another opportunity is to work with NGO’s which doing work at a grassroots level, could your brand help create opportunities either in terms of employment, income or education?

4) Living and breathing diversity internally as well as externally

Why: It is important to change lip service into tangible action. More female representation brings a varied perspective to problem-solving and provides an opportunity to create a more equal world.

Think about: More representation in the boardroom. When ads are made to uplift women why aren’t we looking at female directors?

Feminist movements have, and will have to, continue finding strategies to promote their gender justice agendas within new configurations of global power and influence. Images of women may not convert everyone to fight challenges women face at every level, but they can influence what women think they need to have or how they need to deal with situations.

According to Forbes: “Women drive 70-80% of all consumer purchasing, through a combination of their buying power and influence.” Influence means that even when a woman isn’t paying for something herself, she is often the influence or veto vote behind someone else’s purchase. Given this is true it only makes sense to elevate the rights of your most valuable consumer.

Inauthentic support devalues the idea of equality for women and that is dangerous not just for the purveyors of business behind this messaging but to the feminist movement itself.

So brands, are you listening? 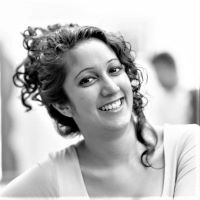 Neeta Dsouza is a Mumbai-based freelance writer with a decade of experience spanning across communications planning and creative brand planning, covering Insights across the marketing and advertising industry.
Get a demo
Topics
Send feedback