How are you getting on with your New Year's Resolutions? A few days in and are you still on track? Or do you reckon that by February those good intentions will be just that - good intentions.

You won't be alone in this as most of us struggle with a well-known phenomenon in behavioural science called the intention-behaviour gap - where people have strong, good intentions to do something but never actually get around to doing it, or start, but don't manage to sustain it and give up.

Here are four tips grounded in behavioural insights which can help you turn intentions into actions.

One of the most promising strategies turns out to be that well-known concept, the action plan or, for behavioural scientists, 'implementation intentions'. It involves specifying when, where and how you are going to 'do' a behaviour or work towards a goal.

If you want to give something up, it can be hard to fill the void it leaves. Habits are wired into the neural networks of our brain. We can, with a lot of effort, overwrite them, but they will always be there, lurking beneath the surface.

So substituting a bad habit with a new, better habit can be a good solution. It helps to explain the success of e-cigarettes - people don't have to change the physical habit of smoking.

The same principle has been applied to spending habits. The UK's Money Advice Service (MAS) recently ran a trial with households under financial strain asking them to select a costly spending habit which they might substitute with a less expensive one. The MAS found that people tended to be more successful in this intervention when their substitute provided an equally enjoyable reward.

Only the most determined of people will succeed in achieving any goal if it's not easy to make happen. We can be lazy, cognitive misers; if something feels confusing, requires too much thinking or takes too many steps to make happen, chances are, it won't happen.

BJ Fogg, a behavioural scientist at Stanford University and expert in behaviour change, suggests sitting down initially and setting out ways to make doing a new behaviour (your resolution) easier in the future. This includes doing actual things that help structure future behaviour (e.g. booking a personal trainer) and doing hard things that reduce future barriers to the new behaviour (e.g. chopping vegetables at the start of the week so healthier meals are quicker to prepare in the evenings).

4. Make only one New Year's resolution

Research has generally found that we are more successful in achieving goals when we set a single, clear and achievable goal. People who set themselves more than one goal are more likely to give up, lose motivation or forget one or all of their goals.

Research on goal setting has revealed that having too many goals may lead us to focus on those that are easiest to achieve. We prefer quantity over quality and aim to accomplish a large number of easy goals instead of tackling only a few which are more difficult, or the most important ones.

One of the reasons people often give for not meeting a goal, is that they 'didn't have time'. Yet what they are actually saying is that they didn't make it a priority due to other demands (including other goals) in their life. So, making a success of your resolution may mean looking at your diary and working out how to move your resolution up your priority list.

It is not too late to rethink those resolutions; cut back to one key resolution if possible, make a plan that is sensitive to your individual context, try to remove any barriers standing in the way of achieving your goal and look for ways to dial up the triggers and cues that will encourage you in your journey towards it.

Anything that will make it easy or at least easier to do is a good thing.  But by the same token, you might also need to devise barriers against slipping back into old habits.

One final tip - if you can divide up your goal into smaller chunks so you can feel a sense of progress as you 'hit' each one, you will find your goal even easier to reach. 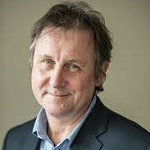 Crawford Hollingworth is founder of The Behavioural Architects.