This article is part of the February 2022 WARC Spotlight Canada series, "Themes that will influence marketing.” Read more

In our first WARC Spotlight on Canada, we illuminate that Canadian consumers have distinct habits when it comes to what brands most want to know about – shopping behavior and media consumption, chief among them. It’s a country where consumers prefer to shop and pick up merchandise in-store instead of paying shipping charges, linear TV is consumed in larger volumes than digital TV, and Netflix ranks far higher in streaming platform preference (65%) than the global average (41%) (See the WARC Spotlight Canada infographic: Canada by the data: Its population, ad spend, media consumption, and DEI).

But let’s face it. Even though Canada has a population of almost 40 million, when North America is referenced, it’s usually about the United States. Long taken for granted as an extension of the US, Canadians generally don’t demand attention or respect the way their southern counterparts do, the exploits of the recent truck convoys (who saw that coming?) aside. But Canada is a showcase of good work and great results, and what turns out to be a lot of collaboration and planning. And a little Justin thrown in for a tiny Bieb of marketing fun. 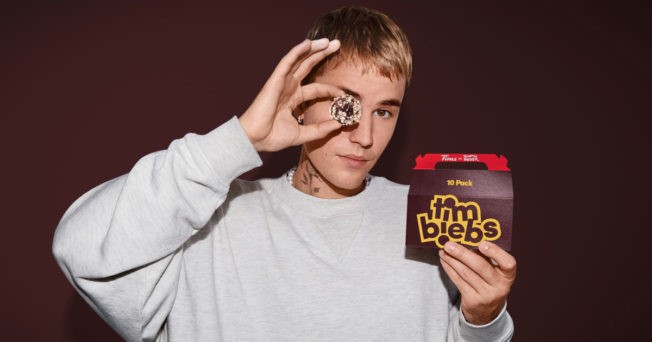 The late 2021 campaign for quick-service brand Tim Hortons featuring Justin Bieber and three limited-edition, Bieber-created flavor “timbits” (note to Americans…think Dunkin’ Munchkin) saw the brand step out of its spokesperson comfort zone of sports figures and into music. Coffee competition is brutal, and Tim Hortons needed a refresh, and a wider audience to better compete. Enter Justin and his younger demographic of fans.

Jose Cil – the CEO of Restaurant Brands International, which owns Tim Hortons – said during an earnings call in February 2022, that the promotion “was one of the more successful traffic-driving initiatives in recent memory.“ It resulted in a 10% rise in in-store sales in Q4 2021, quite a rebound from an 11% decline in the same period in 2020.

History and tradition are common passions across both the Canadian people and Canadian brands – and that can be comforting, dependable, and sometimes complacent. But it also stands out that the country’s heightened focus on diversity, equity and inclusion (DEI) is often at opposition with its tradition. Trinh Tham, CMO for the venerable men’s luxury goods retailer Harry Rosen explained in an interview that in a recent brand refresh, close attention was paid to modernizing the brand’s values and adjusting its purpose to include a younger, more inclusive and diverse audience while retaining the core (read older-skewing) heritage that built the 68-year-old brand.

On diversity: There is more that unites Canadians than divides them

A 2021 study by research firm Kantar and the Association of Canadian Advertisers, the industry body, revealed an eye-opening statistic. When asked: “Is your organization actively taking steps to be more diverse and inclusive?” fully 81% of Canadians polled said ”yes” as opposed to 60% globally. Maybe that result is to be expected from a diverse nation, but unlike the current situation in the US, Canada appears to be embracing cultural diversity with a lack of rancor. When you consider that Labatt Beer, an iconic Canadian beer brand, was marketing directly to LGBTQIA+ consumers approximately 20 years ago, as Kyle Simons from One Method and Wahn Yoon from BlueBlancRouge point out in their piece on the history of marketing to this audience, that makes sense. More contemporary efforts show how this is continuing to play out.

For National Indigenous History Month last June, Sephora Canada added to its existing “We Belong to Something Beautiful” brand platform by showcasing Indigenous talent across all aspects of the campaign, both in front of the camera and behind the scenes – with Anishinaabekwe activist and filmmaker Sarain Fox of Landback Studios serving as a campaign advisor and the narrator of the campaign video.

Harry Rosen, for its part, used a recent men’s grooming launch to highlight diversity in a completely authentic way. The retailer’s approach was to center the campaign around how men from different backgrounds go about grooming, and it featured a member of the indigenous community who emphasized that in his culture, hair is only cut when there is a spiritual reason to do so.

On privacy: Poor planning on your part doesn’t constitute an emergency on mine

The one common topic in the forefront of marketers’ minds everywhere is privacy and the imminent demise of the third-party cookie. As Americans continue to pay short shrift to regulations like GDPR in the European Union (EU), Canadian marketers, trade bodies, and the Canadian government have been planning. And planning.

September 2021 saw the passing of Bill 64 in Quebec, as this Spotlight article by Sonia Carreno of IAB Canada, another industry body, points out. This is a BIG deal – a first shoe to drop, if you will. This bill obliges corporations to appoint a privacy officer, brings privacy regulation closer in line with EU GDPR requirements, invokes the right to erasure (“right to be forgotten”); with two new tiers of monetary penalties. These eventualities have moved many Canadian brands to deploy Consent Management Platforms (CMPs) which make the communication about data policies, collection, and use more transparent well in advance of future legislation.

IAB Canada, along with the privacy community, has been developing the localized response to GDPR and has been modeling its Transparency and Consent Framework (TCF) to align with the current EU framework. And although the EU TCF was recently repealed by the Belgian Data Authority, IAB Canada continues to develop guidelines for the industry and will adapt the framework for Canada as EU privacy protections advance.

In terms of how brands will build targeting capabilities going forward, Laura Main, Managing Director of the Canadian arm of adtech company Quantcast predicts in this article that “it will come from a wide variety of ‘signals’ from consumers – real-time data inputs from across the internet, including first-party data (with consumer consent), contextual approaches, cohorts, and identifiers.” AI and machine learning will then turn those signals into “a single, coherent story,” she says.

On purpose: It’s not a checkbox, it’s part of your brand DNA

As with DEI, Canadian brands generally don’t view “purpose” as a box to be ticked. More and more, consumers are buying with their philosophies and passions. In consumer data from insights provider GWI covering Q2-Q3 2021, Canadians indicated that “reliability” and “authenticity” are the top qualities they look for in brands, at 72% and 51% respectively. Both characteristics trend significantly higher than the global averages of 55% and 44%, indicating that, in Canada, extra care must be taken when a brand leans on their purpose in messaging and positioning.

The Canadian communications and information technology company TELUS, for example, stands firm in the belief that by setting its company purpose some 20 years ago – and having that purpose be a part of everything it does – means that purpose and business performance are not mutually exclusive. They walk their own talk, investing billions in improving access to healthcare, and creating a more efficient and sustainable food production and distribution system.

A recent campaign from TELUS, aiming to more clearly tell its story to consumers of being a purpose-driven technology company, showed how well consumers respond to this kind of messaging. Its integration of both purpose and purchase messaging across multiple channels drove significant shifts in brand perception. TELUS is now viewed as being “socially responsible” by half its customers, moving the needle from one third, and it’s also made major gains in that perception amongst the broader Canadian audience.

On teamwork: Who knew marketing competitors could collaborate?

Much like IAB-Canada’s approach to privacy, trade group thinktv forged a similar path, bringing together the Canadian ad industry – from competing media owners to agencies and brands, along with Statistics Canada – to create a common set of audience segments to highly simplify the linear TV buying process. Campaigns using these segments have been proven to “reach more than 90% of Canada’s total linear television audience…” more consistently and effectively. The segments will be optimized over time with new segments being added regularly, including the most recent set added for the bi-lingual Quebec market.

Initiatives such as this are almost unheard of elsewhere, particularly in the US, which often slips into being “everyone for themselves” (broad sweeping generalization for sure, but not that far from truth). This should serve as a reality check for the US and beyond on the importance of preparedness and how collaboration really can lift all boats.

On identity: Just be yourself – it’s the Canadian way

Trinh Tham from Harry Rosen summed up best what makes Canadian brands, well, Canadian. “It's always been so interesting to try to figure out how to bring heritage and diversity together. I feel that Canadian brands can do that. I don’t think brands have to be one or the other, you can just be Canadian – and that's just what makes us who we are.”

Somewhere over the rainbow: Marketing to the LGBTQIA+ community
Kyle Simons and Wahn Yoon
One Method and BBR Toronto

How Canadian brands are preparing for a cookie-less, privacy-changed world
Sonia Carreno
IAB-Canada

The power of purpose: How a focus on social purpose is delivering transformational brand and commercial impact
Lisa Mack
TELUS

Canada by the data: Its population, ad spend, media consumption, and DEI
WARC 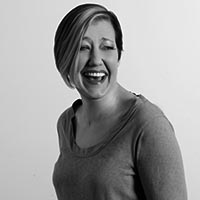 Carree L Syrek is a US Associate Commissioning Editor at WARC.
Get a demo
Topics
Send feedback