The debate about what the media agency of the future will look like continues apace. Bountiful Cow’s Henry Daglish considers whether agencies are best with a lightweight staff and contractors or a full-time team. Here’s what he’s learned.

Last month, the question about whether the current incarnation of the media agency would be fit for purpose in the coming years came up yet again, on a panel featuring media agency bosses and other luminaires from the media world.

Jem Lloyd-Williams, the UK CEO of Mindshare, posited the idea that the existing agency model consisting of a workforce made up primarily of staff on full-time contracts (the norm for many network agencies, with many having over 95% staff on such contracts) may not be fit for purpose in future.

Instead, he suggested the model could be replaced by a looser, more flexible structure: a smaller core of full-time staff would be complemented by a supply of freelancers and ad hoc project workers, pulled in, yo-yo like, on demand.

More flexible models, like these, have been proselytised by other agency bosses and, on the face of it, certainly have virtues.

Less full-time staff would take fixed costs out of an agency P&L; a more flexible approach might meet client demands for speedier, more agile agencies; also, challenges, like in-housing and competition from consultancies, might be less worrisome to an agency with a lower, less rigid cost base.

Furthermore, cosmetically, such a shift would make agencies, particularly network agencies, look nimble and forward thinking, shaking them free of the tag of being turgid tankers.

When I set up Bountiful Cow in 2016, I envisioned a similar, flexible-type workforce but through experience I have learnt I was wrong – and believe that agency bosses who purse such a model do so at their peril.

My thinking then was, as a startup, a flexible workforce would be a good way of managing our cost base and ensuring our overheads weren’t too big as we scaled.

Not only that, such a model would give us access to a breadth and depth of talent beyond that of one person; and given we would be working with flexible businesses, we felt being flexible ourselves would be a good fit.

I can say now I was unequivocally wrong and here is why.

First up, much of the best talent (understandably) is retained by larger organisations; and, as I learnt to my cost, it can be very easy to be gulled by an eloquent freelance or contract media executive, who can talk the talk but can’t deliver.

Or, to put it more crudely, there might be a reason such individuals are contractors and not staffers.

Furthermore, before any media agency CEO commits to such a flexible model, they should be minded to remember the move that creative work has in recent years become more project-based. This shift has not applied to the same extent in media.

Fundamentally, clients demand a consistency of approach and thinking across their media deployment.

Media is often any business's biggest single marketing expenditure and as such this expenditure needs to be managed and deployed carefully.

And it doesn't help if there is a litany of different freelancers involved, one after another, all of whom have different views and skillsets, with little or no historical understanding of what has previously taken place.

To get the contractor or freelancer up to speed to fit client demand can be time-consuming and expensive.

Fundamentally, I would argue for media agencies to shift away from full-time contracts is a dangerous road to go down, opening the door to even more of a race to the bottom culture, undermining the talents and skills that media agencies bring.

Bigger agencies are, at the moment, struggling to get their clients to pay the talent they deploy on their business and by implementing a makeshift model whereby unprepared contractors with ill-matched skillsets are bought in at haste could irreparably undermine media agencies.

But that is not to say that innovative working practices shouldn’t be introduced- particularly as media agencies need to constantly evolve.

At Bountiful Cow we have a work culture structured and flexible enough to help work flourish, so employees aren’t strait-jacketed into working conventional hours but work the hours best suited to them.

Like many organisations, we have employees who work best at different times of the day (some are in before 8am, as they are less productive in the afternoon; others work best at night).

We have not introduced this as a PR gimmick but in an unyielding belief that performance drives results and, furthermore, that you have to give people the flexibility and trust to find the best way to deliver their best.

For employees, it is about taking responsibility for their actions and self-management. Those who fail to pull their weight and don’t sing from the same hymn sheet don’t last long with the agency.

It is all about accountability and trust – something that, one could argue, is missing in larger agencies and organisations.

Our work culture may be not a good fit for everyone or every agency, but it works for us and has been given the thumbs up by our clients.

As media agencies continue to face challenges, agency CEOs may well look to alternative working practices to invigorate their workforces, but there’s no need to upend the existing media agency workforce model; however there’s every need to take much greater responsibility in empowering your talent by working in a truly flexible way. 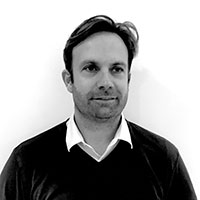