This post is a response to the article Ditching targeting for mass marketing is going back to the dark ages written by Professor Mark Ritson in Marketing Week. Ritson was commenting on a report by Warc – Mars looks beyond targeting – on a speech given by Mars Global CMO, Bruce McColl.

Mark Ritson writes: "It is impossible to teach targeting to MBA students these days without extensive reference to Ehrenberg-Bass and its theories" (Marketing Week, April 2016). That's quite a compliment given that Mark says he almost never brings academic research into the classroom.

Yet WARC invited me to write a reply to Mark's article because it seemed to criticise the Ehrenberg-Bass Institute's conclusions about the need for broad reach in order to deliver brand growth.

As I start writing I'm finding it difficult to pin down this criticism. Yes, the title is provocative, but then magazine titles so often are. Mark appears to say that Mars CMO Bruce McColl is totally wrong when he says his target is the 7 billion people on this planet. Yet he quickly backtracks: "Clearly Mars think they have a sound strategy and who am I to suggest otherwise?". Then to resolve this contradiction Mark concludes that Mars are targeting – it's just that they target everyone.

I conclude that Mark really has no problem with Mars, or anyone else, rejecting marketing textbook's obsession with restrictive targeting. Indeed, the single case study he cites, an American fashion brand whose customer base has aged with the brand, is a perfect example of the dangers of target marketing – if you concentrate your marketing on your current customers then you hem yourself into an ageing and shrinking segment. The fix is not to target youth, that's a kludge, the solution is to reverse the failed strategy and broaden the brand's reach to all those who buy the sort of clothes they sell. In "How Brands Grow part 2" Jenni Romaniuk and I set out the evidence against the traditional view that brands need to go out of their way to appeal to a sliver of their market. We explain how not to "shoot yourself with target marketing" as Mark's American fashion brand has done.

Sophisticated mass marketing doesn't mean targeting everyone, nor does it mean treating everyone the same. It means understanding the heterogeneity in your market, and then catering for only the differences that matter in order to maximise reach while not eliminating the benefits of scale. This is hugely different from deciding that your brand can't appeal to a large part of the market – a surprisingly defeatist strategy that hides under the title of "target marketing", and results in many marketing briefs telling media agencies that the brand's target audience is less than a fifth of the people who actually buy the brand and category.

Most of the differences between buyers are of little consequence. Yes people's tastes vary, but imaginative creative work can fashion advertising that speaks to all. Yes different people favour different media, but advertisers aren't restricted to running campaigns in a single medium. Some households contain more people than others, that's why there are larger boxes of breakfast cereal. The few differences that are of practical value are usually very obvious (to those that look), that's why Manchester plumbing firms seldom advertise to people who live in Edinburgh. 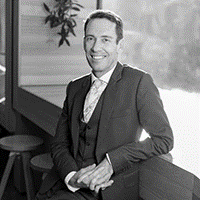 Professor Byron Sharp is Director of the Ehrenberg-Bass Institute and author of How Brands Grow. For more information visit www.MarketingScience.info.
Get a demo
Topics
Send feedback